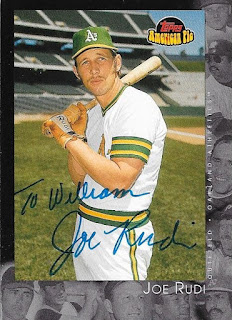 I sat on my Joe Rudi cards for some reason, but finally mailed them out, and got some nice returns.  The above 2001 Topps American Pie is a bit different for my album.  I'm all for adding different sets and subsets to the album, so this is pretty cool. 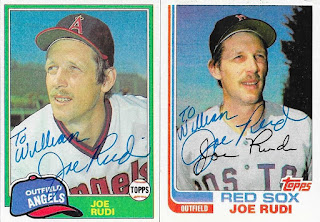 I also added some more contemporary cards, with these Topps issues from 1981 and 1982.  He inscribed "To William" on each card, which was a nice touch.