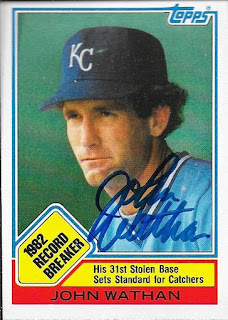 I have gotten a few TTM successes in recently that have been out in the world for a while.  One of which was this one from John Wathan.  I got some nice Topps cards signed, starting with this 1983 Topps Record Breaker.  I like getting cards like this signed.  They kind of show some things about the player that might not show up on baseball-reference. 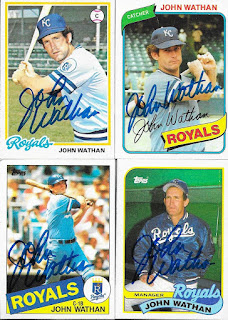