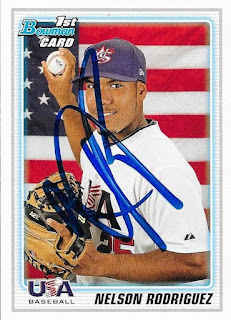 My good buddy, Nick, has been graphing in Columbus, and has hooked my up with a ton of autographs.  I lost count on all of the packages of cards that I have sent him, but he has come through by getting it all signed.

I was really glad to see that he got me this Nelson Rodriguez, because I love these cards.  I should be able to get at least one more of these cards signed this season. 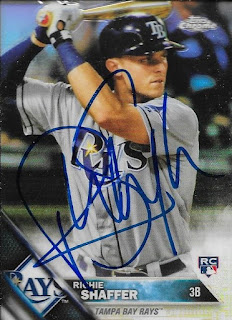 Nick was able to get a few Richie Shaffer cards signed for me, most notably this 2016 Topps Chrome refractor.  It turned out really great, I think. 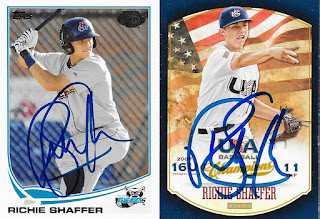 Nick also helped me with these two Shaffers, as well.  Here is a different Team USA card, but still a nice one. 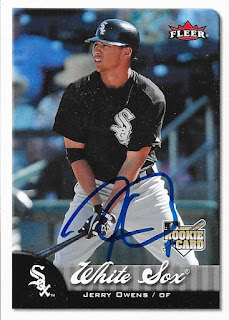 He helped me get this Jerry Owens signed for my good friend, Josh.  Josh pulled this out of a repack box, and I told him I would try to see if Nick could get it signed.  Luckily, Nick came through, and hooked me up.  It looks nice; I wish I had one, as well, because deep down, I really like Fleer products. 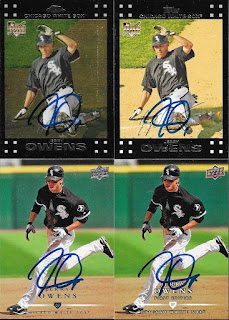 These Owens cards also turned out really nice.  I liked the 2007 Topps Chrome.  The Upper Decks turned out great, as well. 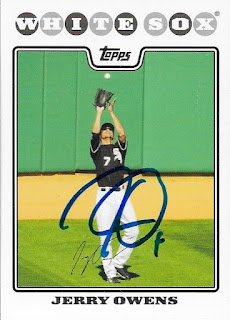 I remember a time when I had no signed 2008 Topps, but now, I have a bunch.  This one is just the latest to make the list. 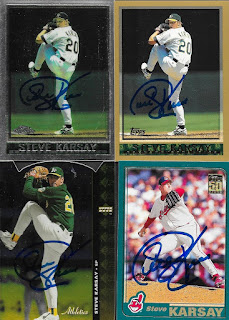 Here are some Steve Karsay cards that Nick helped with, also.  I added a nice 1998 Topps Chrome, along with the '98 base.  I also added another 2001 Topps to the album, another set that was really under-represented. 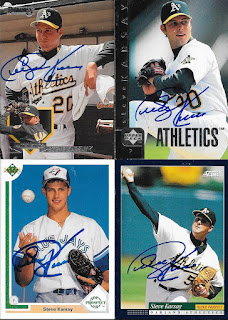 Finally, here are a few more cards that Nick got for me, that I really enjoyed seeing.  Karsay has a great signature, I think.

Nick is working on a few more cards for me, which I hope to see soon.  Thank you so much for the help, Nick!  I really appreciate it!
Posted by William Regenthal at 8:32 PM