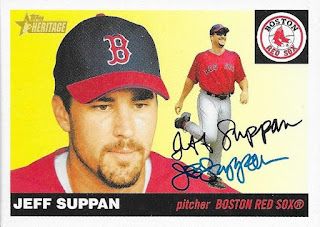 Here is a TTM success that I was really excited about, from Jeff Suppan.  I had some nice cards of him, and they all looked great when they came back.  I had been wanting a 2004 Heritage signed for a while, and finally got one with this Suppan.  I always have loved the 1955 design. 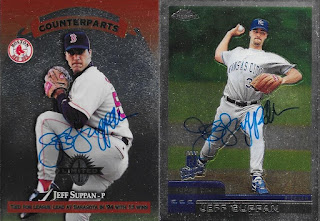 These two didn't scan too well, but they look good in person.  The 1998 Chrome looks especially nice. 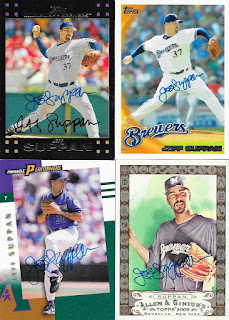 Finally, I added a few other cards to the list, starting with 2007 and 2010 Topps.  I like the Pinnacle Performers, and I also needed a Ginter Code Card in my binder.