July 9, 2017 Graphing of the Burlington Royals at Danville Braves 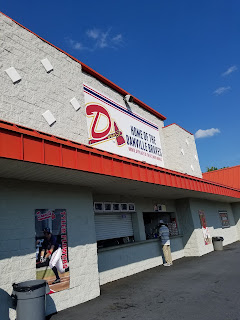 It had been a long time since I had added a new minor league park to my list of parks I have been to, but with my trip to Bowling Green earlier this year, I can now say that I have added two this season.  I decided to take a little day trip yesterday to Danville, Virginia, to see the Danville Braves vs the Burlington Royals.

The 2 hour and 45 minute drive to Danville from the house wasn't too bad, and I had plenty of time this past weekend to prepare for the trip.  I had picked up some cards to take with me for graphing, and it forced me to make the trip, so the cards could get signed.  I waffled for a bit on whether or not I was going to go, but I kept thinking, "what else am I going to do?", so I went. 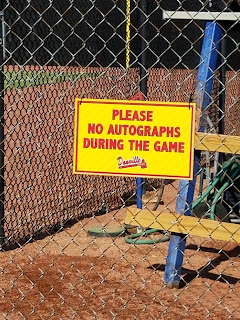 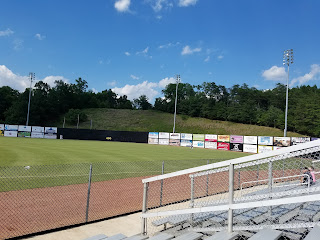 There isn't much to American Legion Field.  It is king of reminiscent of the field in Auburn, NY, where I saw the Doubledays. 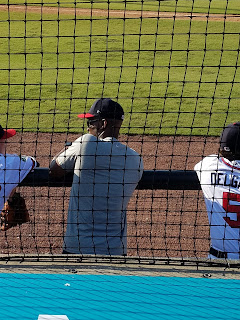 I made the trip on a good day, I guess, because Fred McGriff was in attendance as a roving instructor.  I said hey to him, and he raised his arm in acknowledgement.  I didn't ask him for an autograph, because I didn't bring an OMLB with me, nor did I have any of his cards.  Oh well. 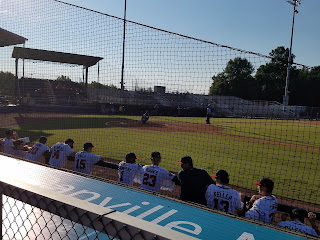 I really enjoyed the game, but it was so hot.  I bought two hot dogs (they were great), a souvenir soda, then a Dippin Dots in a plastic helmet, and then an extra large soda.  I think I sweated out all of the junk food, or I walked a lot of it off. 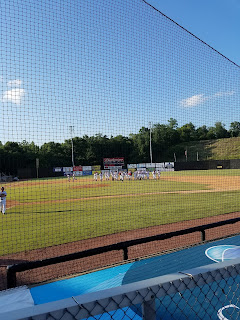 The Braves won the game in the bottom of the ninth on a walk-off hit.  It was nice to see the celebration after the game.  Especially with how awesome everyone was at signing.  A far cry from the Salem Red Sox, for sure. 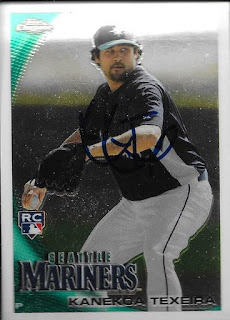 The first auto I was able to get was Kanekoa Texeira, the pitching coach of the Braves.  I was able to find his cards really quickly, since the 2010 Topps that I have are all pretty much in order.  The auto is tough to see on this 2010 Chrome, but regardless of the curving of the card, looks really nice in person. 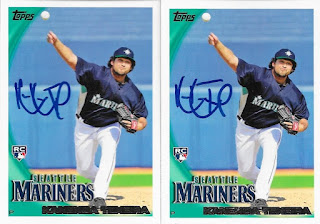 Texeira was really nice in person.  He has a handlebar mustache growing; kind of like Rollie Fingers.  So, we talked mustaches while he signed. 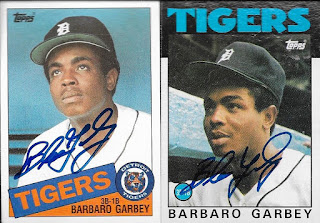 I was able to get some older Topps out of my boxes and into my album with these two from Barbaro Garbey.  He is the hitting coach for the Danville Braves, and was really nice while signing. 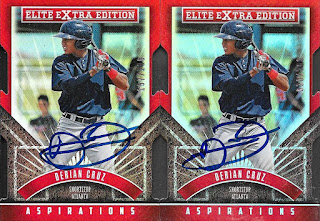 These two die cut Derian Cruz cards turned out really nicely.  They are both numbered to 200. 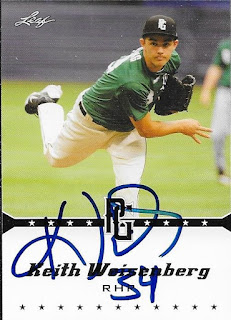 I had to wait until almost game time before I could get Keith Weisenberg on this Perfect Game card.  He was really nice, when he finally came out with the other pitchers and signed the one card I had. 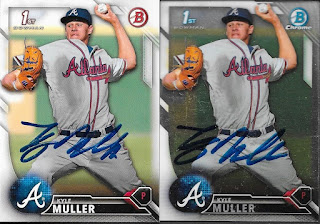 I tried to get Kyle Muller pre-game, but since he was the starting pitcher, I had to wait until after the game.  He walked by, and I asked him if he would sign, but he wanted to shower first, so he told me he would come back out.  True to his word, a little while later, he came out in his street clothes, and signed for everyone.  What I really liked about this stadium was that the players all come out of a gate and chat with fans following the game.  So, I stood with a fellow Instagrammer, and chatted while the players came out and signed.  I didn't wait around to see if McGriff came out and signed, but I wasn't going to bother him anyway. 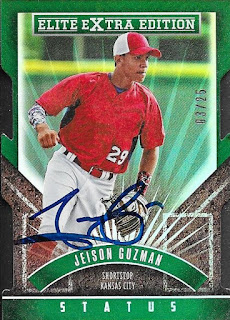 Since Muller bypassed me pre-game, and I waited to get Weisenberg, I was afraid that I had run out of time to get Jeison Guzman from the Royals.  So, once I had gotten Weisenberg, I ran over to the visitor's side ad the Royals were still stretching.  So, I called out to Guzman, and he came over to sign for me. 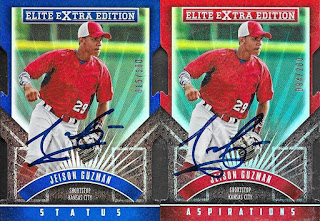 He signed all three of the numbered, die cut cards that I had, which was really nice.  I like that my LCS had these three, and sold them very cheaply!

I had a great time in Danville, and I definitely would go again!
Posted by William Regenthal at 7:04 PM