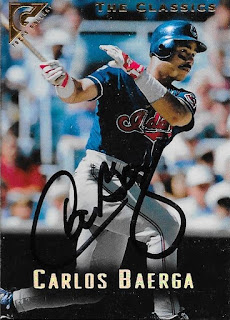 I added a really nice success to my list with this one from Carlos Baerga.  He was one of the better offensive second basemen that I remember from my formative years following the game.  The above 1996 Topps Gallery turned out really nice, and it was out of the box I busted while I was at Andrew's house. 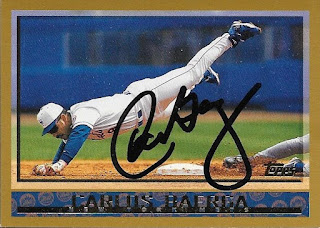 I really liked the action shot on this 1998 Topps.  The white Mets hat also looks pretty cool, I think. 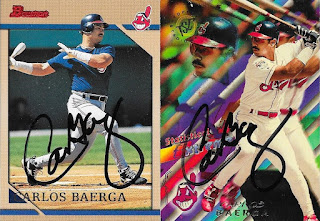 Finally, these two round out the success.  The 1996 Bowman looks pretty good, and the 1995 Stadium Club Super Teams card looks really freaky, but in a good way.