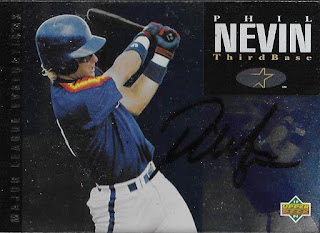 I got a couple TTMs in recently, after a long dry spell.  This one from Phil Nevin turned out really nice.  The 1994 Upper Deck Minors looks better in person, but didn't scan all that well. 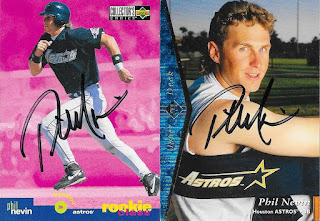 These two turned out really nice.  The Sharpie he used was probably on its way out, but I'm still happy with them. 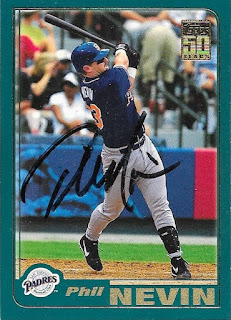 Finally, I added another 2001 Topps to the album.  This came from the box of cards I got while I was at Andrew's house.