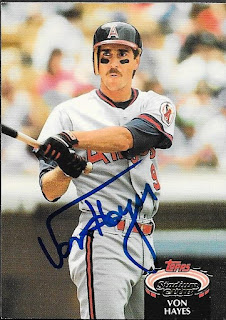 One of the VIP signers at the National this year was former MLB player, Von Hayes.  His line was one of the easier ones for me to get in, and I actually was able to use a Wild Card on him.  I was really happy to get this 1992 Topps Stadium Club card signed by him in blue Sharpie.  I thought the card turned out really nice. 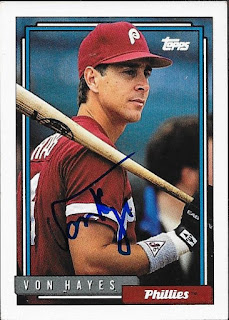 I was also able to get this 1992 Topps signed, which will look nice as part of my Topps Autograph Project.  I only have 4 cards out of the 1992 set signed, so there won't be a lot to choose from like other years.