This is my 800th post.  Who knew I'd have that much to say about cards and stuff.  Pretty nice when you think about it.

I took part in one of Nachos Grande's group breaks a couple weeks ago.  I bought in for the Orioles or course and as always, when you buy in to one of his group breaks, you get a random team assigned.  I was assigned the Red Sox along with the Orioles, so that ended up being a really good group break for me. 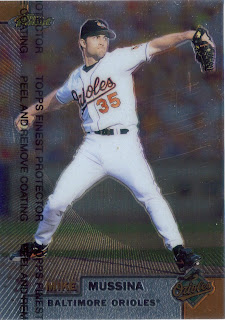 The 1999 Finest are really nice, as all Finest seem to be.  I got a few extra Orioles, one of which was the above Mussina. 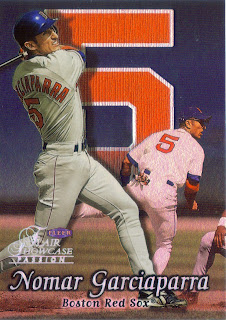 I have always liked Flair.  That was one product I hater to see go when Fleer went under.  Having the Red Sox in this group break was really nice because I ended up with some Nomar Garciaparra cards.  I have always liked Nomar.  He was a really good player.  I doubt he will get any consideration for the Hall of Fame at all, but when healthy, he was one of the best players of his era. 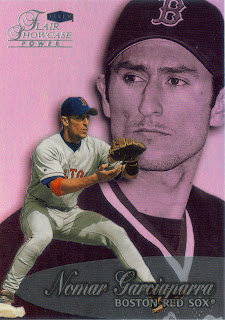 This Nomar is really nice as well.  Flair was always solid, yet, underrated. 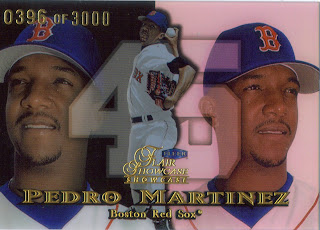 Another benefit of being assigned the Red Sox was the ability to get Perdo Martinez cards.  Pedro was an amazing pitcher who will most likely get into the Hall of Fame.  Maybe not on the first ballot, but he will get in. 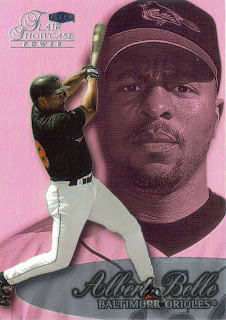 The Orioles' cautionary tale of handing out big contracts, Albert Belle was pretty decent in the first two years of his 5-year deal he signed with the Orioles before the 1999 season.  This is, though, he did NOTHING the final three years of the contract.  He had a degenerative hip condition that did not allow him to play in the 2001, 2002 or 2003 seasons.  He got paid to stay home.  Since then, the Orioles have been really gun shy to hand out big long-term contracts. 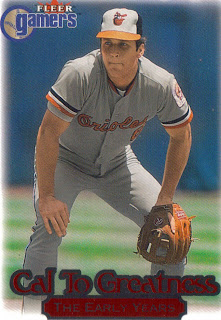 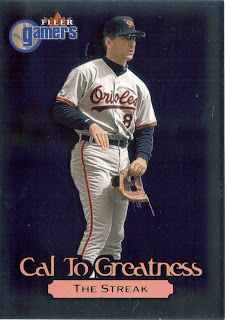 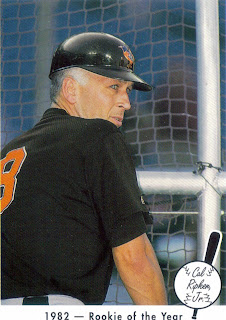 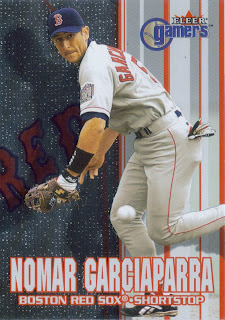 The Fleer Gamers cards are pretty nice.  Similar to Fleer Metal that came out in the mid-90s, I added this Nomar and the below Cal to my collection. 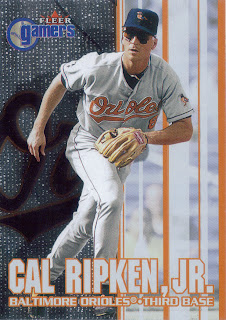 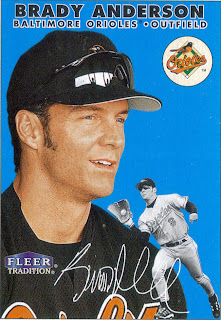 The Fleer Tradition are nice, too, but wow, do they really look like 1954 Topps or what?  Hmm, I can't imagine that Topps was too happy to see this.  It isn't the first time one product looked eerily similar to another... 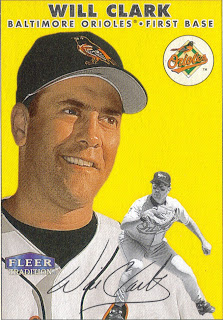 This Fleer Tradition Will Clark is really nice.  I think I might drop it in the mail to my older brother who was a big Will Clark fan. 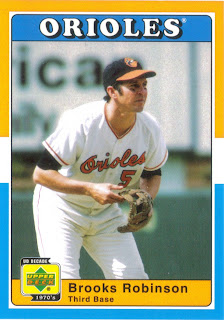 I liked the Upper Deck Decades stuff, especially since I got some new Brooks Robinson cards.  Hmmm, these look eerily similar to 1975 Topps.  Kind of.  Maybe. 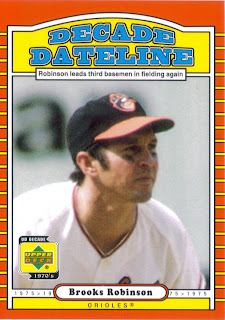 One thing I noticed with all of the UD Decades cards I got out of the break was that ALL of the photos on the cards appeared to be just a bit fuzzy or out of focus.  Anyone else notice that?

I enjoyed my second group break with Nachos Grande.  I hope to do some others; I tried to get in on his latest group break, but someone snuck in and nabbed the Orioles before I could.  Oh well, there is always next time!
Posted by William Regenthal at 4:24 PM