I received a TTM success today from one of the oldest living former Major League players, Mr. Freddy Schmidt.  Mr. Schmidt was a pitcher who played in the 1944, 1946 and 1947 seasons for the Cardinals, Phillies and Cubs.  He won the World Series with the 1944 Cardinals, pitching 3.1 innings in one game of that series.  He also was on the 1946 World Series Champion Cardinals, but did not appear in that World Series. 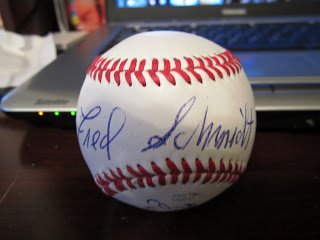 Schmidt has a really nice signature and was nice enough to inscribe my ball with his World Series Championship years. 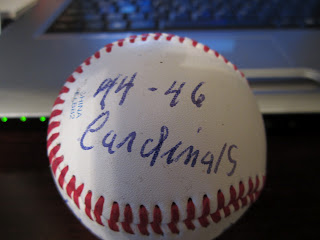 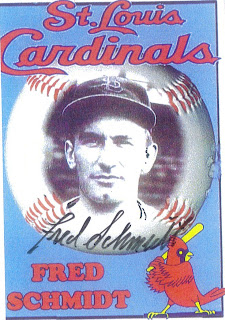 I like the below card, you can see that he wrote 96 Feb 9, meaning he turned 96 on February 9 of this year.  Schmidt is the fourth oldest living former Major League player and the oldest to have won a World Series Championship. 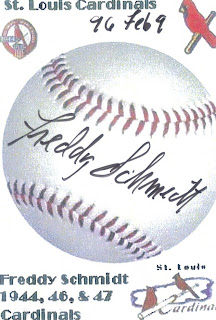 Nice, congrats, sent mine out today, 'cept for 3