Picking Up A Couple More 1970 Topps 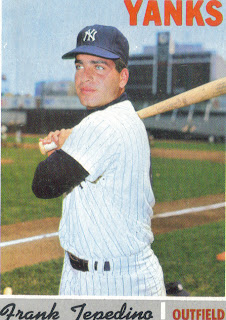 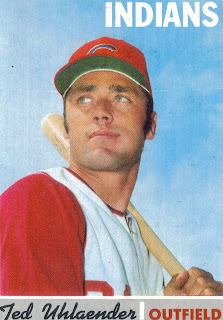 My goal is to knock 1970 out pretty soon, then turn my attention to slimming down my 1971 needs before I start on 1959 and 1969 Topps.  I have parts and pieces of pretty much every year of Topps cards that I have not yet completed (except for 1952-1954 Topps, which I have very little of), so eventually, I will sort all of those remaining years, purge the duplicates and log all of the needs.  My main focus after 1970 and 1971 will be 1959 and 1969 like I stated above, but while working on those, I also intend to complete the remaining mid-1990s sets that I need.  Those won't take too much work, as I will be able to find commons and boxes of those years pretty cheaply.  I have already started sorting and logging 1997 Topps and found that I pretty much need a full box of Series 2 1997 to bust so I can start picking up the random commons I need to finish that one.
Posted by William Regenthal at 5:51 PM

Any chance you have extra 70s for trade or sale? I recently bought a lot at a card shop in Phoenix and have been slowly adding some more. I only have about half the set so I have a long way to go.

Congrats on getting so close.