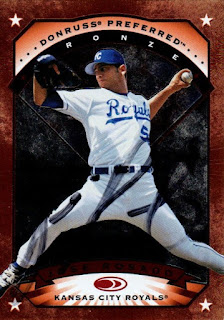 When I sent these cards TTM to Jose Rosado, Betty White was sill alive (so was Chris Cornell), the card shop was still open in Greenville, the Wood Ducks had finished their first month of ball and I had no idea what social distancing was.  My point is, these cards were out there for a very long time.  Still, the cards finally came back, even though it looks like Rosado used a marker that may have been older than Betty White.

I had mailed the cards to the Trenton Thunder, back when they were still a team (thanks, Rob Manfred).  I was excited to see the super old stamp that I had used, and was happy to finally cross Rosado off of my TTM list.