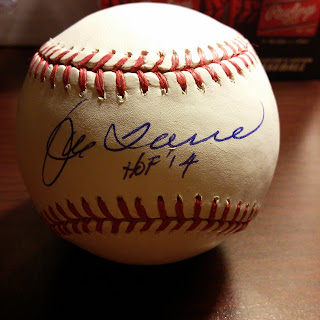 I picked up one more Hall of Fame signed baseball while at the National Card Show in this Joe Torre.  I got a great deal on this ball when I bundled it with another ball that I will show in a later post (a future Hall of Famer).

Torre was elected to the Hall of Fame in 2014 by the Veterans Committee and is my 127th Hall of Famer.
Posted by William Regenthal at 8:22 PM