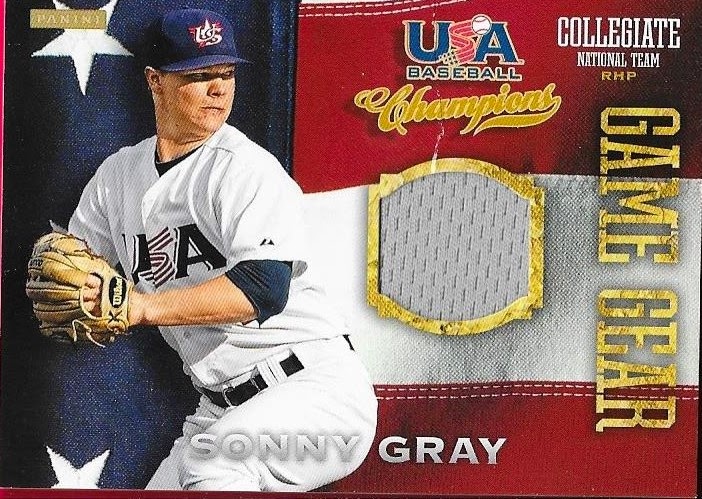 I completed a trade on Instagram recently that I was really happy about.  I had this nice Sonny Gray Team USA relic coming in exchange for a Cole Tucker 2014 Bowman Sterling refractor auto.  He clearly won the deal, but I was trying to be nice since we chat quite a bit and he told me how Tucker was his idol and the card would mean a lot to him.

It was really unfortunate that he chose to send the card in a PWE.  The top loader that the card was in was broken and there was a snap case that had some Orioles cards from a mutual friend that was also destroyed.

I am not mentioning his name, because I really don't want to call him out.  I told him the card was damaged, and he offered to send me the Tucker back, but that's not the point.  I wanted the Gray, and it's here, but damaged.  This was only our second trade, even though we talk a lot.  I doubt we will be doing any more trades for a while.
Posted by William Regenthal at 6:57 PM