Picking Up Prospects From Frankie 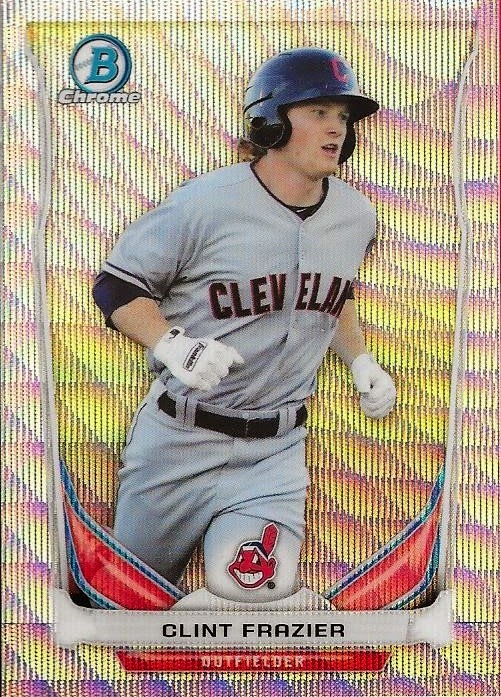 I completed a trade recently with Frankie from the wonderful blog "My Life In The Sports Card Hobby" when I sent him a couple relic cards of Hall of Famers in exchange for some nice Bowman Chrome prospect cards.

One of the keys to the trade was this 2014 Bowman Chrome Shimmer refractor of Clint Frazier.  I've been kind of following Frazier a bit since he was drafted.  I have a couple of his cards, and am looking to get one of his autos at some point.  He's a really good player, and I think he will be really good for the Indians when he finally makes the big leagues.  This shimmer refractor is numbered 3/25 and will be put up.  I really enjoyed the different types of refractors that were offered in Bowman Chrome last year.  I hope they continue with this, because they were really cool-looking. 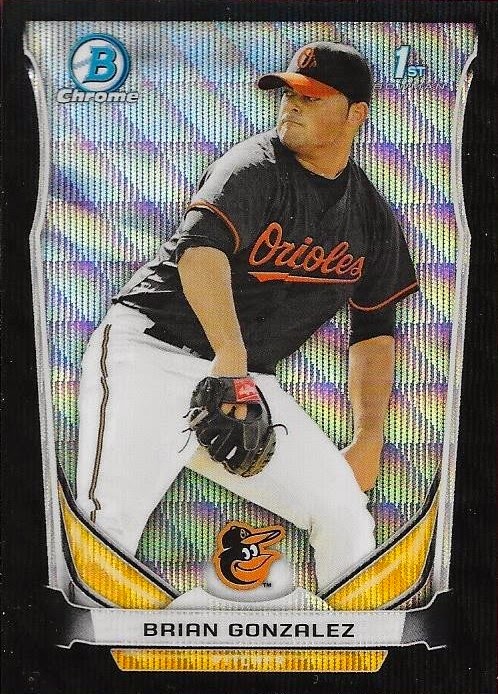 Another piece in the deal was this black wave refractor of the Orioles' first pick in the 2015 draft, Brian Gonzalez.  The O's didn't have a pick in the first two rounds during that draft, since they had signed Ubaldo Jimenez and Nelson Cruz that previous offseason.  I think they would like to have a do-over when they signed Jimenez, but Cruz was a really good pickup.  Gonzalez has been pretty good, so far, for the Orioles.  He went 0-1 with a 1.34 ERA over 10 games between the GCL Orioles and short season Aberdeen.  This season, he has started 3 games for Low A Delmarva and has gone 1-0 with a 3.60 ERA. 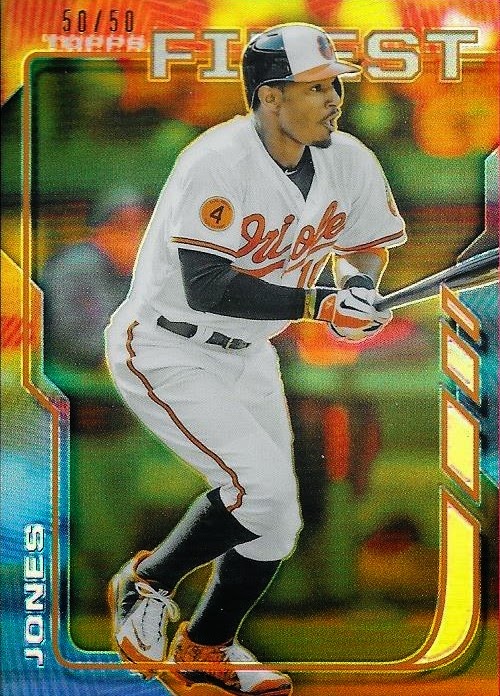 Frankie threw in a ton of extras in the deal.  This gold refractor from 2014 Finest is numbered 50/50 and looks really sharp.  Jones has started the season on a tear, and I hope he can keep it up. 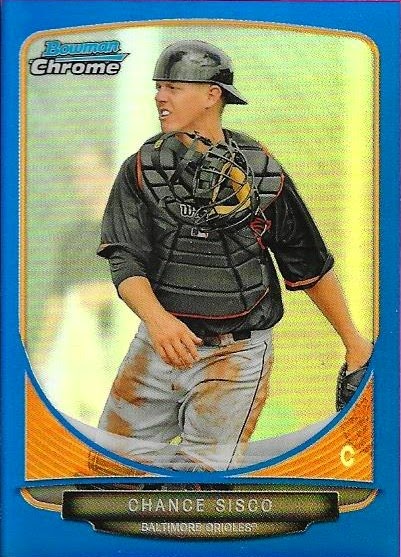 Currently batting .167 for the Frederick Keys is Orioles catching prospect, Chance Sisco.  He had a stellar season last year when he batted .340 for Delmarva.  His average is really low right now, but that is only over the course of 5 games (2 for 12).  I think he will get on track and will continue to show why he is one of the Orioles top prospects.  This mini blue refractor from 2013 Bowman Chrome is numbered 65/99. 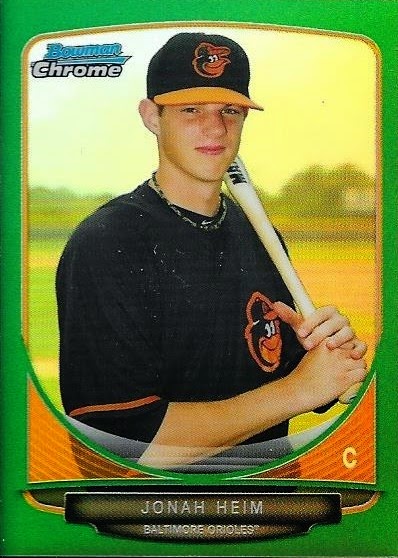 Another highly-thought-of catching prospect in the Orioles system is Jonah Heim.  I really like him because his grandmother follows me on Twitter and Heim follows me on Instagram.  It doesn't take much to make me happy.  Seriously, though, Heim is well regarded in the Orioles system.  He was a 4th round pick in the 2013 draft out of high school.  He is only 19 (with a birthday in June) and has hit for a low average so far in his Minor League career (.204 over 83 games).  With him being so young, I look for Heim's bat to catch up; he actually is hitting .278 for Delmarva so far this season. This green refractor is numbered 65/75. 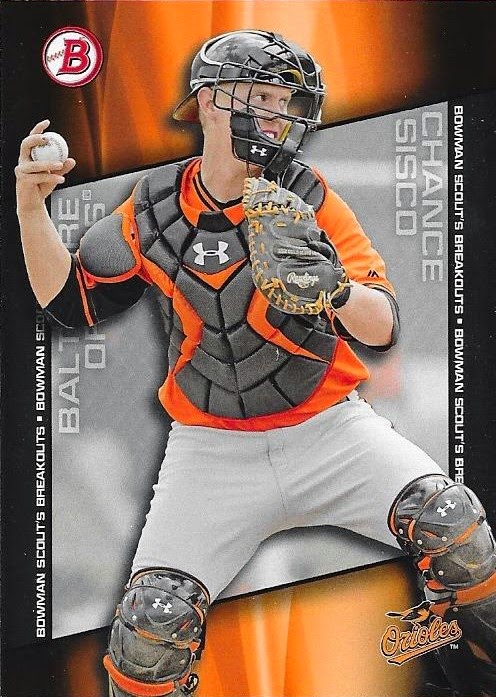 Frankie really hooked me up in this deal.  He is a really great guy, and I hope you all get the chance to read and comment on his blog.  Thanks for the trade, Frankie!  I'll keep looking for cool stuff for you so we can work on our next deal.
Posted by William Regenthal at 5:39 PM