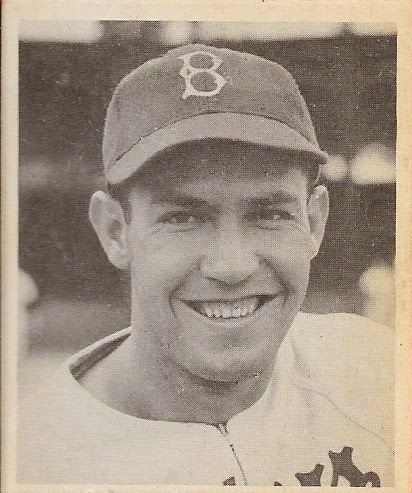 That's right, after this card arrived in the mail today, I only need one card to complete my 1948 Bowman set.  Spoiler alert - that one is on it's way as well.

The Reiser is a really sharp card that I got for $29.49.  That was quite a bit over what I had projected for it, but this card was in far better condition, so I went for it.

The last card I need is Joe Page, and it is on it's way.  I am beyond excited.
Posted by William Regenthal at 8:35 PM