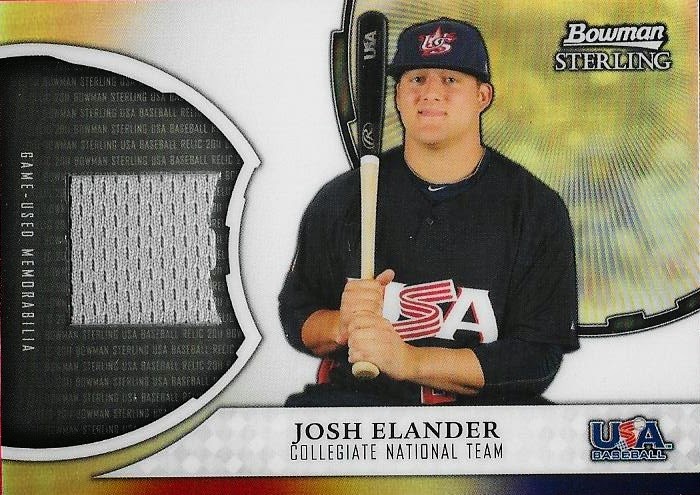 I completed a trade with my buddy, Sam, recently that landed me a couple relics of some Team USA players.  I got these because he didn't want much for them, and I thought it would be cool to put them up and see if these guys made the majors some day.

Josh Elander was drafted by the Braves in the 6th round of the June 2012 draft and spent last season at High A Lynchburg.  His numbers are pedestrian, but is still young enough (24) to maybe still have a chance at the majors one day. 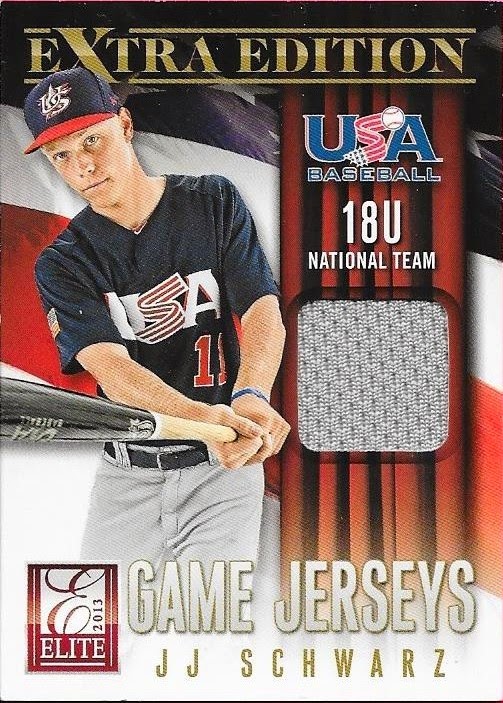 JJ Schwarz is a freshman for the University of Florida and actually had a 4 homer night last Tuesday night, which was pretty cool.  He's someone that I will have to remember when his time to be drafted comes around.  It looks like he is around 18-19 years old and is a catcher for Florida.  Definitely someone for me to keep an eye on.

I don't so a lot of prospecting, but I thought it might be cool to take these off of Sam's hands and see what happens.  If anything, they're cool cards.

Thanks for the deal, Sam!
Posted by William Regenthal at 11:18 PM