Another Amazing Deal With Michael 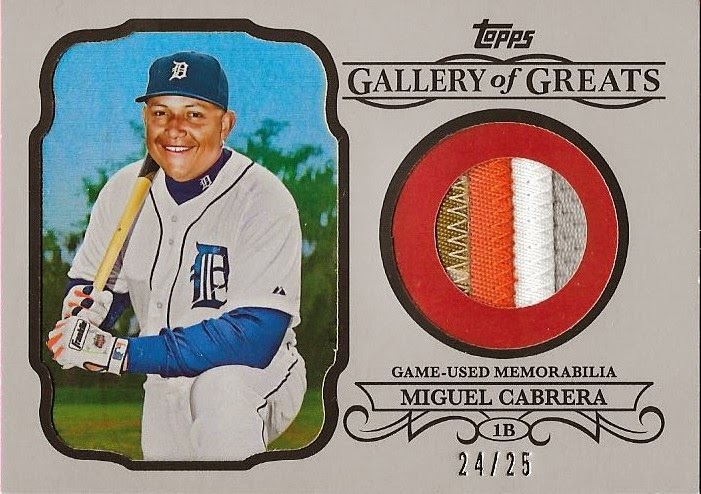 I completed a couple deals with my friend, Michael recently and they all came in one package yesterday.  One of the biggest pieces in the deal was this Miguel Cabrera 4-color patch card numbered 24/25 (Uniform Number Ebay 1/1 wooo hooo).  This card is amazing, and I plan on keeping it for myself.  I like Cabrera, and I really wanted a "sick" patch of his. 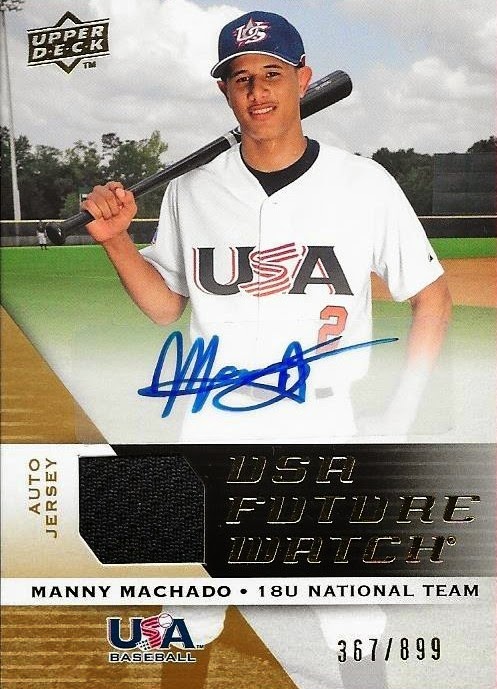 The other piece of the deal was supposed to be a Craig Biggio auto that I wanted to trade to a friend of mine, but Michael decided that he wanted to do a Biggio PC, so he sent me this Machado relic/auto instead.  I think I like this card a lot more than that Biggio.  Look at how young Manny is! 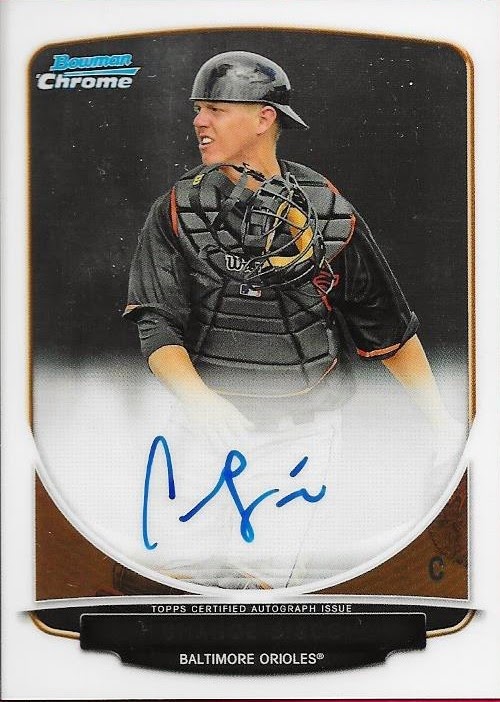 As some throw ins, Michael included this Chance Sisco Bowman Chrome auto and the below Black refractor. 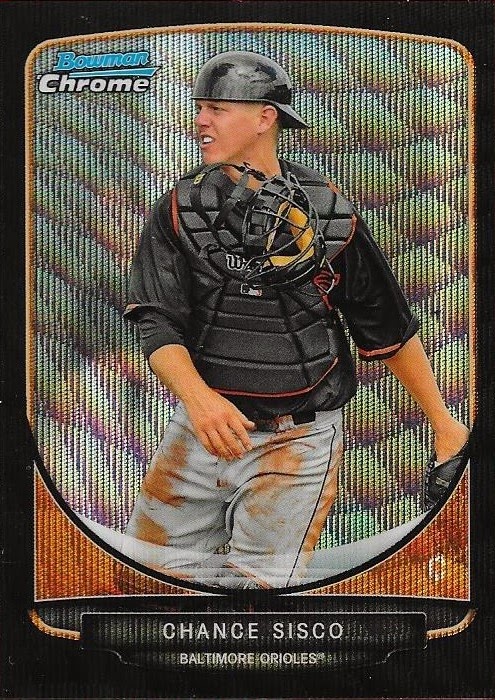 I was surprised, I thought this black refractor would be numbered, but it isn't. I think it is just the black wave refractor.  I think they started the black static and carbon fiber refractors in 2014. 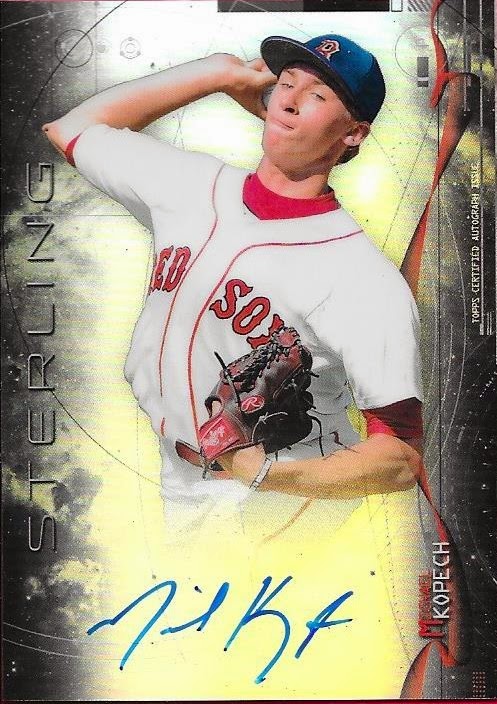 Michael also included this Michael Kopech refractor auto from 2014 Bowman Sterling.  This is a really nice card, and I already have an idea who will be getting it. 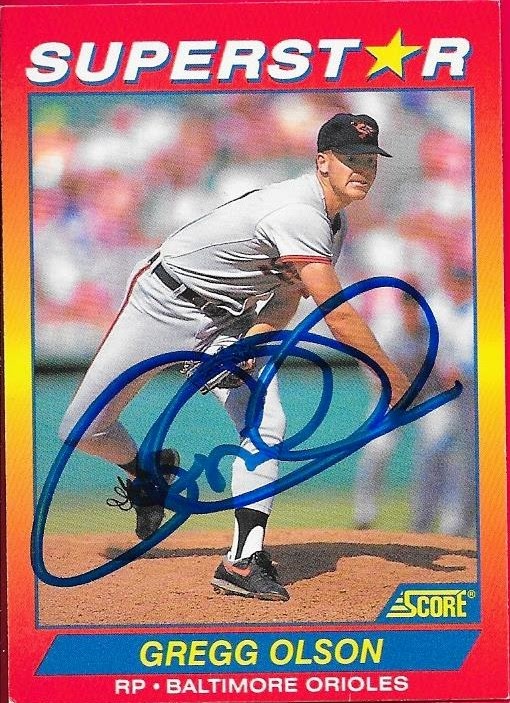 Another throw in was this Gregg Olson IP auto.  I actually started a binder for IP autos that friends have sent me.  This will look good in there. 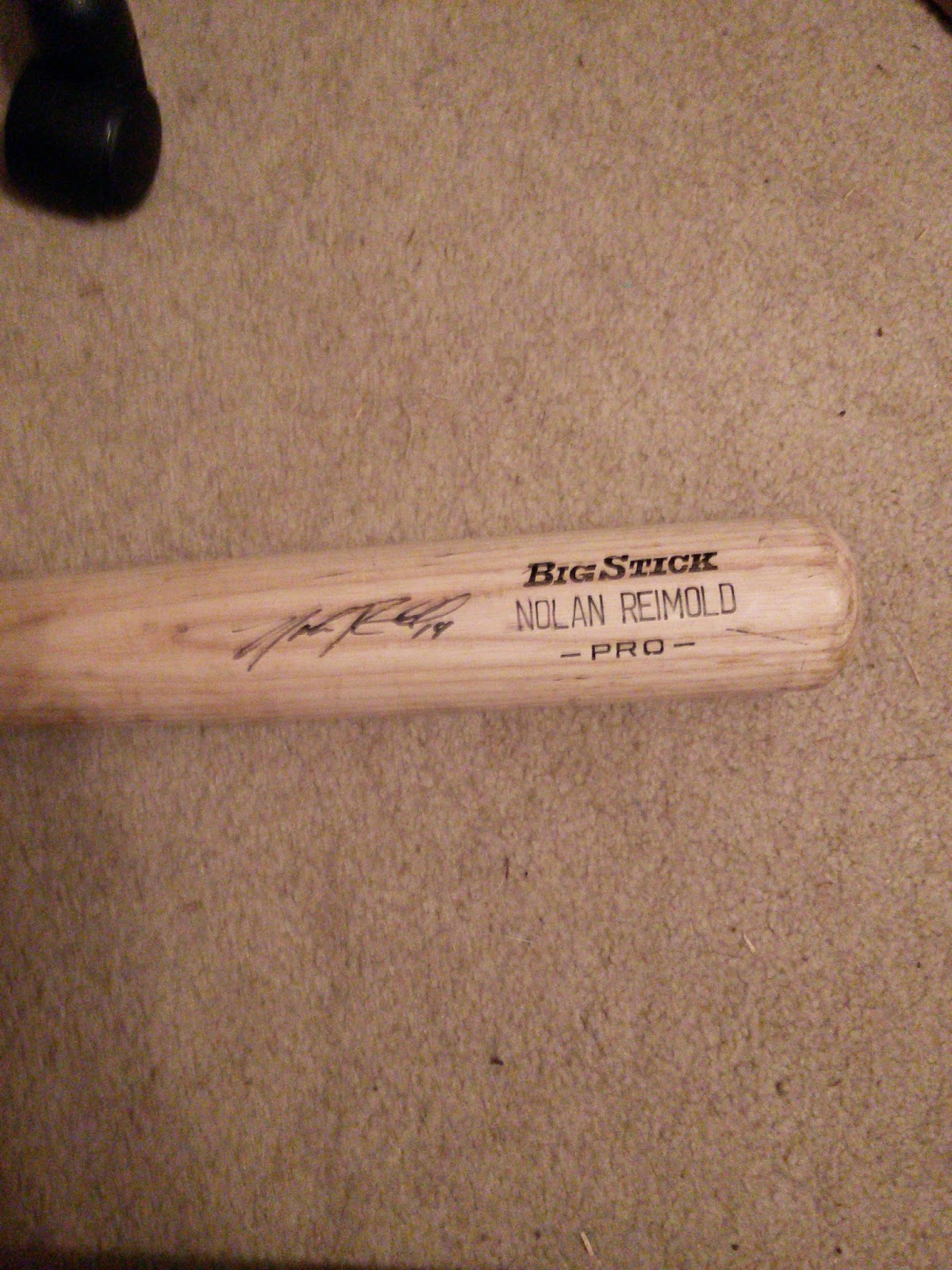 Finally, the other big deal I made with Michael was getting this autographed game used Nolan Reimold bat from him.  I have pretty much anything else Nolan, but I didn't have a bat.  It looks awesome, and I need to get another bat tube, so I can display it next to my Brian Roberts and Brooks Robinson signed bats.

Thanks so much for another couple of successful deals, Michael!  I really appreciate it.  Now, let me save some money for the National!!  Haha!
Posted by William Regenthal at 7:19 PM