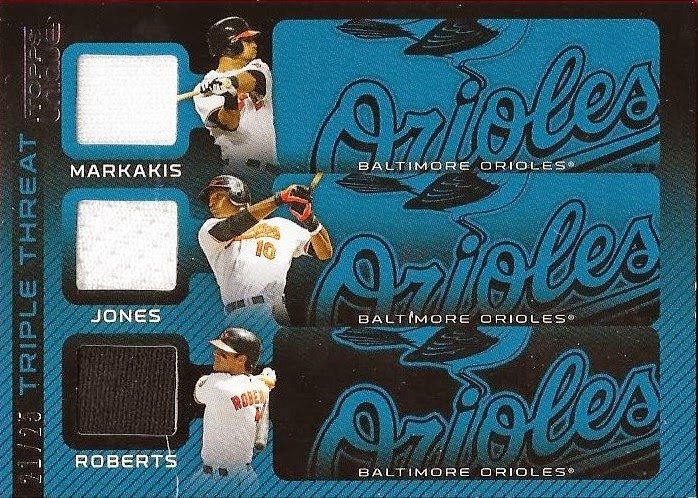 The crease at the bottom of the card notwithstanding, is this not an awesome card?  I had no idea it existed until I saw it posted on Instagram.  The page was a kid named Evan, who's screen name is "alldaycards".  I bought the card off of Evan for $8 shipped and it came well packaged in a bubble mailer.  So, the crease at the bottom was definitely not Evan's fault.

The card would look amazing if it was triple signed as well.  I'm sure they exist.  I'll have to go back and look at some and see what I can find.

This card will go nicely into my Roberts PC that had been stashed away, since no new cards would be issued for him.

I appreciate the deal, Evan, and I hope we can make more in the future!
Posted by William Regenthal at 6:02 PM