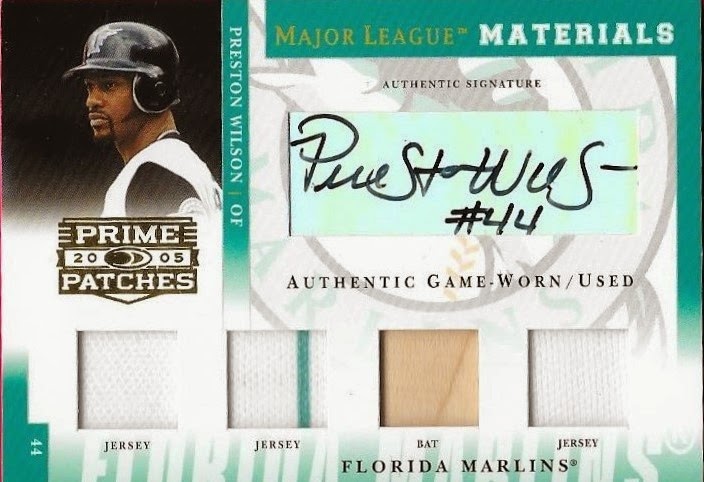 I have been working hard recently in picking up stuff in trades that aren't necessarily for my PC so I can flip stuff as trade bait.  I have my first show in years coming up this weekend, and I needed some stuff I could put out to sell.  I had refrained from setting up at shows for a while because I felt like I didn't have enough stuff to justify paying for the table fees.

This Preston Wilson card might not carry a whole lot of value, but I picked it up because it was a sharp looking card, and I thought that it might get a few looks and sell for a little bit. 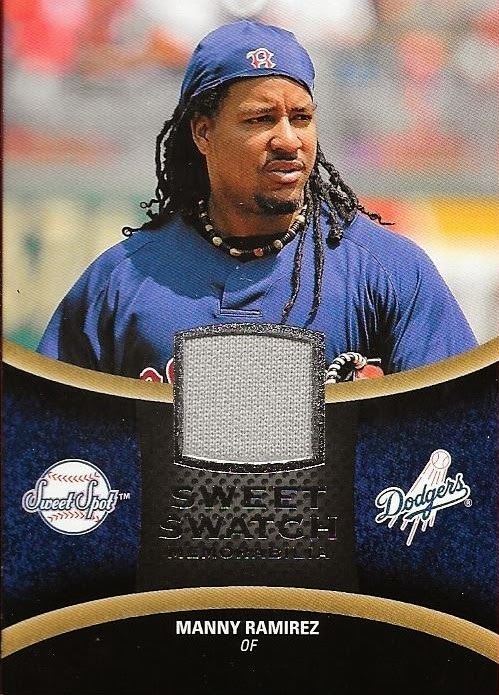 Another piece of trade bait that I got in this trade was this Manny Ramirez relic from 2008 UD Sweet Spot.  Manny really shot himself in the foot numerous times at the end of his career.  He went from being one of the greatest (and most eccentric) players in the game, to one of the most reviled.  His multiple suspensions have shot to crap any chance he had of getting into the Hall of Fame.  I think I can still get something for this at the show.  We'll see. 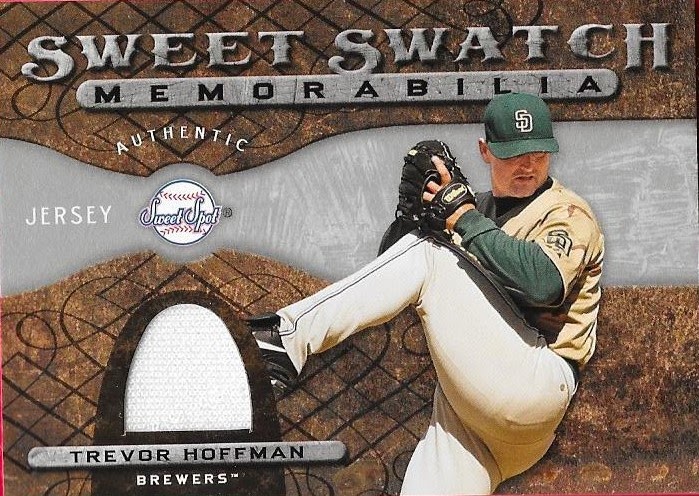 Finally, I got this 2009 UD Sweet Spot Trevor Hoffman relic in the deal.  I know Hoffman is a future Hall of Famer, and this is a pretty cool card.  I have quite a few relic cards from this set, and I think I have multiple Adam Jones ones, but the're scattered in my PC box and I haven't organized that one yet.

So, this was a pretty cool trade.  I apologize, but the guy I traded with gave me his mom's name to ship to, so I don't know his name.  He did include a really nice note in the package, and I know he and I will trade again.  I told him right away as we were making the deal that all of this stuff was to populate my for sale/trade pile, and he was cool with it.  It bothers me sometimes when someone messages you saying "I just HAVE to have this" only to find out they sold it two days later.  So, I made sure to tell him my intentions right away.

I have two more days to prep for the show, and I am so wore out from work, that I wont be touching my cards tonight.  I hope I don't get home too late tomorrow night, because I really need to price some stuff.

Oh well, I'll get it done.  Thanks for listening to me thinking out loud.  You can tell that I'm tired!
Posted by William Regenthal at 9:27 PM