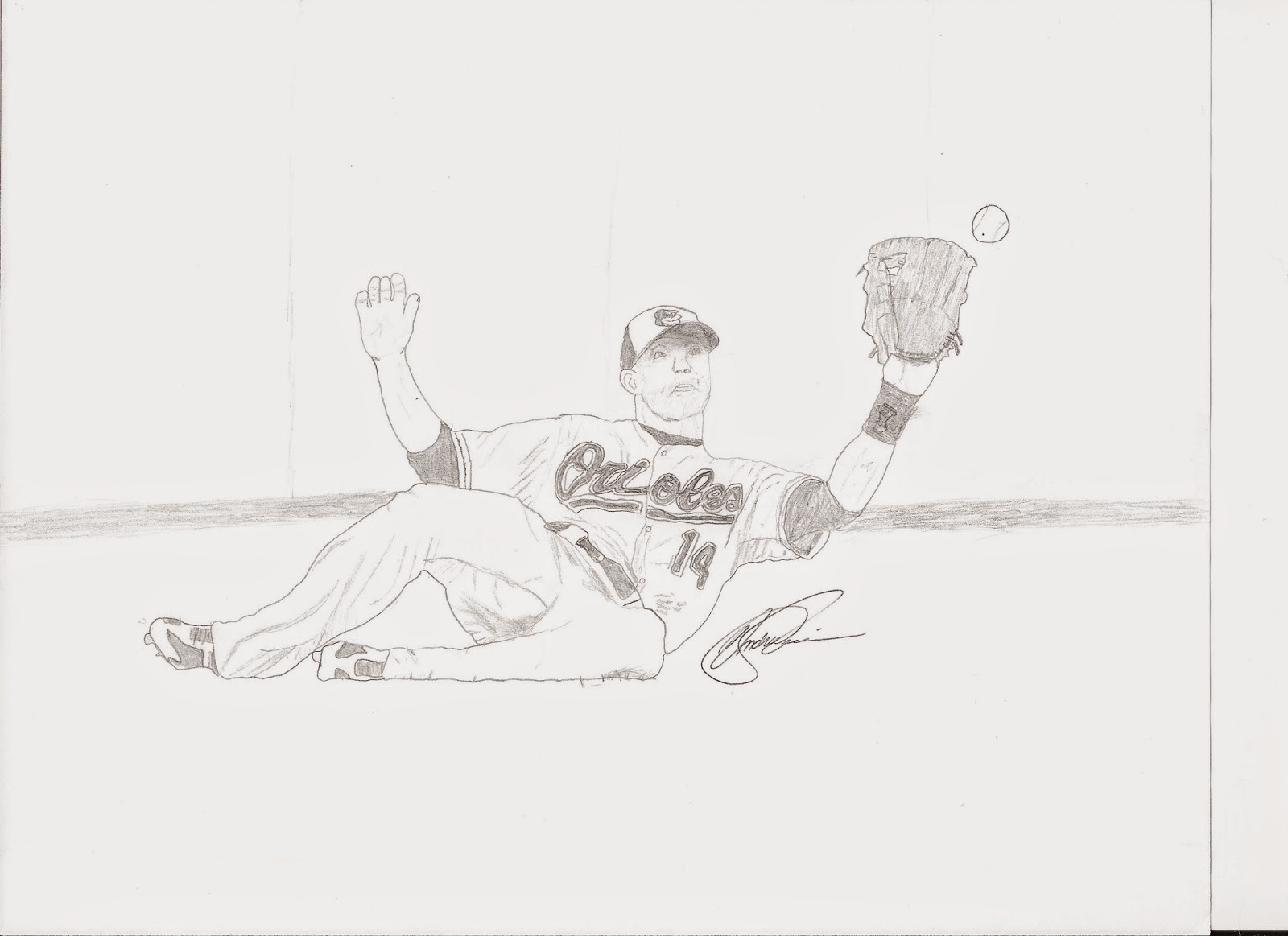 I got a package in the mail the other day from my good friend, Andrew, that had a few cards that he and I dealt for, and also some unique items.  Andrew, unbeknownst to me for a long time, is quite the artist.  He recently began doing some pencil sketches of baseball players and showed them to me over Skype.  I was amazed by how talented he was and requested that he draw me something.  Funny thing is, he had already drawn some for me.  This Nolan Reimold sketch is really amazing.  So much so, I took a quick picture of it and sent the picture to Nolan's wife, Jenny.  She, too, thought it was awesome and said that she would show Nolan.  I know that this was a pretty cool moment for Andrew. 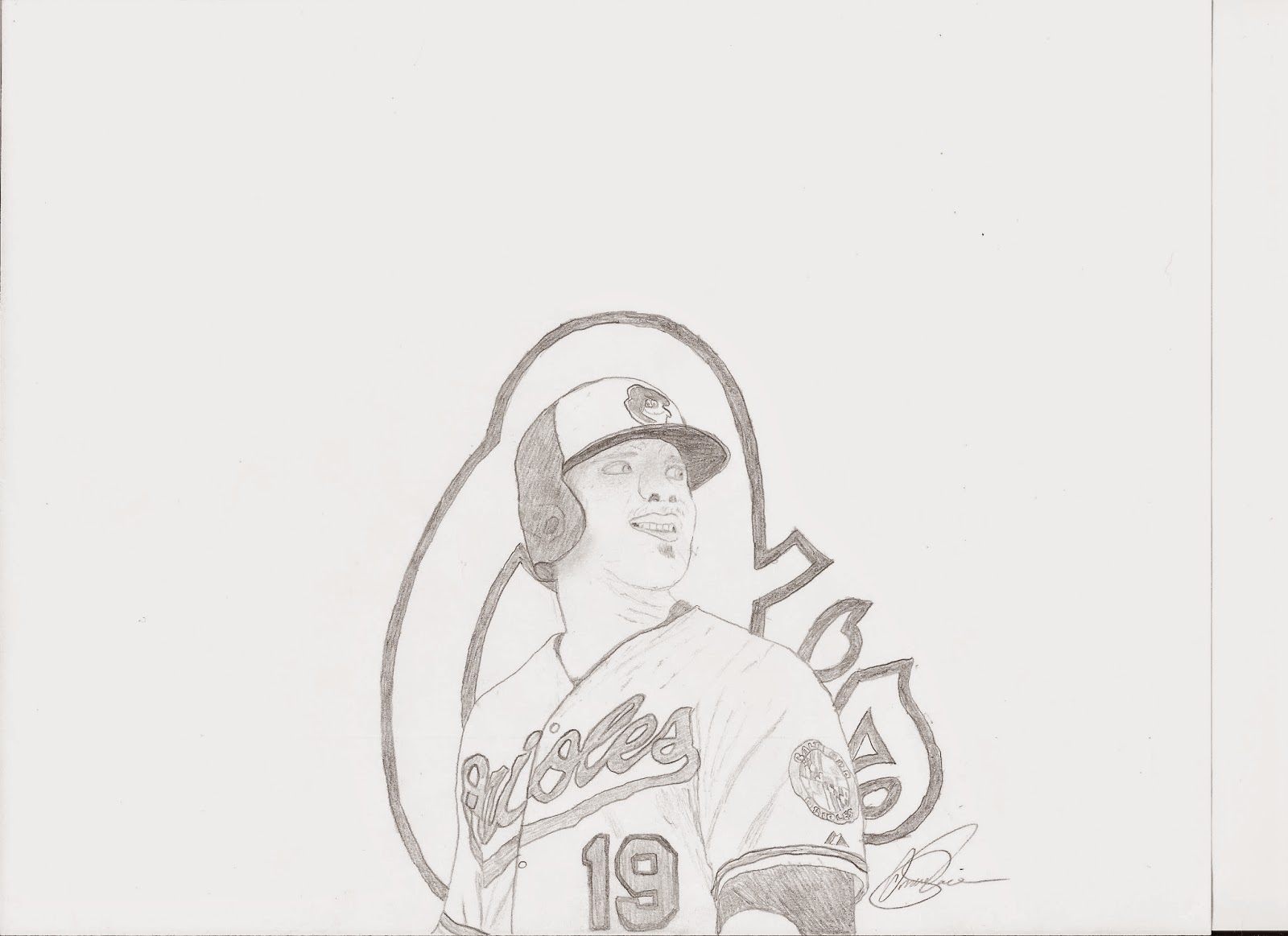 This is actually the second sketch that he drew for me of Chris Davis.  Apparently, he had one completed after several hours of painstaking work, only to spill a drink on it.  Ouch.  Thankfully, Andrew re-drew it and here it is.  This one is awesome, as well.  He really is talented.  I hope some folks go on his blog and request some sketches from him.  He really needs to utilize this talent. 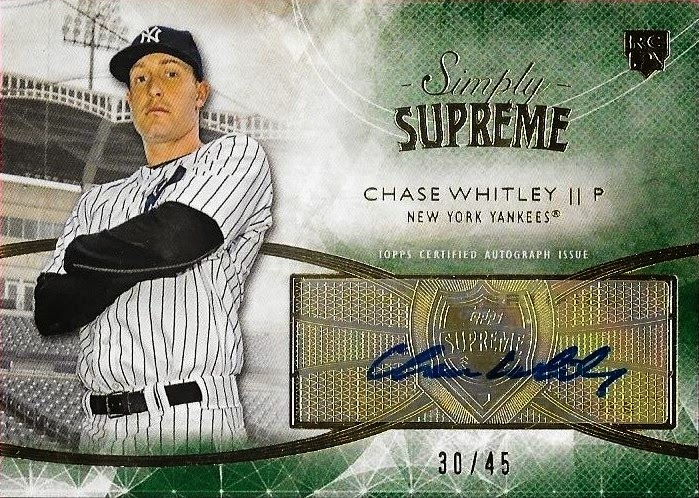 Andrew and I HAD been working on a trade for some trade bait on both sides, so I sent him something he could flip elsewhere and I took this 2014 Topps Supreme Chase Whitley that I could take with me to this weekend's show.  I think I can sell it for a decent price, especially since there are a ton of Yankees fans in Raleigh, for some reason. 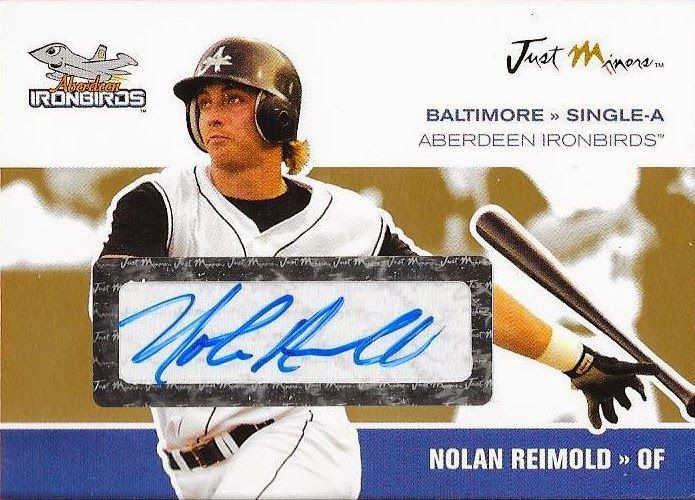 Finally, Andrew found me another Nolan card that I needed in my collection, this 2006 Just Minors auto.  The card is numbered 12/50 and looks really cool.  I had no idea that Andrew picked this up for me, and I was really happy to receive it.

Thanks so much for the great package, Andrew.  I hope some folks commission you to do some sketches.  I think you can make a little money off of them, if you so choose.  You sure have a talent!

Everyone, go check out Andrew's blog, and put him to work!  You can access his blog HERE.
Posted by William Regenthal at 11:08 PM