A Care Package From Bobby 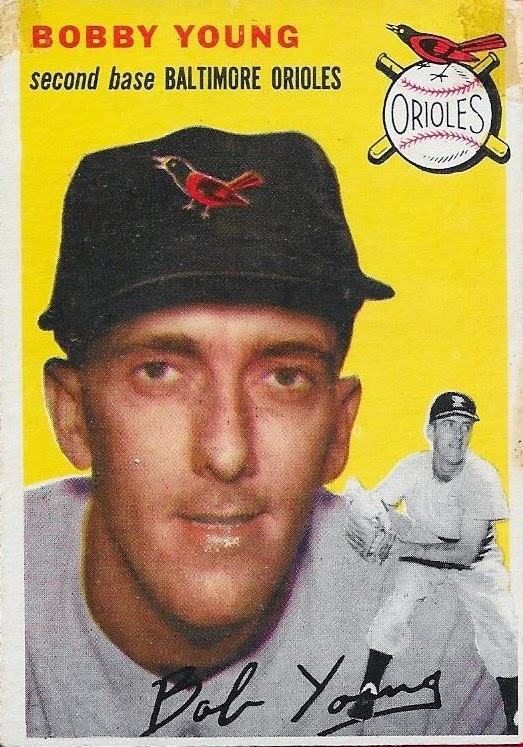 I got a message out of the blue on Instagram last week from a kid named Bobby who has followed my account since i started it back in November 2013.  We had discussed trades before in the past, but never really matched up.  Nonetheless, he has "liked" a lot of my posts and commented on a bunch of them as well.

I guess he had a few things he wanted to part with, so he sent out a care package.  A lot of it was cards from UD Biography.  Since Bobby is a huge vintage fan, I was really surprised to find the above 1954 Topps Bobby Young card in the package, in a special top loader that was marked "enjoy this."

I have been hoarding 1954s recently, preparing myself to pull the trigger on starting the set sometime in the future.  That being said, I really did enjoy that he included the card. 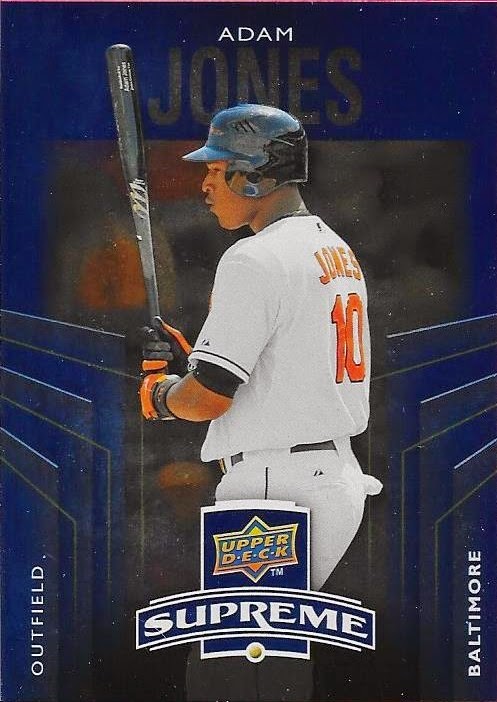 Finally, among the late 2000s Upper Deck cards that Bobby sent, was this Adam Jones that I didn't have in my collection.

This is a really nice card, from early in Jones's tenure in Baltimore.  He has grown into the face of this Orioles team, and I am really happy that he is on our side.  He seems to be maturing as a hitter.  I would really love to see him finish his career in Baltimore and become part of a new generation of Orioles who have their numbers retired and new sculptures erected outside the outfield wall at Camden Yards.

I am really thankful that Bobby sent this package along to me.  I believe he is one of the youngest people trading actively on Instagram.  If I remember correctly, he is either 10 or 11.  A real nice kid, I am happy that I received these cards.  Now, I need to work to pay it forward to him and hook him up with some nice vintage.

Thanks Bobby!!
Posted by William Regenthal at 9:02 PM