A Vintage Care Package From Bryce 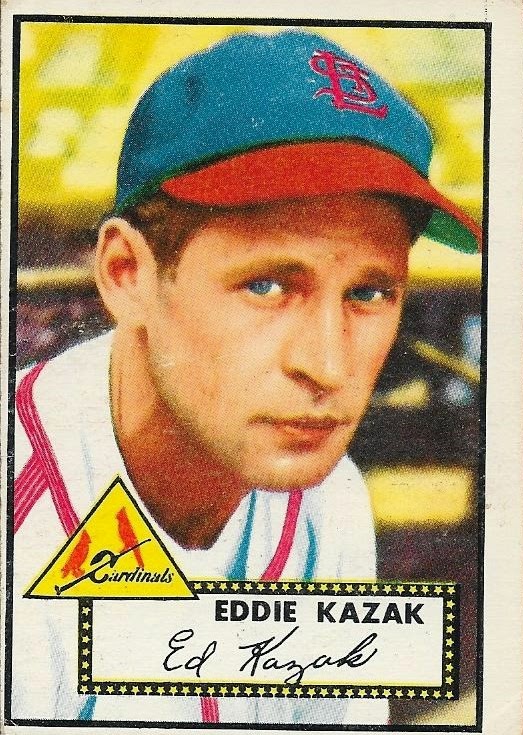 I got a nice care package in the other day from my buddy, Bryce, from Instagram.  I have helped him with his collection a bit recently, and in return, he sent me a nice surprise.  I didn't expect a bunch of vintage to be inside the envelope he sent, but there ended up being a lot.

Most unexpectedly, there was a 1952 Topps Eddie Kazak included.  I don't own a whole lot of 1952 cards, but I do have some of them.  Most notably, I have the Bob Feller and Virgil Trucks from that set.  I also have two Yankee guys.  I have seen a sweet Yogi Berra floating around on Ebay that I have been eyeing, but I haven't been able to pull the trigger on it.  This Kazak card is really sharp, and pops really nice when scanned. 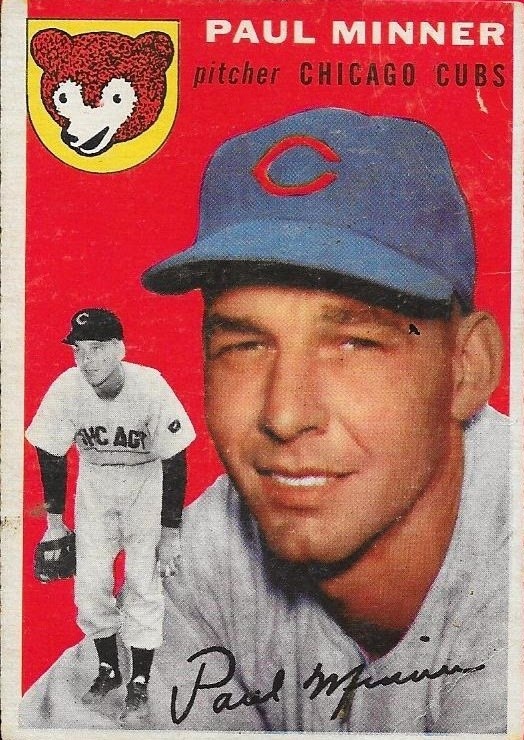 Speaking of cards that pop, this 1954 Topps Paul Minner card is a really nice one.  Included with two other '54s, I chose this one because of the red background; easily my favorite color among the 1954s.  I have quite a few '54s now, and if I could land a few of the key rookies, I would consider this set as one of the sets I would pursue when I complete 1959. 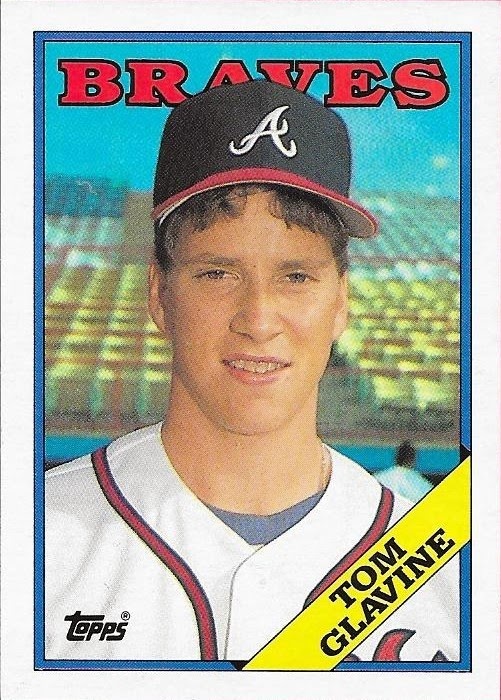 Not pictured were two really nice 1971s (Fingers and a World Series Highlights Brooks Robinson) and a "not quite vintage" 1986 Sportflics Reggie Jackson.  Those cards were nice, but I felt like this 1988 Topps Tom Glavine RC would look nice when scanned and put up on this blog.  I was right.  The yellow of the name ribbom and the red of the Braves header really make this card stand out.  It is very reminiscent of the 1967 Topps Hank Aaron that I have.  Subtly so, at least.  I think it is a really cool card, and I will include it with my Hall of Fame rookies.

Thank you so much for the care package, Bryce!  You have no idea how happy I was to open the package and to see all the vintage goodness inside!
Posted by William Regenthal at 7:12 PM