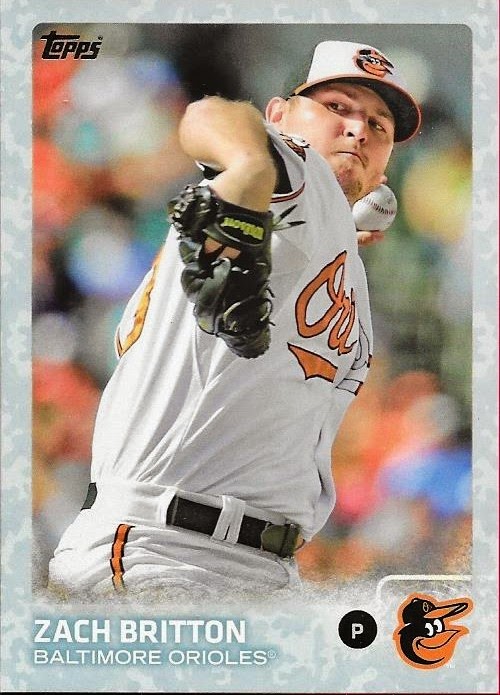 It's crunch time at my place, today as I prepare for my first card show in a couple years.  I have to continue sorting and pricing cards and avoid burning myself out on them.  Never is a good feeling being sick of looking at cards.

I also have been really behind on posting recent mail, even with posting a post a day.  So, I condensed a few trades and deals down to one post, with the hope of catching up a bit.  Even by doing this, I still have a ton in my "to be blogged pile".  Thank you all for bearing with me.  I'm sure some of you are tired of the "I got this today, or dealt for that" posts.  Trading has never been busier for me, so I suppose that's a good thing.

I got the above Zach Britton snow camo parallel in a trade with a kid from Instagram who uses the handle sports.cards.24.  I sent him a Derek Jeter coin from the Turn 2 Foundation, and got this Britton that is numbered 38/99.  It looks pretty cool, and will stay in my collection. 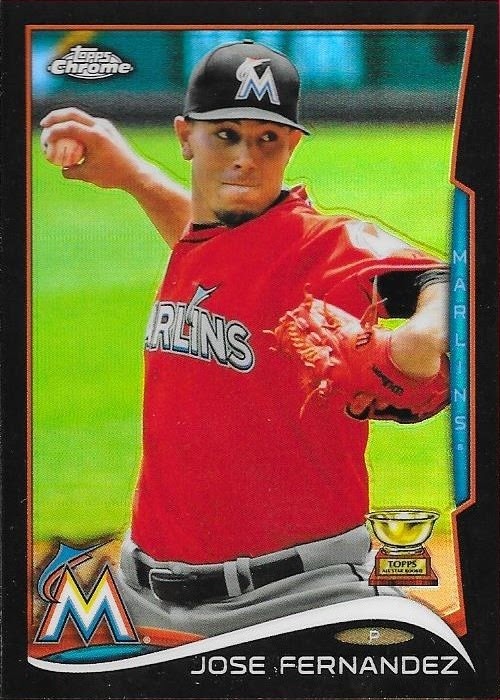 In exchange for a Bowman Chrome blue parallel of Dawel Lugo and a Jonathan Gray die cut, a kid named Barton (topshelf_graphs on Instagram) sent me this 2014 Topps Chrome Jose Fernandez black parallel numbered  21/100.  The card is really nice, and I think I can sell it at the show tomorrow.  If not, it'll be posted on my trade bait page. 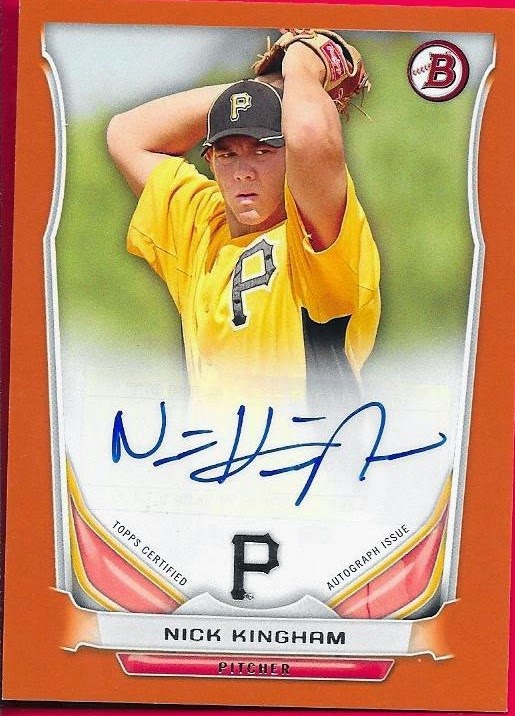 Being in a hurry is never good, especially when you are scanning cards.  This Nick Kingham was obtained (along with an Orange Tim Cooney auto) in exchange for a AJ Cole Bowman Sterling auto.  I got the card from a guy named Christian (Primesportscards on Instagram).  I picked them up specifically for trades and the Cooney has already been claimed by Andrew.  I can probably get a little bit out of the Kingham as well.  We'll see. 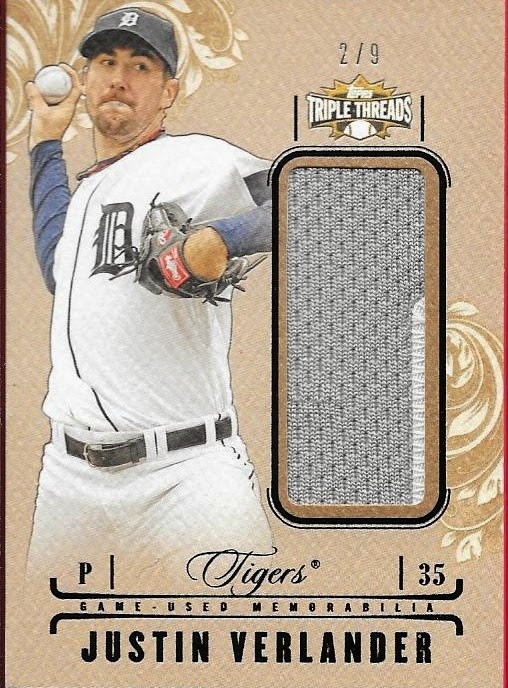 I traded for this Justin Verlander a while ago, and when I traded for it, I had no idea it was a patch card (and numbered to 9).  It's about the saddest patch card that I have seen, with the bare minimum of the patch showing.  Yet, it is still a patch card, and two colors for that matter.  I have had a lot of folks ask about it.  I'm going to take it with me tomorrow, and set the price pretty high and see what I can do.  I'm not too worried about this one, though, because I know I have a market for it when I get back here.  I also might end up keeping it, though.  It is a pretty cool card.  I would like to get some more patches soon. 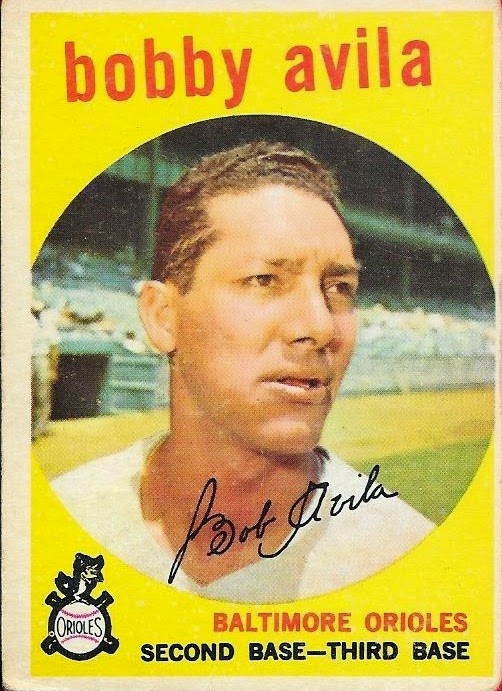 Finally, I got some set needs from my good friend, Jet, recently when he was trying to raise some money for a trip that he wants to take later this summer.  He sent 7 1959 Topps cards that I needed for my set.  Some of them will fit in nicely, and a couple of the others will be placeholders until I can upgrade them.

So, thanks for all of the deals, guys.  I really appreciate them, even if I wasn't able to dedicate standalone posts for them.  Hopefully you all understand.  It'll be nice to get caught up, but I don't know if I can.  I'm just hoping I can get some stuff cleared out tomorrow and maybe make a little money in the process.
Posted by William Regenthal at 2:43 PM