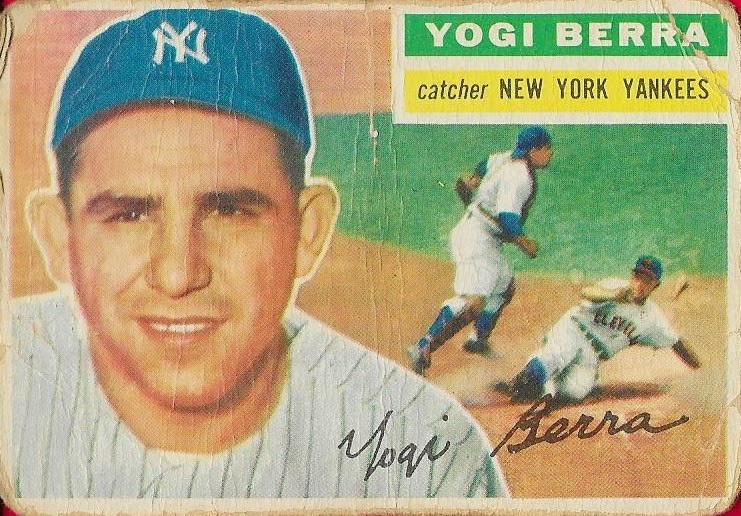 Chris and I went the the Inside Pitch Toy and Hobby show in Raleigh, NC today and I sure came home with a haul.  I was able to grab a bunch of cards for a few various sets, a few rookie cards and I even was able to grab a bit of trade bait for a few friends.  I was bargain hunting and found some nice Hall of Famers, albeit rough ones, but I'm still happy with them.

The above 1956 Topps Yogi Berra was something I saw early at the show and I waited to jump on it until later.  It is in really rough shape, but I think it looks cool.  It had a price tag of $10.00 on it, but I got it for $7.00 which I think was a deal, regardless of the condition. 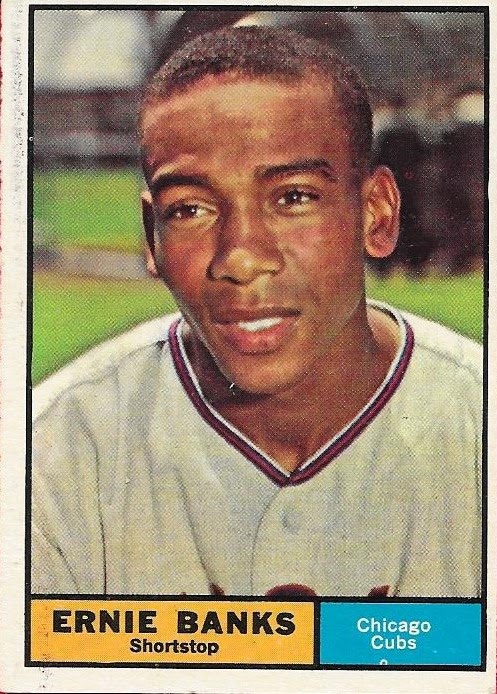 For $15, I got this really nice Ernie Banks 1961 Topps.  I looked at a couple of these over the course of the show and figured that since I had seen so many, maybe it was a sign that I should pick one up. 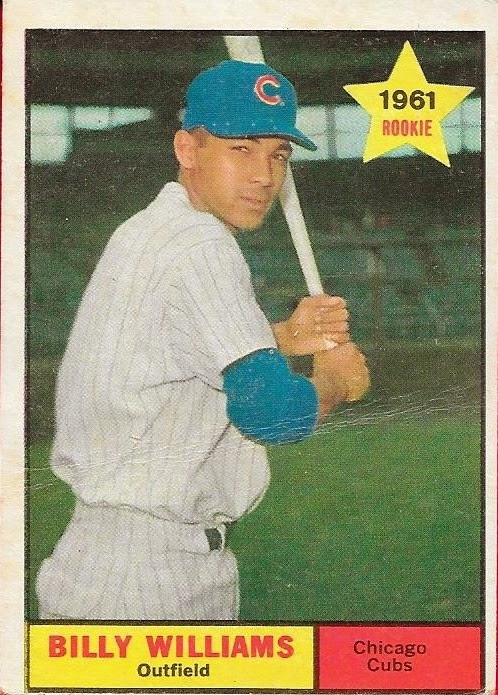 I made the mistake of giving a Billy Williams RC away to a Cubs fan that I used to know, so when I saw this one for $10.00, I jumped on it.  It has a crease that runs across the card, near his elbow, but it still is a sweet RC and I'm glad I have it. 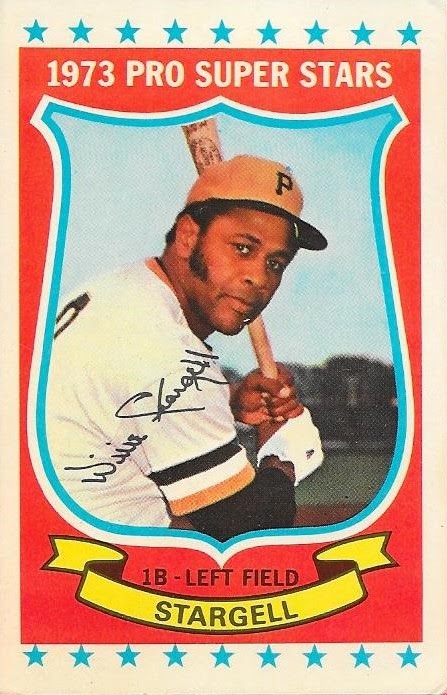 I liked how this 1973 Pro Super Stars Willie Stargell looked, so I grabbed it.  I had never seen any of these before, so I made sure to pick it up.  I got this card from a vendor who was really nice to Chris.  The guy sold Chris a 1962 Topps Hank Aaron All Star card for $10.  Chris brought his own money and came away with a few cards as well.  Maybe he will get around to posting them sometime soon. 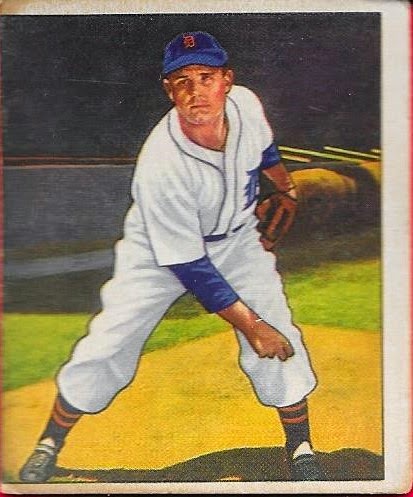 Another vendor had a great deal on vintage Bowman at $3.00 a piece, and when I saw this and another 1950 Bowman Virgil Trucks, I went ahead and grabbed them.  I already had one, but it's ok.  It's Mr. Trucks, so you know I can't have too many of his cards.  I'm not sure what I'll do with these, but I was happy to pick them up. 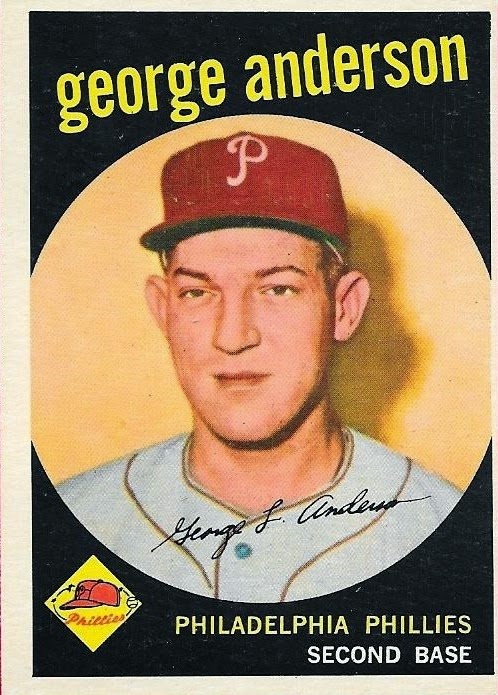 Getting into my set needs, I picked up 23 1959 Topps for my set.  Along with the above Sparky Anderson RC, I got Hall of Famers Don Drysdale, Jim Bunning and Orlando Cepeda. 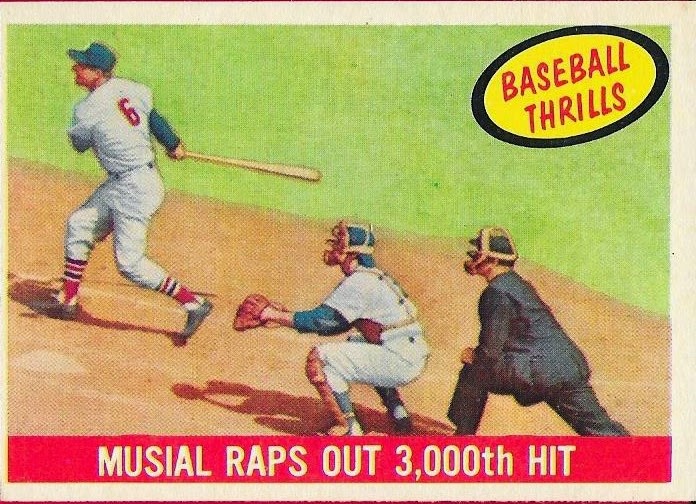 I looked at a few of these Baseball Thrills cards and picked up one of them, this Stan Musial.  I still need a couple of them, but didn't want to pay the premium that a lot of the sellers had going on these. 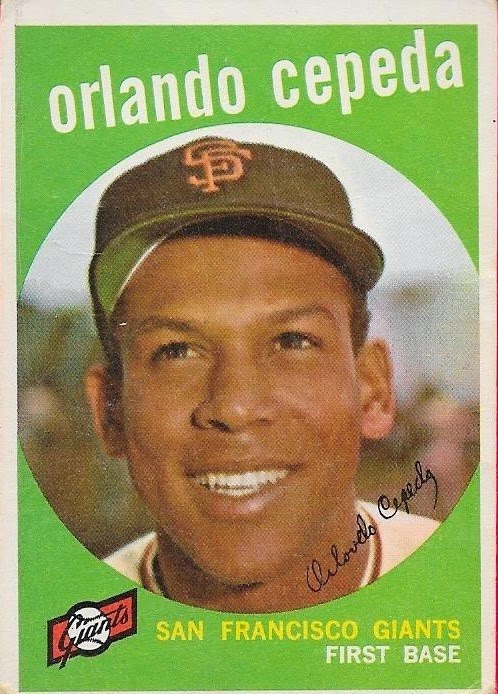 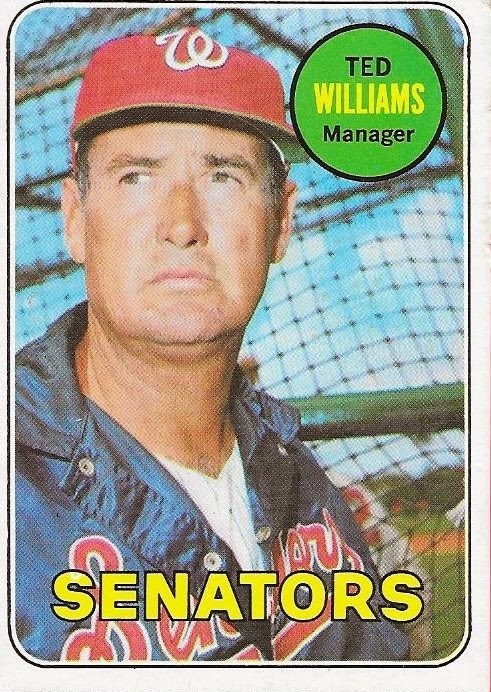 My mail goal for this card show was to pick up cards for my 1959 set, but I did add two cards to my 1969 set.  For some reason, I thought I already had this Ted Williams, but I guess I didn't, since it was still listed in my notebook.  This is a great card of the Splendid Splinter and it also is a high number.  I got it for $9.00. 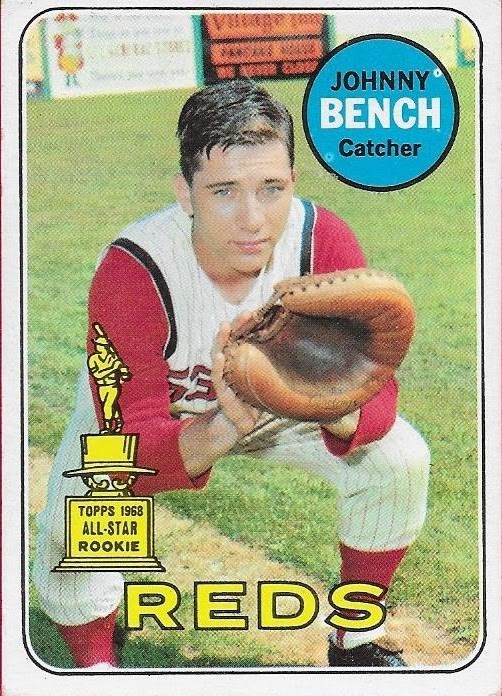 I saw this Johnny Bench at one table for $50, and passed on it.  Good thing I did, because I found this one in a bin for $15.  I definitely was happy that I used patience in walking around this show.  I did what I always do, I did one walk around the whole venue, picking up only a couple relics and autos out of $3.00 bins and recent cards out of 4/$1/00 boxes.  After I looked around and got a feel for what all was available, I made the rounds again with my notebook in hand, knocking off cards while remaining budget conscious.  I actually came home with money in my pocket, which was a bonus, since I usually leave once my wallet is empty. 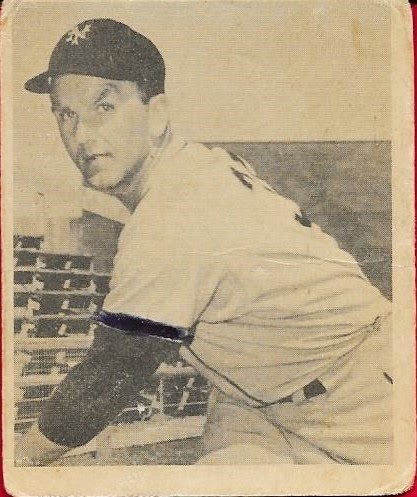 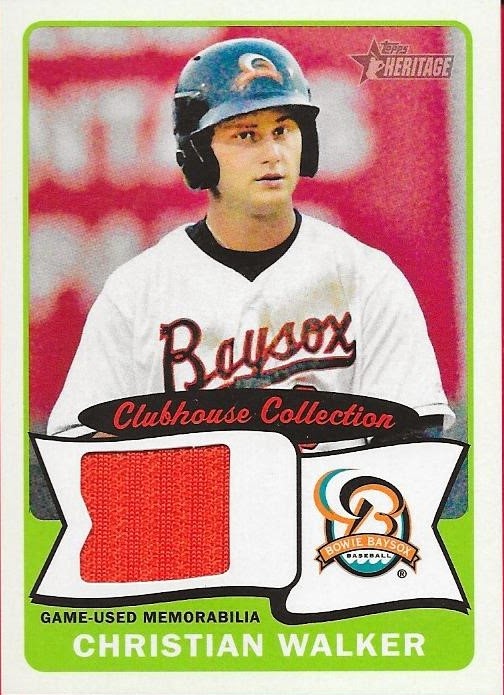 Vintage wasn't the only thing on my mind.  When I walked by a table that had this Christian Walker relic from this year's Pro Debut Heritage, I had to get it.  I was even more willing to pick the card up when the vendor told me he would take only $5.00 for it.  Awesome! 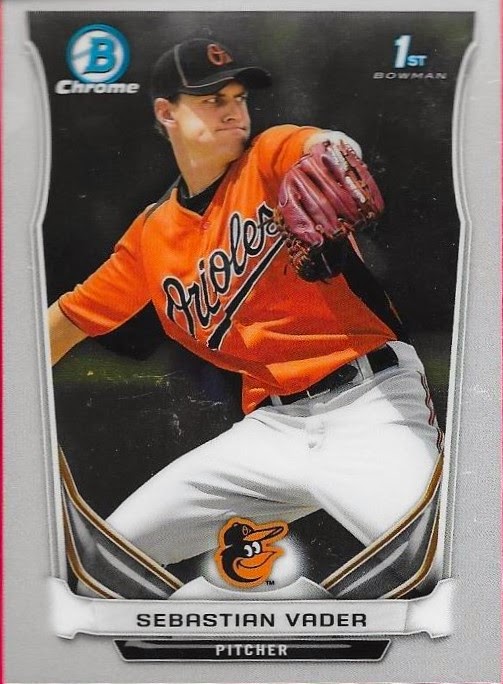 Finally, I noticed that one seller had busted two boxes of Bowman Chrome and left his commons out for sale at 4/$1.00.  I was able to pick up a few bucks worth of cards, a few for some friends, and a few Orioles for me.  I got Adam Jones, Chris Davis and this really cool Sebastian Vader.  I don't have to tell you all how excited I will be when Vader makes the majors and his jerseys become available for sale.  I'm a nerd.

Anyway, that is my look at my haul from the card show.  Not shown is the cheap stack of 13 cards from 1954 Topps for my buddy Jet's set.  I also picked up a good many Cubs cards for my buddy, Max S.

This will probably be my last major buying venture until after Christmas.  I need to save some money just in case the Orioles decide to start playing better once the playoffs start and they advance to the World Series.  I also need to start working on a couple birthdays that are coming up, as well as Christmas.
Posted by William Regenthal at 7:05 PM