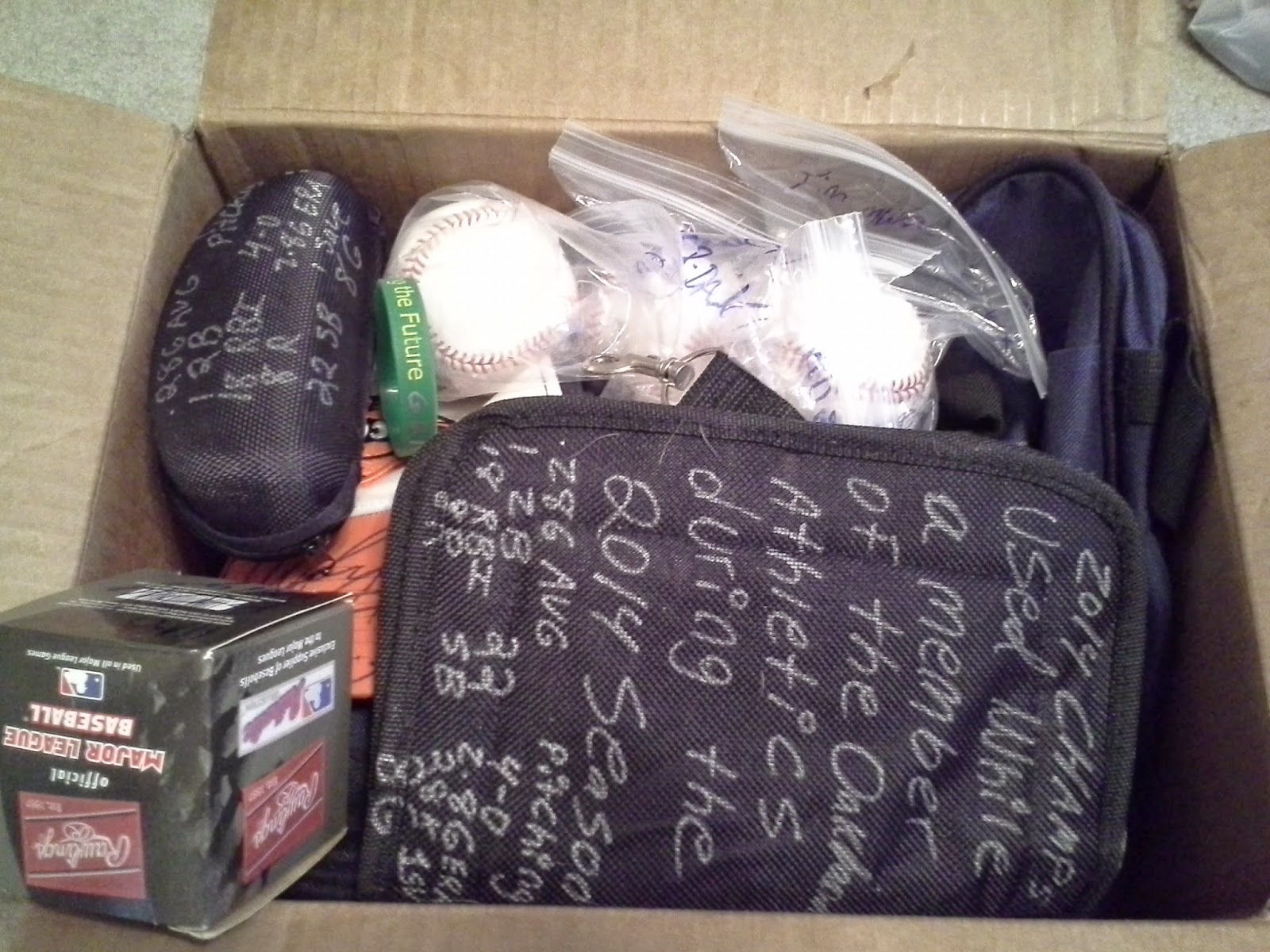 I got a huge box from my friend, Michael last week for my birthday.  Inside the box was a ton of stuff that I really wasn't expecting.  He sent along another round of his own game used stuff from his recently completed baseball season.  I sure hope he makes the big time, or else, I will have a bunch of stuff I'll have to send back to him once he has kids. 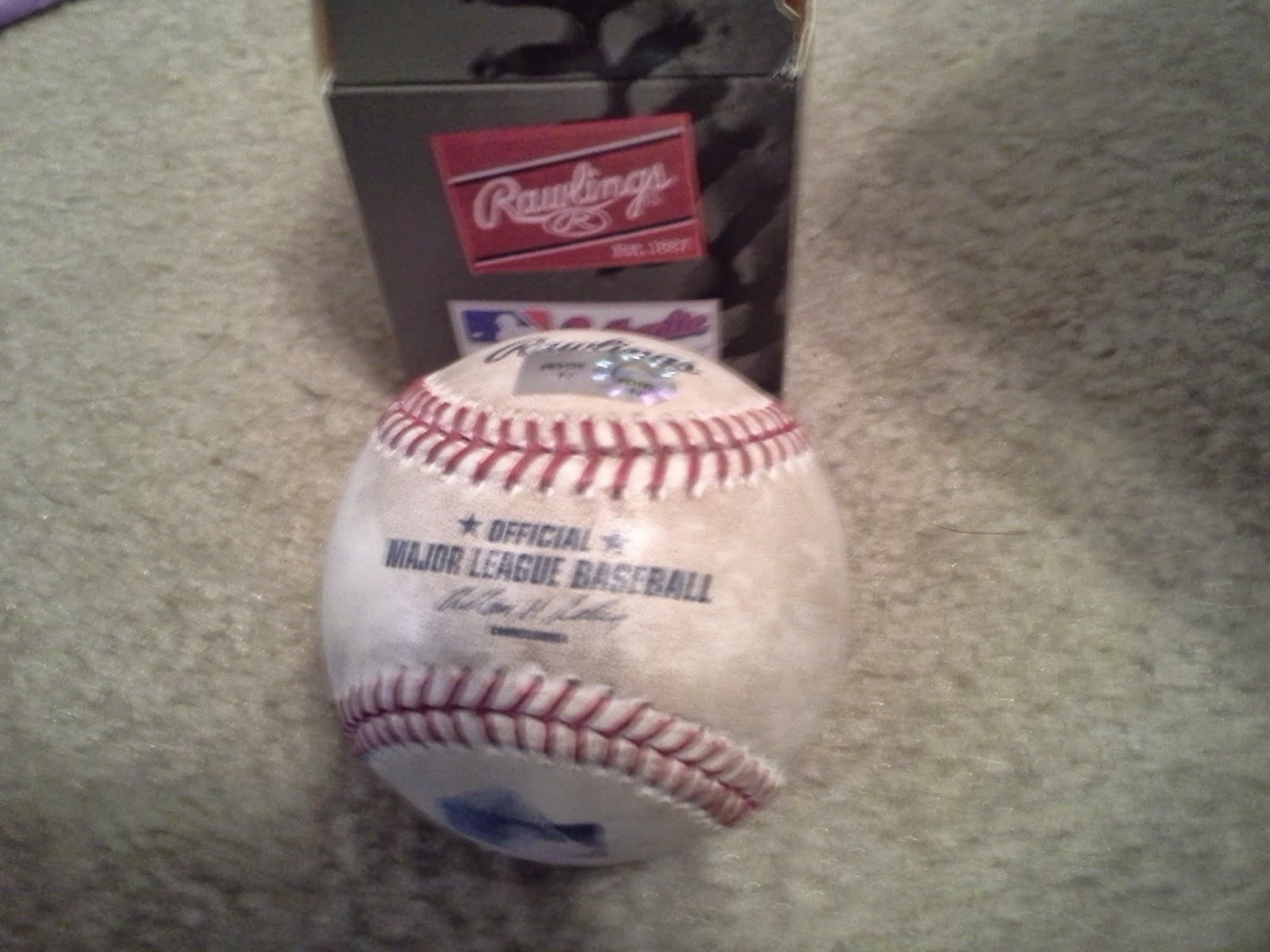 Something really cool in the box was this game used baseball from the 2013 season.  April 24, 2013, to be exact.  It is a pitch from Brandon Morrow to Nolan Reimold which ended up as a foul back to the screen.  Nice! 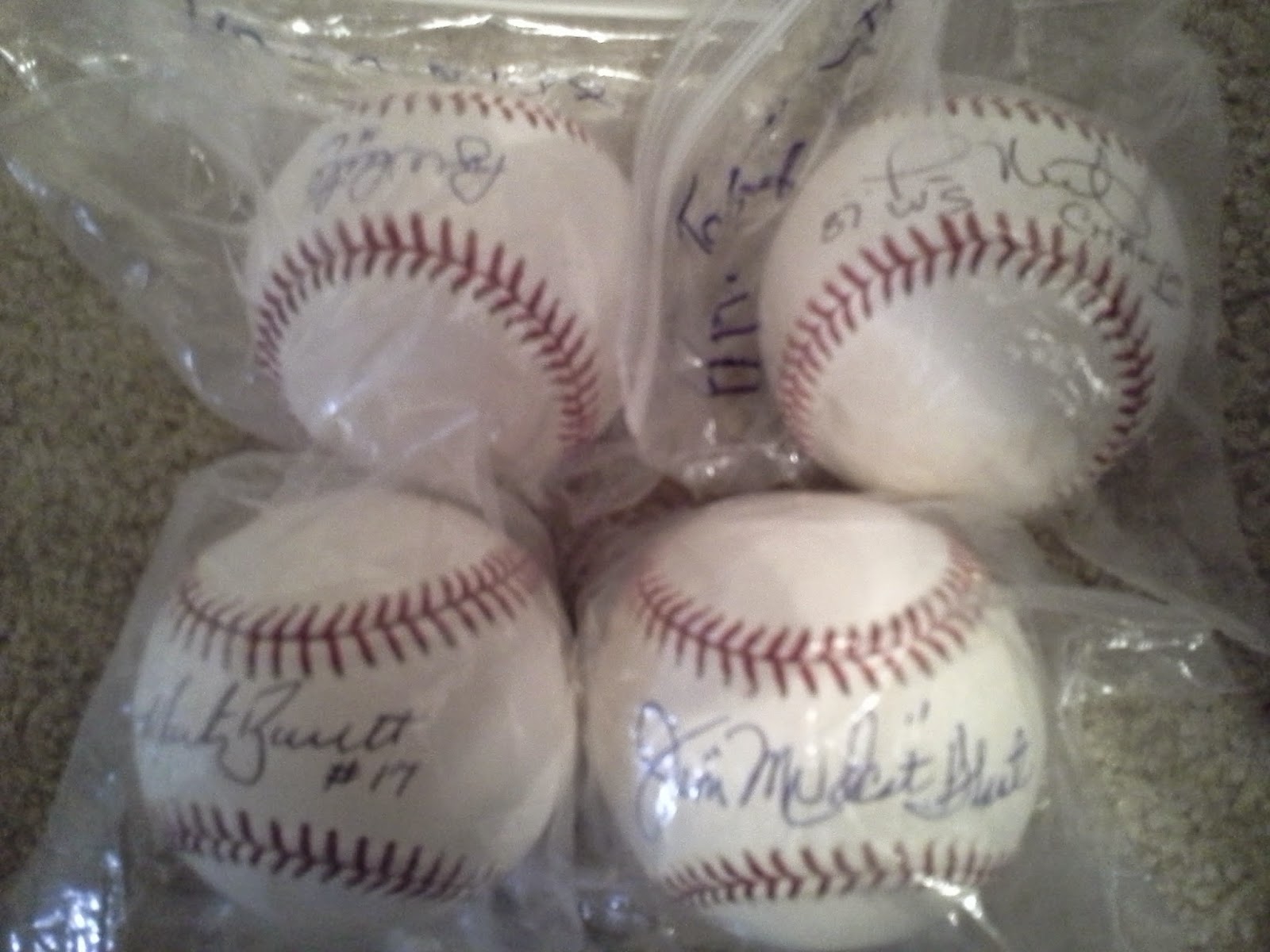 I was really surprised to find these signed baseballs in the box.  Starting from the top left is Roy White, Tom Nieto; Bottom left: Marty Barrett and Jim Mudcat Grant.

I already had a Grant ball, a ball I got for free while in Cooperstown, but it was badly faded.  I can now upgrade it like I have been wanting to for a while.

Thanks so much for the birthday box, Michael, I really appreciate it!
Posted by William Regenthal at 6:01 PM