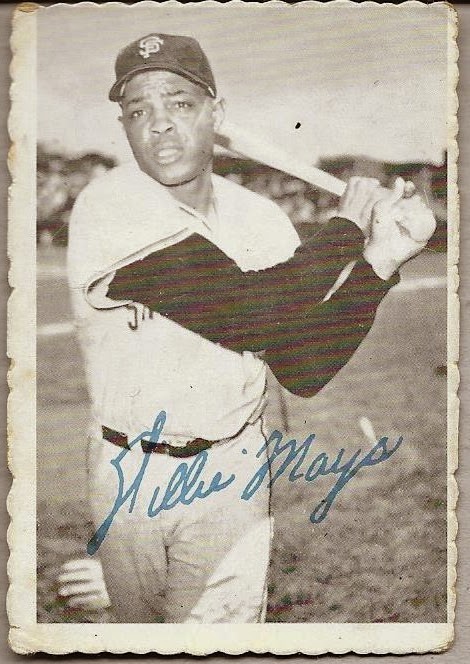 I completed a huge deal a few weeks ago with my friend, Max S., when I sent him a couple Michael Choice autographs and some other Cubs cards.  In return, Max sent me two packages of vintage stuff. There was so much in the packages, I was overwhelmed while looking through it all.  You can see how much he sent below.  There were 9 pages of 1975 Topps, a snap case with more 1975s and a few other 70s cards.  There was another snap case of advertising cards (mostly 1976 Hostess), three mini albums filled with 70s cards and some other miscellaneous stuff.  The card I liked the most was the above 1965 Topps Deckle Edge Willie Mays.  It was on the last page of the last mini album that i looked through and I was so excited to see it.  There were several other Deckle Edge cards, one of which was a sweet Carl Yastrzemski. 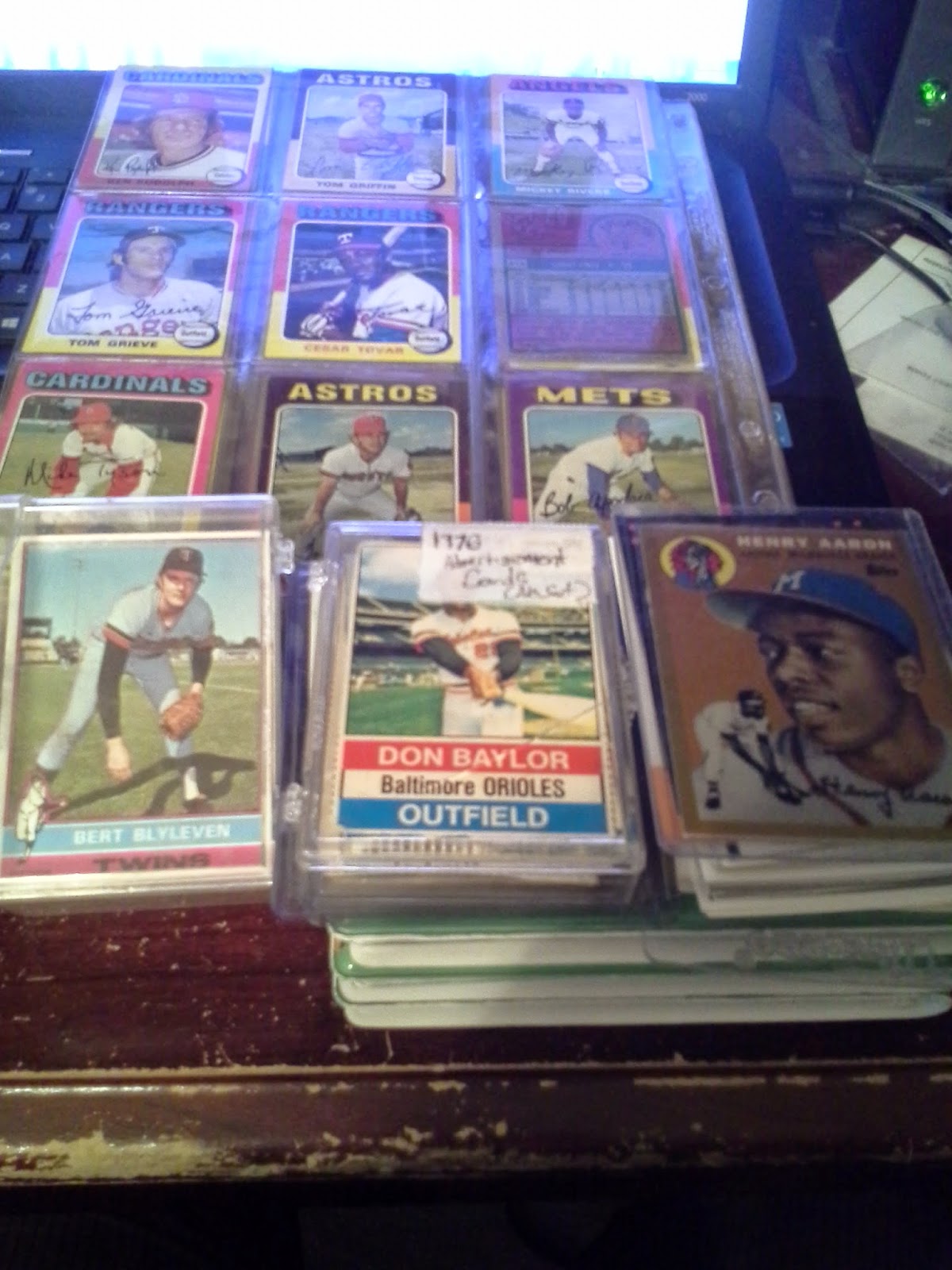 There were quite a few cards in the package(s) that looked like someone had went to town on with a pair of scissors.  Most likely, it was a kid who was trying to get their cards to fit into an album page. 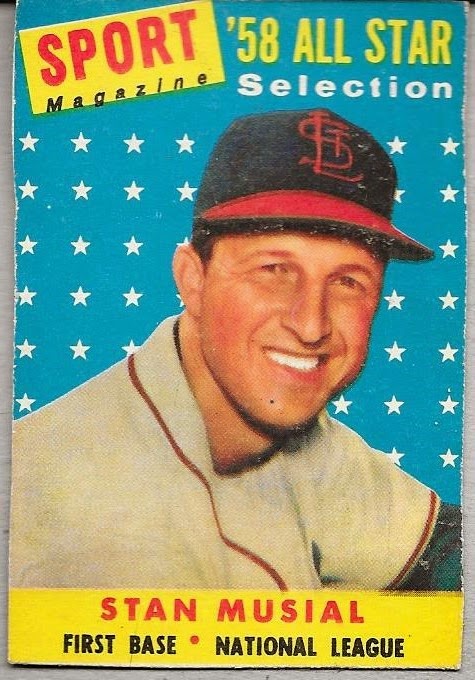 This 1958 Topps All Star card of Stan Musial was the biggest example of the trimming.  There was also a 1956 Topps base card that had also been trimmed significantly.  While it would have been cool to get this Musial in untrimmed condition, it is still a nice card and carries a good story.  I'm not concerned with the value. 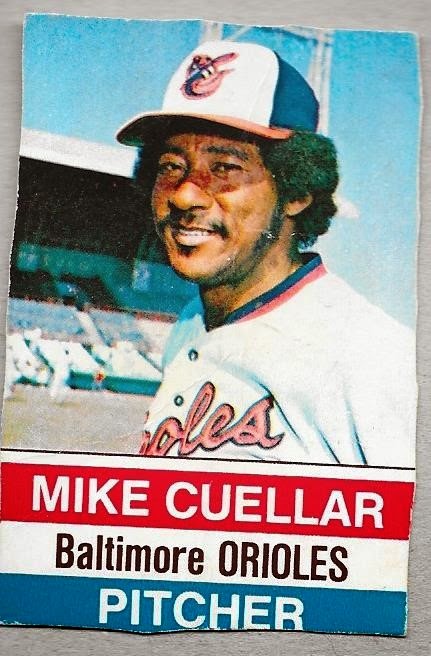 There were a whole bunch of these 1976 Hostess cards, not quite the complete set, but probably pretty close.  Most of them were cut like the above Cuellar, but this card will still look cool in my Cuellar PC.  The other ones will be put up for now.  I may consider going for the set later on.  They would look cool in an album, I think. 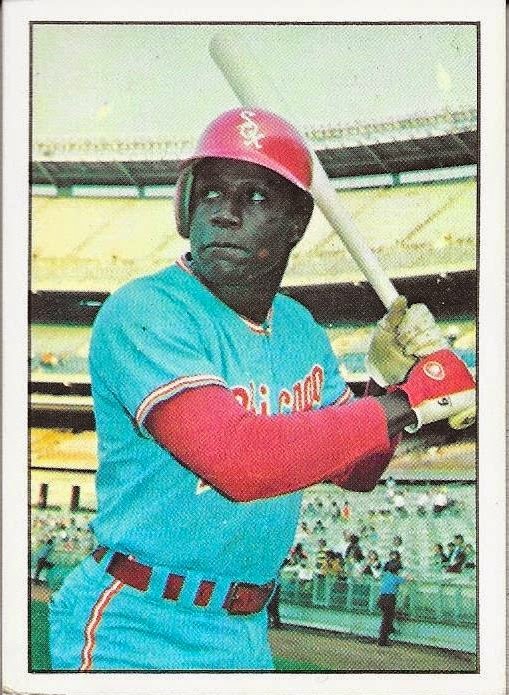 There were quite a few 1975 SSPC cards in the deal as well.  There weren't any stars, but the cards are still really cool.  This might be the first time Jorge Orta has made an appearance on my blog. 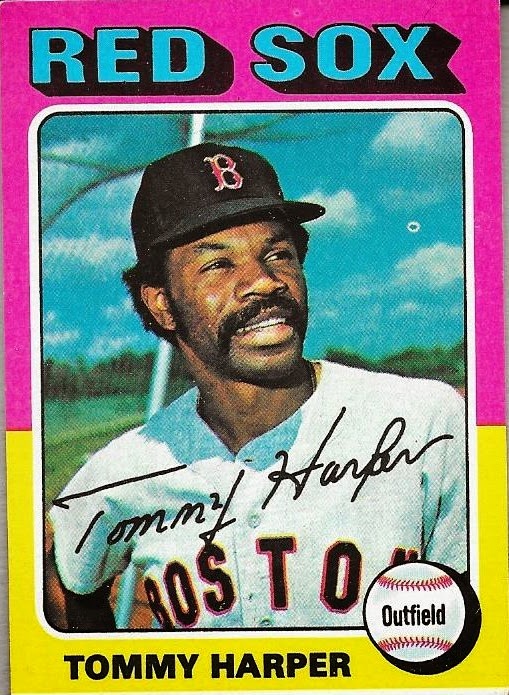 Max S. had to send this deal in two packages because the album pages of 1975 Topps didn't fit into his original package.  I ended up with a bunch of 1975s.  I already have completed this set, so I'm not quite sure what I'm going to do with these.  I might trade or sell some of them, or I might hold onto them for a bit until Chris gets into set building.  If that happens, he will already have a nice starter set. 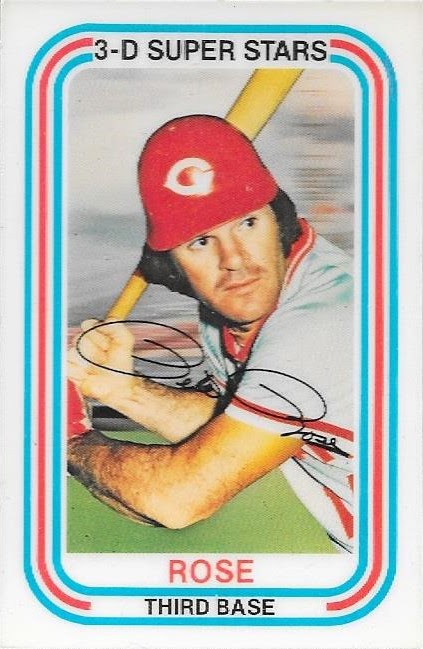 There were a bunch of 1976 Kelloggs cards, the highlight of which was this Pete Rose that was in really awesome condition.  Most of the Kelloggs cards that came in the deal were in great shape and didn't have all of the surface cracking that I have seen on these in the past. 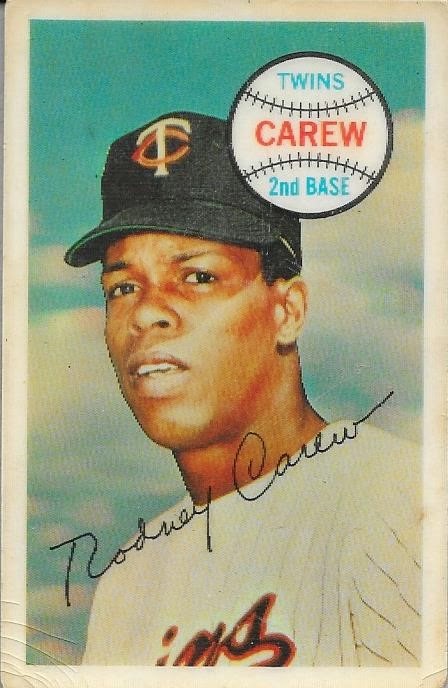 There were also some 1970 Kelloggs cards in the package.  The nicest of which was this Rod Carew.  I know some people in the past have built these Kelloggs sets.  I don't know if I will, but at this point, I will definitely consider it.  Worst case, I will hold onto the Hall of Famers and flip the others, who knows. 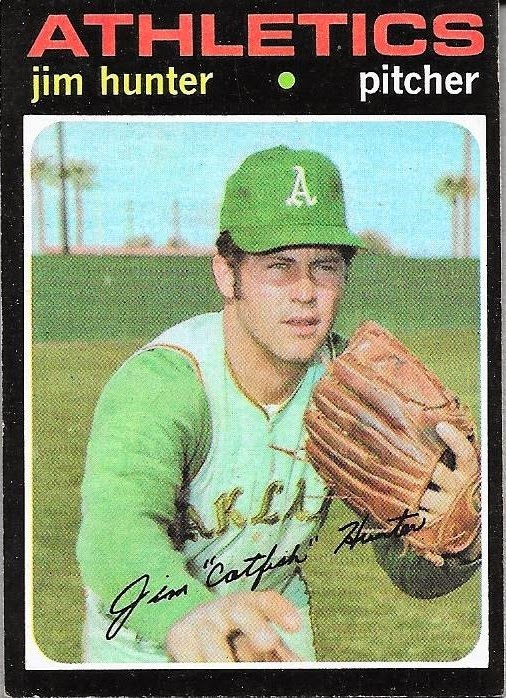 Finally, there was a really nice 1971 Topps Catfish Hunter card in the package that will get put into my Hall of Fame box (probably where a lot of this stuff will go).  I have picked up a few early career Hunter cards and each of them looks so cool with his uniform.  Hunter is also a sort of local legend around this area, as I live about 2 hours from Hertford, NC, where he called home. 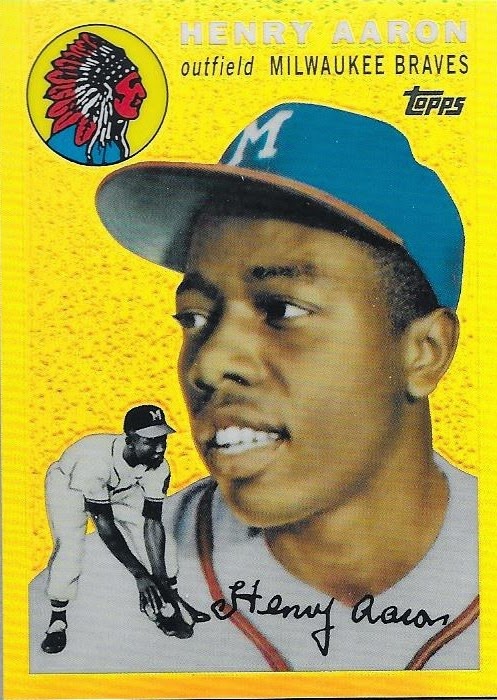 While I was waiting to get this huge deal posted, Max S. and I worked out another deal where I sent him some more Cubs cards.  In return, Max sent me some nice Orioles and this really cool Topps Archives chrome Hank Aaron.  The card looks really great and I was glad Max sent it.

Please note, I will be referring to Max S. as Max from now on.  Those who have been reading this blog since its inception will remember that I used to know someone else named Max who had been featured quite a bit on here.  Since we no longer associate with one another, I will not be referring to him at all and I didn't want anyone confusing the two.  So, from now on, Max S. is who I will be talking about; a really good guy from Chicago.  I hope that clears up any confusion.
Posted by William Regenthal at 6:38 PM