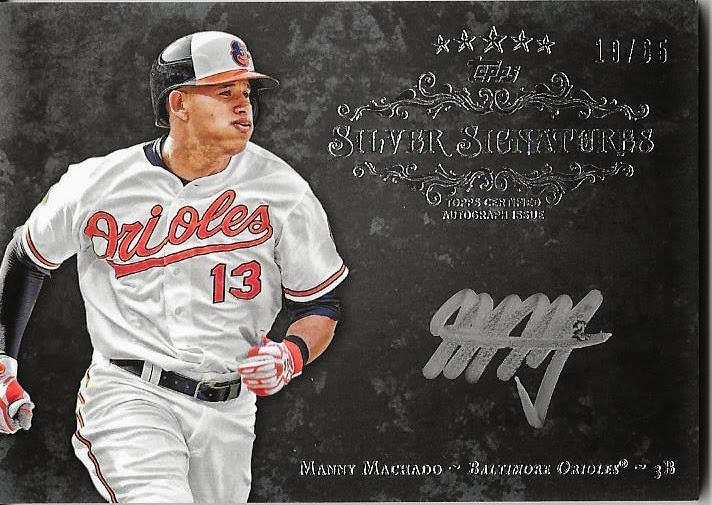 I just recently met a guy on Instagram who, like me, is a huge Orioles fan.  We worked out a deal where I purchased the above 2013 Topps Five Star Manny Machado auto for $35.  A great deal, I think.  We kept on talking and in exchange for some vintage Orioles and some extra Cals, I got a ton of 1969 Topps cards for my set. 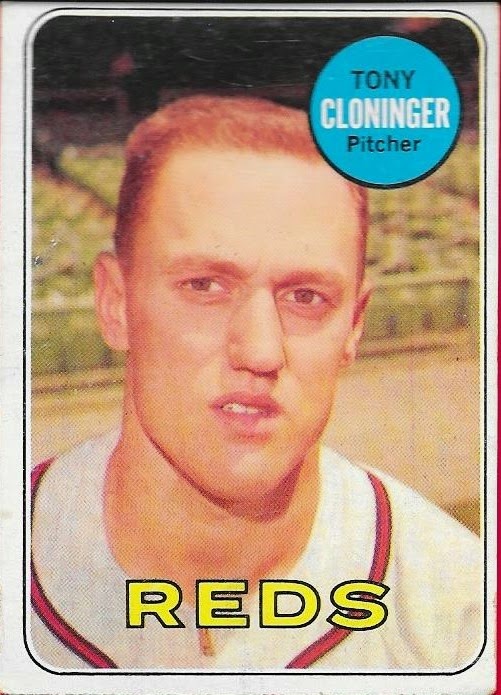 I had to scrap a few of the 69s that Blaine sent, since they were in really rough shape, but I was still able to use 29 of the cards he sent, many of them were mid to high numbers.  The Tony Cloninger is really cool, especially since he shopped at the grocery store I used to work at in Denver, NC.  One of the guys I worked with carried his groceries out for him.  When they got to his car, Cloninger reportedly told him "Do you know who I am?  I used to play major league baseball."  The guy wasn't a baseball fan, but he knew I was, so he got his (Cloninger's) autograph for me, which I still have today!

Thanks for the deal, Blaine, I really appreciate it.  This stack of cards will put a major dent in my 1969 set.
Posted by William Regenthal at 5:46 PM