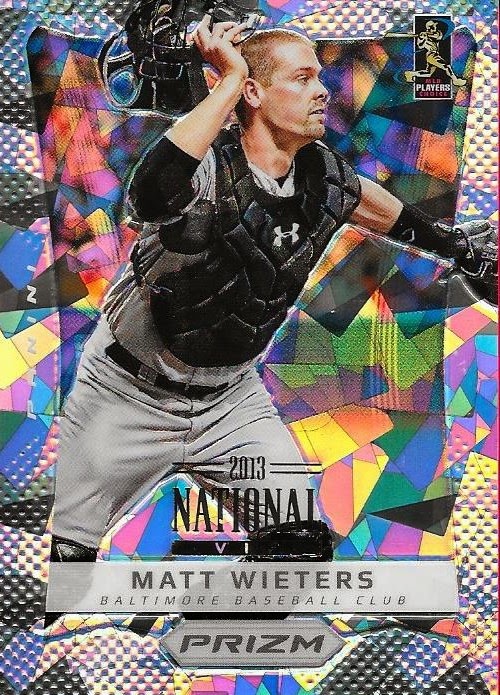 Again trying to catch up on some posts, I wanted to lump together the last two cards I had from my most recent COMC purchase, two really cool Panini Prizm cards.  The top card is a rare Matt Wieters card.  Rare in a couple ways, really.  One, Wieters STILL doesn't have a Topps regular issue card, which really sucks, and two, this card is a National Card Show Cracked Ice VIP exclusive, numbered 1/5.  Not bad at all. Best part is, I got it for only $6.40. 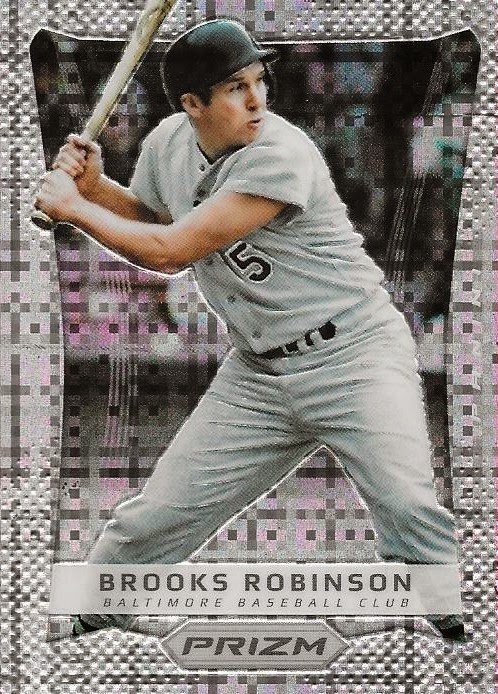 This card is also a 2012 National Convention exclusive card, a Pulsar Prizms Brooks Robinson that I got for $4.25.

I had built up a good bit of store credit when a couple of those stupid sparkle SP cards from a couple years ago sold out of my account.  The sparkle card is such a dumb concept, but I'm not complaining, because I was able to flip the two I pulled for quite a few PC and set needs.  These two Panini Prizm cards alone make up for the loss of those goofy sparkle cards, in my opinion.
Posted by William Regenthal at 5:36 PM