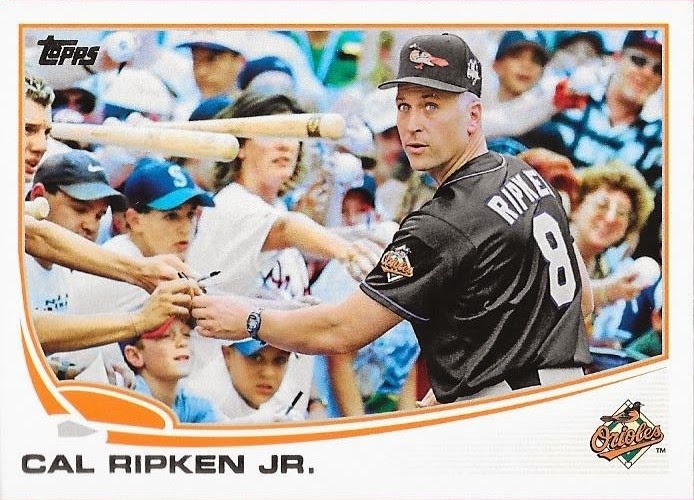 Hey, look!  I got a Cal Ripken card that I didn't have in my collection!  This 2013 Topps short print of Cal was part of the 2013 Topps Update set, of which there were two different shots of Cal.  One was the SP (this one) and another was a SUPER short print.  I can't remember what shot was used for his SSP, but a search on Ebay revealed none at the moment.  Oh well, doesn't matter.  I got this one from a kid named Bryce on Instagram when I sent him a Wily Peralta pink parallel from 2014 Topps and some Brewers extras (mostly some Robin Younts that I pulled for a failed trade).

Bryce had contacted me once before about a trade, but it didn't really get off of the ground.  This time around, we agreed to a deal within minutes, and got everything ironed out.  I plan on trading with him again in the future, especially is every deal with him is this easy!

Thanks for the cards, Bryce!
Posted by William Regenthal at 6:09 PM