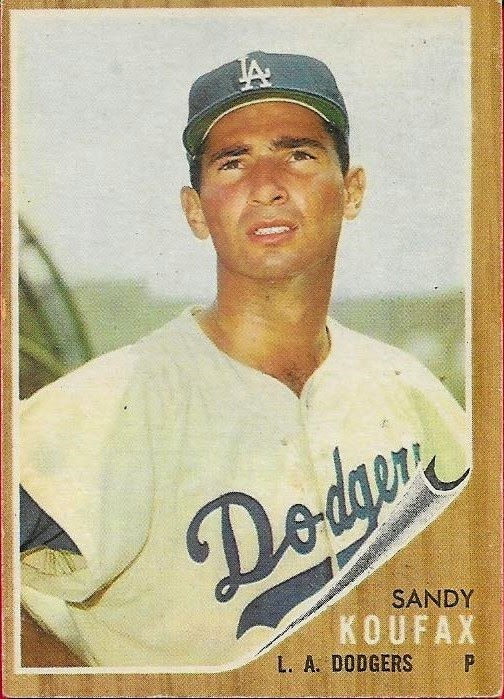 Ever since I picked up my partial 1967 Topps set from Rob, he and I have kept an open dialogue on potential deals.  He has given me first refusal on a few things that have popped up.  When he messaged me about the possibility of me landing a 1962 Topps Sandy Koufax from him for a mere $35, I had to jump at the deal.

I keep getting nice Hall of Famers from 1962 and when I do get around to working on this set, I will have a great head start.  Koufax stuff always carries a premium, so getting this one at the price I paid was an awesome deal.

Thanks for the deal, Rob!  I am excited to see what cards pop up next.
Posted by William Regenthal at 5:35 PM