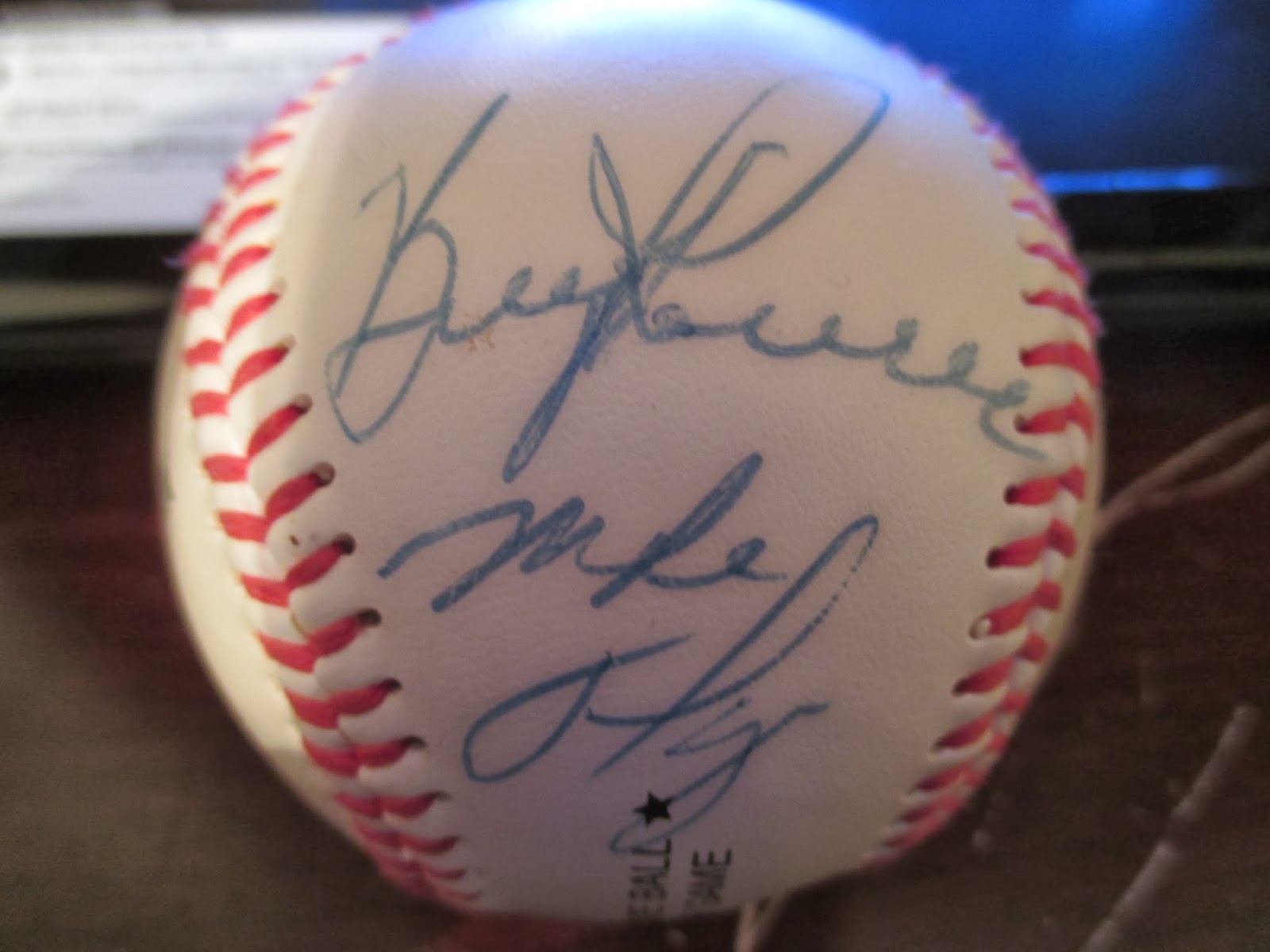 One of my favorite pickups from this past weekend's Orioles Fan Fest is a bit bittersweet as well.  I have wanted a Mike Flanagan signed baseball for quite some time and that want/need was compounded a couple years ago when Flanny took his own life following years of battling depression.  The former Cy Young Award winner's death cast a pall on the life and career of one of the Oriole greats.  His death really affected me because I was one of those Oriole fans who heavily criticized his moves as GM, but in reality, a lot of his moves (and even some non-moves) turned out to be good ones.

With the recent passing of one of my favorite actors, Philip Seymour Hoffman (who has a key role in my second favorite movie ever, The Big Lebowski), I realize that life is really short and we need to enjoy it as much as we can.

So, that being said, I was really glad to be able to find this Flanagan ball at Fan Fest from one of the vendor tables.  The vendor area was full of some really cool Orioles stuff, a lot of it was stuff I would have been interested in taking home, but I didn't want to spend a whole lot.  I saw the ball (it is a 1993 All Star Game commemorative ball) and its price of $20.00 and was thinking I should probably get it, then Scott walked up and said I should ask the guy if he would do $15. The guy agreed and I was able to get the ball.

I really didn't think I would leave Fan Fest with a Flanagan ball, let alone one with Boog's signature on it as well.  I was really happy.  Of all the stuff I got at Fan Fest, this might be my favorite.

Going back to what I said before, it might not make sense in the context of me talking about buying a baseball, but I spent this past weekend with my son and a good friend.  We had a great time, enjoyed each other's company, and then had an amazing dinner together after Fan Fest.  I'm glad I was able to do it, and am happy that I am doing my part to make positive memories for Chris.  I hope he can look back at stuff like this when he is much older and think to himself, 'Wow, my dad took me to some really cool places...' Because, really, that's what it is all about, making good memories.
Posted by William Regenthal at 9:10 PM