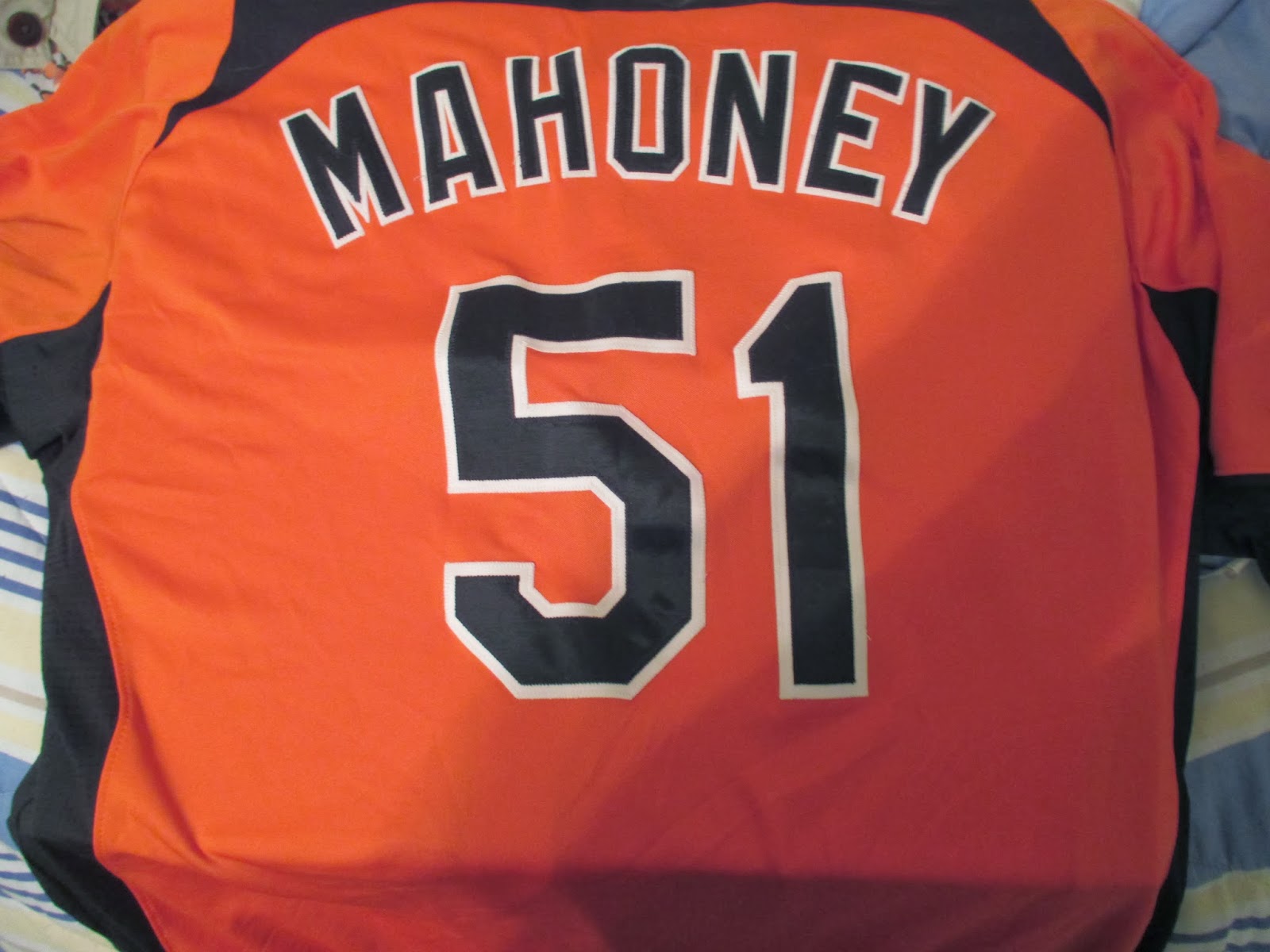 I'm skipping around a bit now, but I really didn't want to post a whole bunch tonight, especially since the last autograph station we went to had 4 guys signing.  I hope to do that one tomorrow, depending on my mood.

After that station was done, Chris and I met back up with Scott and we made our way to the memorabilia room one more time.  Since they were about to close, I figured they would have marked a few things down. I was right.  They had marked the team issued jerseys down to $80 and the spring training jerseys to $20.  I missed out on the Dontrelle Willis jersey, but did manage to pick up the above Joe Mahoney jersey.

I got to see Mahoney play in Bowie a couple years ago and during that game, he hit two home runs.  After the second home run, he threw his batting gloves on top of the dugout right by where we were sitting.  I was too late as a kid grabbed them up and ran away.  Not to be beaten again, I snatched this jersey up and it is now here in my home.  I plan on wearing it to a game, even though Mahoney isn't with the team anymore. For $20, I know I got a deal!
Posted by William Regenthal at 11:25 PM