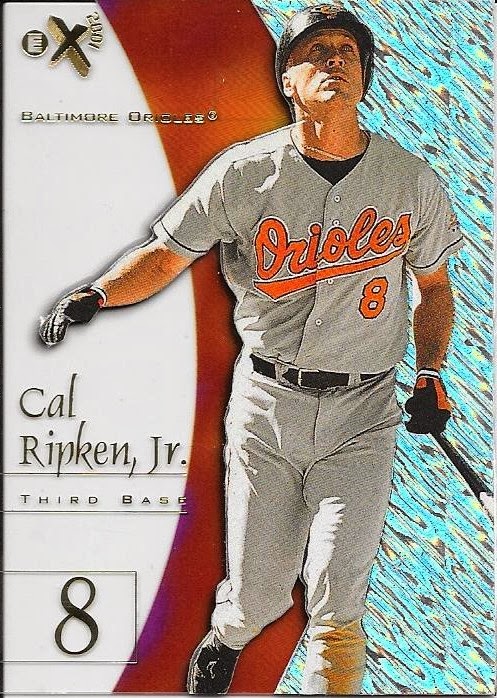 I recently began talking with a guy on Facebook, Brad Zonghetti, because he was good friends with Scott, with whom I'm good friends.  I figured that if he and Scott were good friends, it would be a good idea to get to know him and see if I could help him out at all with his card collection.

I was able to meet Brad's needs pretty substantially right off the bat when I sent him a huge stack of Carlton Fisk, Adrian Gonzalez and Craig Biggio cards.  I can't remember the specifics, but I know his Fisk and Biggio PCs grew tremendously in size.

In return for the cards I sent Brad, he sent me a nice stack of Orioles stuff.  The above Cal Ripken Fleer/Skybox EX 2001 is really awesome, especially in person.  I think I'm a sucker for the clear cards.  He also sent a 2013 Panini Pinnacle clear card of Jim Johnson.  Man they look nice. 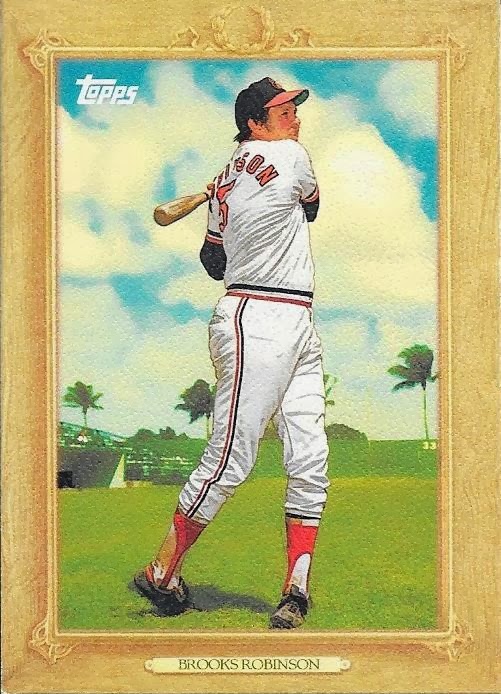 Brad also sent me this nice 2010 Topps Turkey Red Brooks Robinson insert.  I'm pretty sure I have it, but it still is an awesome card.  I definitely don't mind doubling up on this one.

Thanks for the trade, Brad!  I know we'll do this again because I found even more Biggios in a box and have already dropped them in the mail to you!
Posted by William Regenthal at 5:35 PM