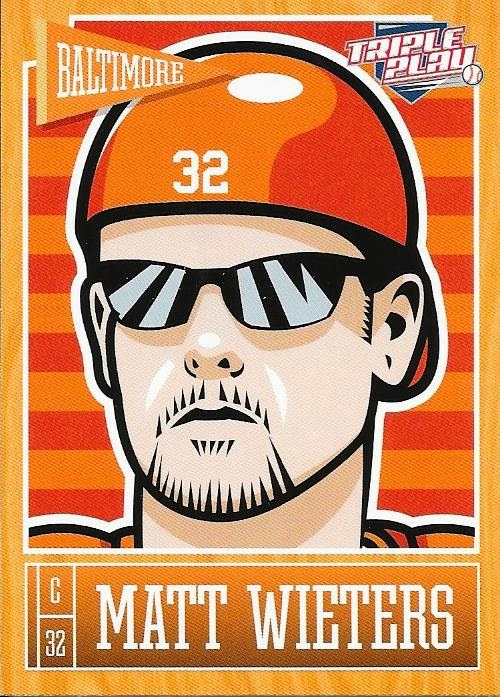 I got a nice package in the mail the other day from James a. k. a. Chunter from the blog Chipp and Dale that I wasn't expecting.  Well, I kind of figured somethinf was coming when he emailed me asking for my address, but other than that, no I wasn't expecting it.

In the package was an assortment of Orioles cards, several of which I didn't have.  The above Matt Wieters is really cool.  I won't rehash again how mad I am about him not being included in Topps's offerings.  Its just a shame. 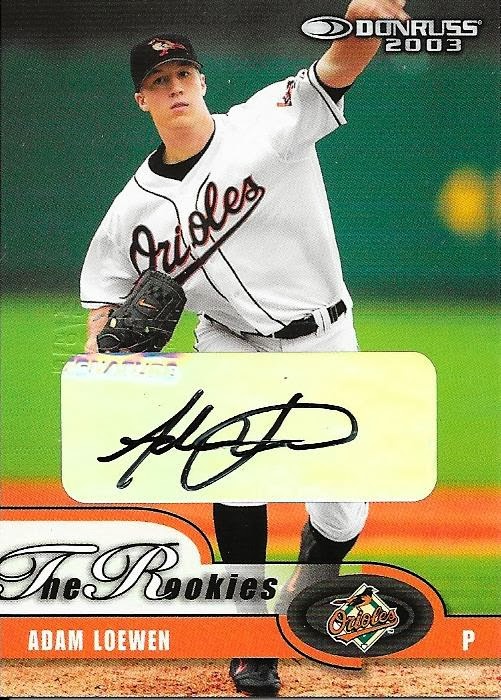 Speaking of being disappointed (in the player, not the card), here is an autograph of former First Round Pick, Adam Loewen.  Loewen blew out his arm, then famously reneged on a gentlemen's agreement that he would re-sign with the Orioles when they let him out of his contract.  Initially, he was to be let out of his contract, then re-sign to a minor league deal so the O's could bring him up as a hitter.  Instead, Toronto swooped in and signed him and the rest is history.

James also included a 2013 Topps Nolan Reimold gold parallel, which is a really nice card.  I've already got one gold parallel, but this one is equally as nice, and I didn't have to scour Ebay for this one.

Thanks for the cards, James!  I really appreciate it.  I hope everyone goes and checks out James's blog because he is a fantastic writer and deserves the recognition.
Posted by William Regenthal at 9:10 PM