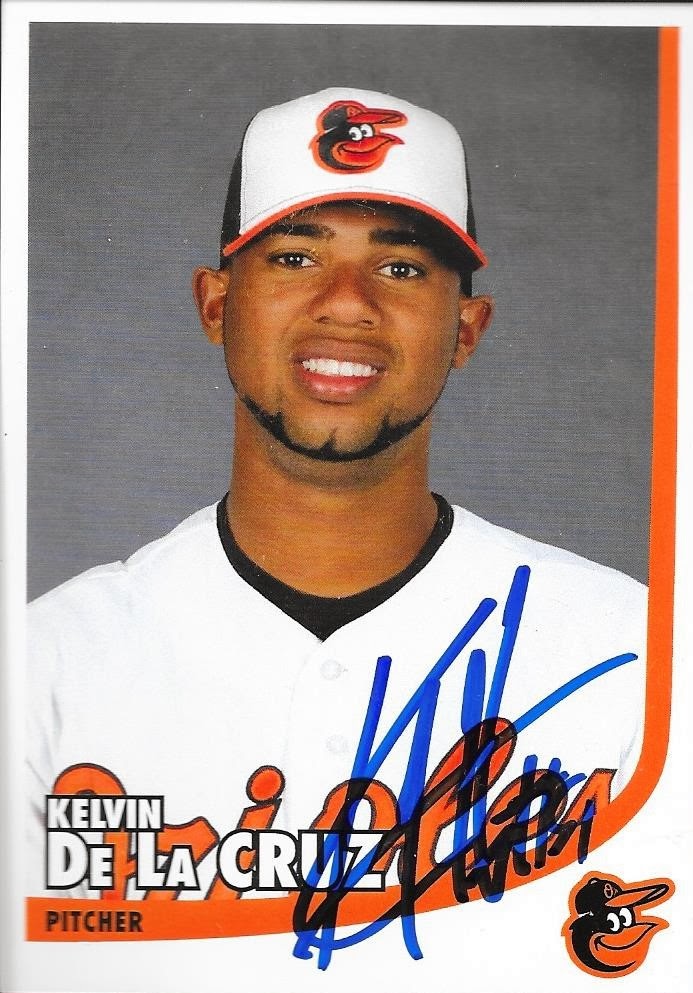 I had vouchers for one more autograph signing, the 4:40 session with Kelvin De La Cruz (above), Henry Urrutia, Larry Bigbie and Matt Wieters. 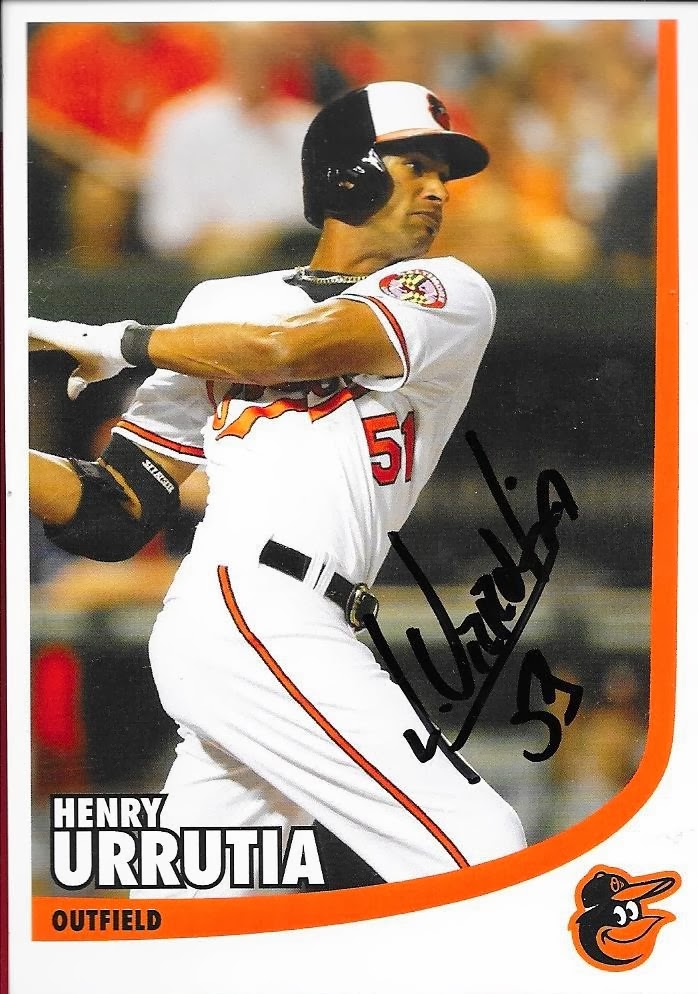 Urrutia looks like he has packed on a little bit of weight this offseason.  He will be one of the Orioles' keys to success this year.  Especially if they don't sign anyone else, and the way it is looking, they won't. 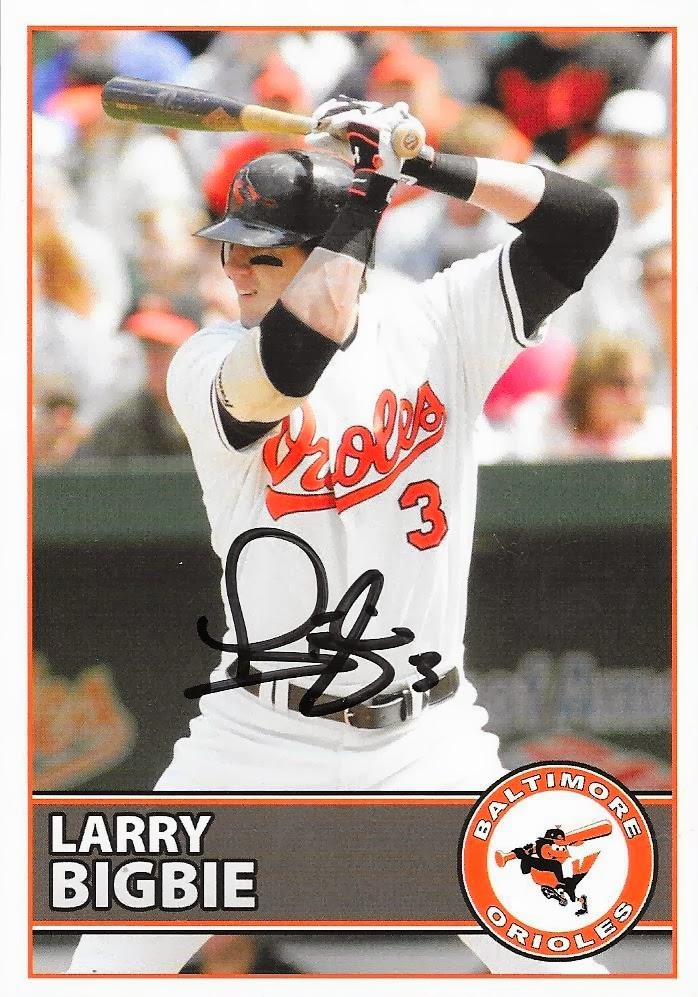 Larry Bigbie was a former first round pick of the Orioles (1999) who was named in the Mitchell report in 2005.  Before that mess happened, I saw Bigbie play for the O's (in 05) over two games against the Yankees.  He hit a homerun in each game.  He has a connection through Ball State University with a good friend of mine.  I mentioned my friend to him, and Bigbie said that he recalled him, which was cool. 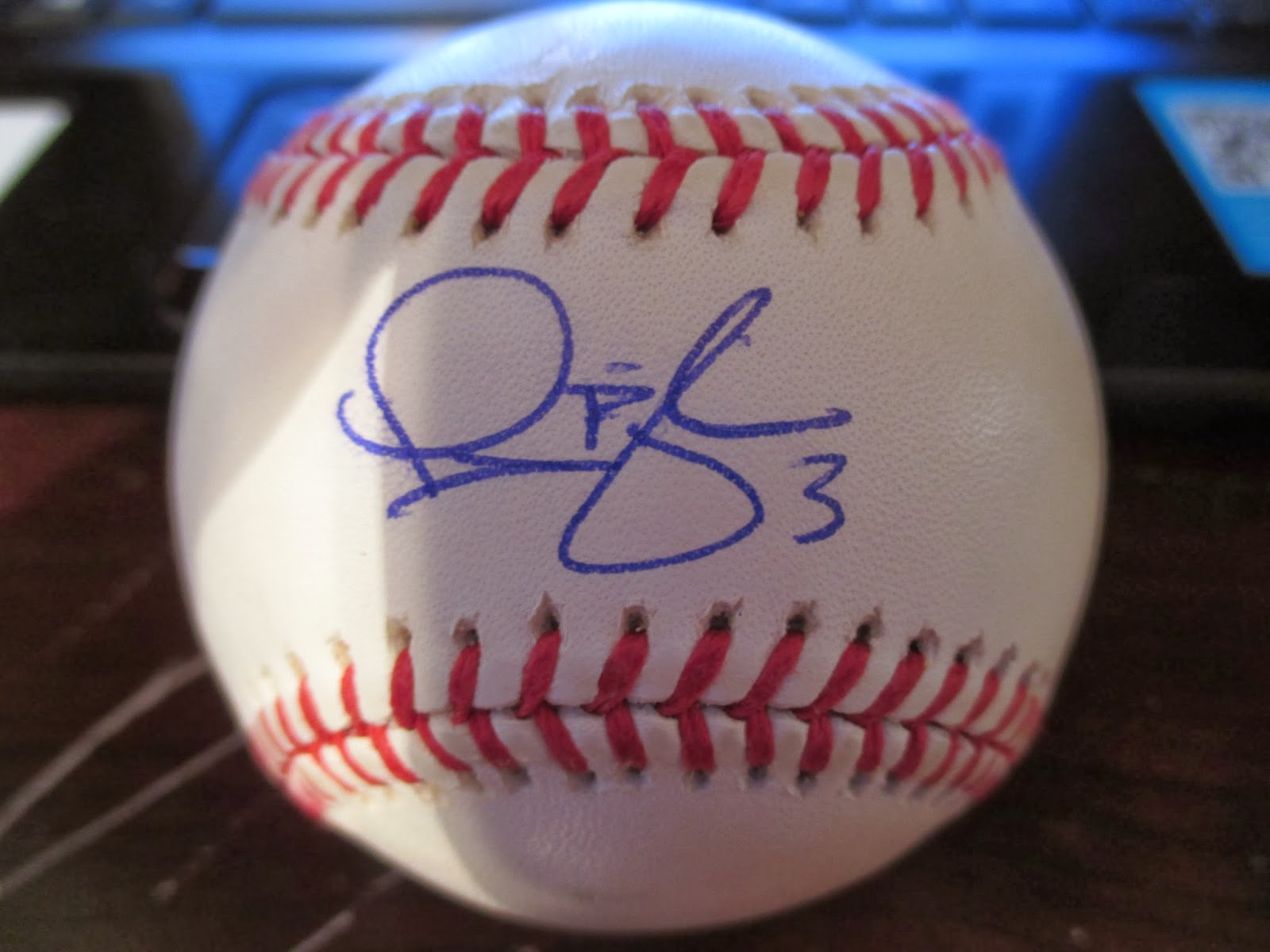 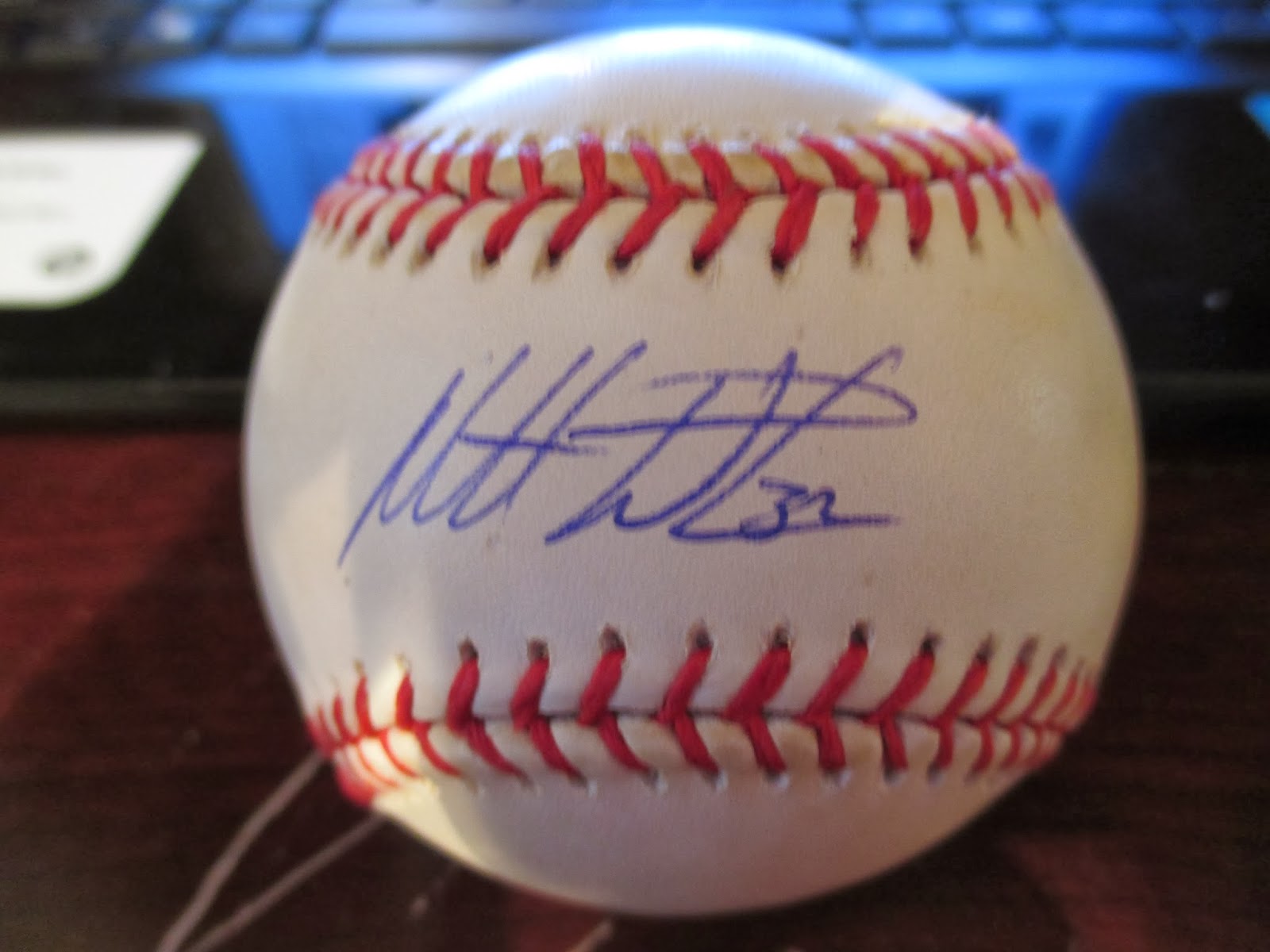 Finally, I was able to speak to Matt Wieters again.  I told him about how we met when he was playing with Frederick back in 2008.  Brandon Snyder brought him up to us and had him sign.  That was my first experience trying to get autographs of prospects at minor league games and it was a success.  Wieters was really nice to us this time around as well.  He kind of laughed off my asking him to go ahead and sign that extension, but it was all good. 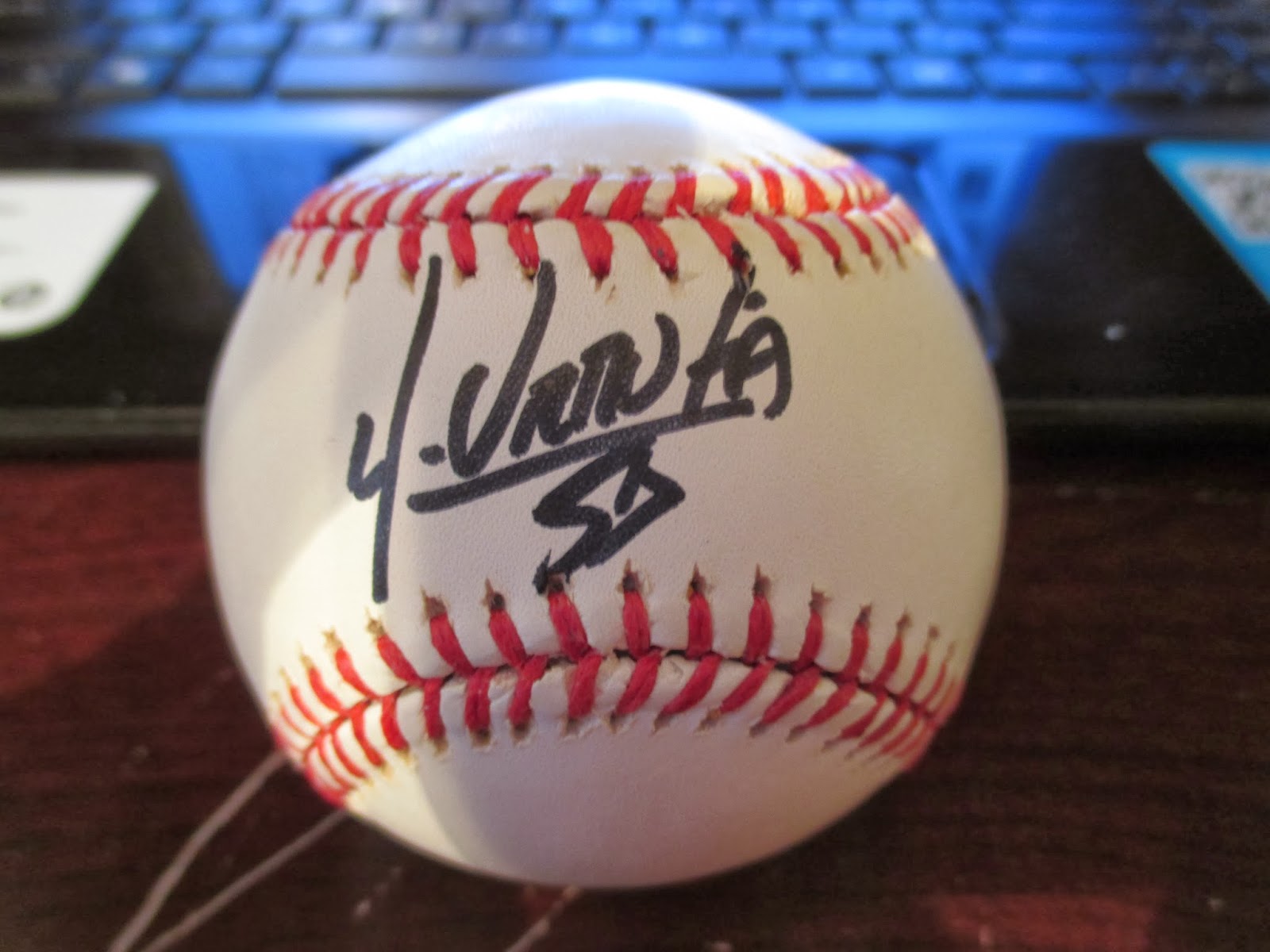 So, I got 4 guys signatures.  Each on baseballs.  I gave the De La Cruz ball to Michael since he needed it for his collection and the Wieters post card to Scott since he was so gracious to let Chris and I stay at his place.  We had a really good time and I seriously can't wait for the season to start.
Posted by William Regenthal at 4:30 PM