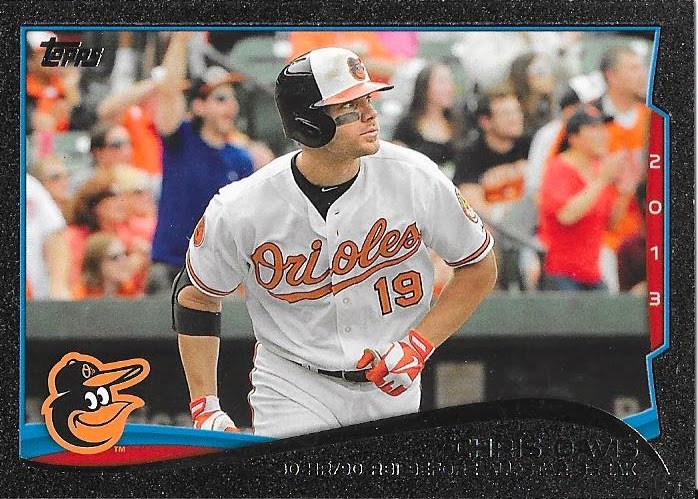 Going back to 2014 Topps, here is the black parallel of Chris Davis that I picked up off of Ebay.  I got this one for just over $7, so I'm pretty happy about that.  His black from last year has lingered as Buy it Now for $19.99.  I guess since this is only a checklist card, that's why I got it cheaper.  Who knows.

The card is numbered 42/63 and turned out really awesome on my scanner.  I still have a ways to go as far as the rainbow is concerned, but I think I'm doing pretty well with what I've picked up so far.  The black versions of the 2014 cards look really nice, in my opinion.  I do wish Topps would go with a different border color every now and then, kind of like what they did in 2007.  What would really be nice would be an off-the-wall type design, much like 1972 or 1975.  That would be really awesome.
Posted by William Regenthal at 5:36 PM