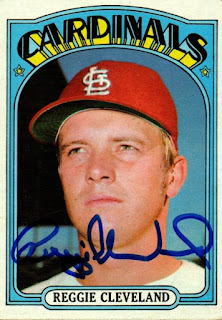 These cards of Reggie Cleveland sat in my to be TTMed box for a couple years since I was waiting to send out sparingly to guys who charge.  I had a little extra money, so I figured I would pull from that row, and fell upon Cleveland.  I figured it would be a good time to get these cards done, and at his price, I could send out several.
The above 1972 Topps turned out great.  I have quite a few signed 72s in my album, and this one will fit right in. 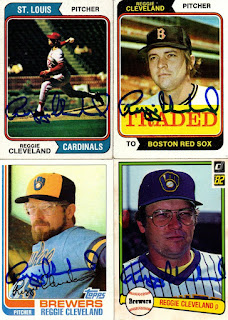 Posted by William Regenthal at 6:10 PM