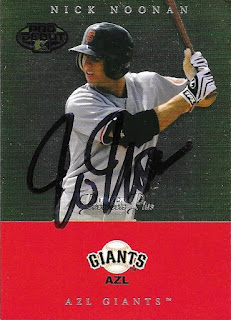 Here are some cards that I was able to get signed TTM recently from Nick Noonan.  I had seen Noonan when I was on one of my graphing trips with Chris, but didn't take any of his cards with me.  I was glad to get a couple of them signed, so it ended up working out.
I have a bunch of these 2007 Tristar Prospects Plus cards, and they look pretty nice when signed. 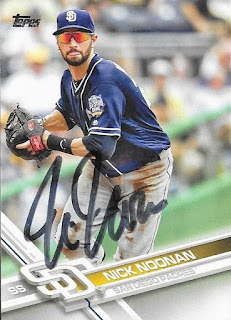 I mailed to Noonan on February 4 and got the cards back on February 12, for an 8-day TAT.

Posted by William Regenthal at 9:18 PM