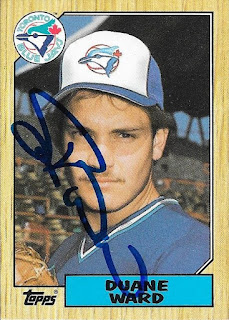 Another 1987 Topps was scratched off of my list when I got this one back from a private signing with Duane Ward.

Posted by William Regenthal at 12:01 AM