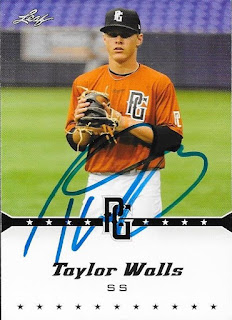 When I can get a 2013 Perfect Game card signed, I get pretty happy.  I bought a couple boxes of 2013 Perfect Game at the National a few years ago, and still have a bunch of base cards left over.  I have been able to get a few of them signed, and when I saw that Taylor Walls was signing TTM, I sent this one, and a few other cards out to him.  He doesn't have much of a signature, but hey, they're signed. 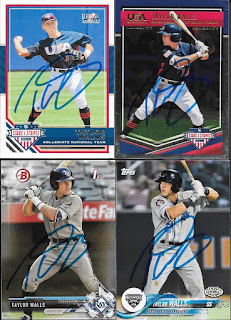 I mailed to Walls on January 2 and got the cards back on February 19, for a 48-day TAT.

Posted by William Regenthal at 11:59 PM