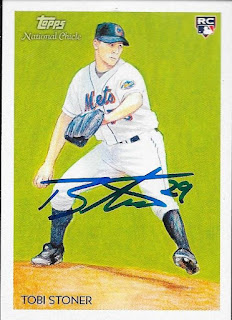 The 2010 Topps National Chicle cards look really great when they are signed.  I had this Tobi Stoner card since that set came out, and was glad to finally get it signed and into my album. 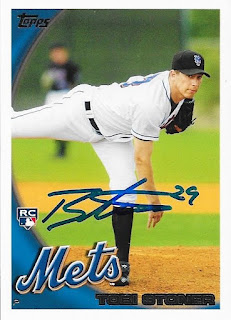 I also got Stoner's 2010 Topps signed.  Some folks don't like the "fish eye" design of the set, but I don't mind it.  What I don't like is the soil lettering. It is definitely hard to read, especially in a scan.