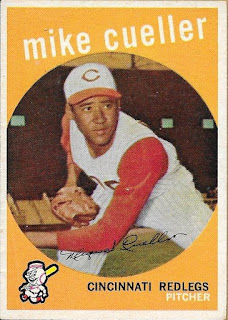 I have to say, I had one of my most successful card shows to date.  Not only with selling, but with the overall atmosphere of the show.  It was by no means busy, which would have been even better, but sales each day were pretty good for me.  I was able to meet up with several people throughout the show, and also got a couple new blog readers out of it.  That was really cool.  I hope it sticks.

I met up with a fellow blogger, Tim from I Love The Smell of Cardboard In The Morning.  He came by my tables at the end of the show and introduced himself.  We chatted for quite a while, and he was nice enough to hand deliver a care package.  I'll post that tomorrow.

Also, my buddy Tyler was able to have his own table today and did pretty decently selling.  Better yet, my son Chris got HIS own table, and actually sold a few cards himself so he would have a little spending money for the National.  In all, it was a really fun and successful day.

I did break my rule again (rules are made to be broken, right?  Or is it supposed to be records?  I forget) and buy a few "well loved" vintage cards from fellow dealer, Kurt.  I bought from him at the last show, and figured I would see what he was offering today.

The above Mike Cuellar rookie is a card that I already had in my collection, but I also needed one for my '59 set.  This one is in really good shape, and will fit nicely into the set. 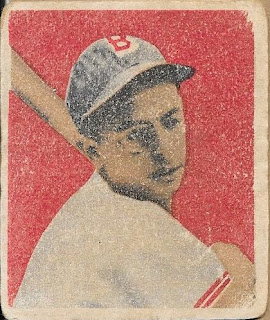 I do quite enjoy the 1949 Bowman set, so when I saw this Dom DiMaggio for a couple bucks, I figured I would pick it up.  It is pretty rough, but still looks so cool. 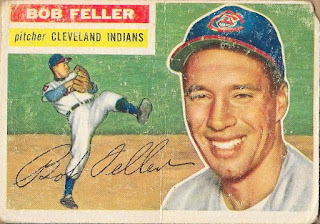 The last of the vintage cards was this 1956 Topps Bob Feller for the Feller PC.  I will probably upgrade it at some point, but for now, this one will do just fine. 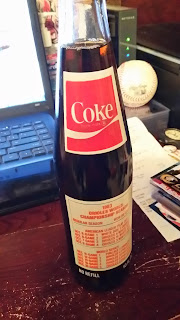 Something really cool that happened at this show started on Friday and continued into today.  I met a guy named Kevin on Friday evening.  He saw that I had a lot of Orioles stuff for sale, so he mentioned that his son would like what I had and would be back on Saturday.  They did, in fact, come back and his son, Brian, bought a couple cards from me.  They were really looking for some Chris Davis rookies, but I didn't bring any of the extras that I had with me.  So, I promised Kevin that I would send them a few in the mail since he didn't think that they would be back today.

Well, Kevin made a point to come back today, and was kind enough to give me a gift after he had checked out my blog.  He gave me the above 1983 Orioles World Series Champions Coke Bottle, which I really appreciated. 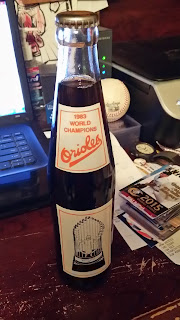 The bottle is something that Kevin has hung onto since it was produced, and now I have it.  That was really cool of him to hook me up.  In return, I will be hooking Brian up as well.  Pay it forward, as they say.

So, I would like to thank everyone who came by my tables this weekend, and I hope you know that the time I spent talking cards was something I truly enjoyed.
Posted by William Regenthal at 9:14 PM