Trade With Joey - Vintage and More In An Easy Deal 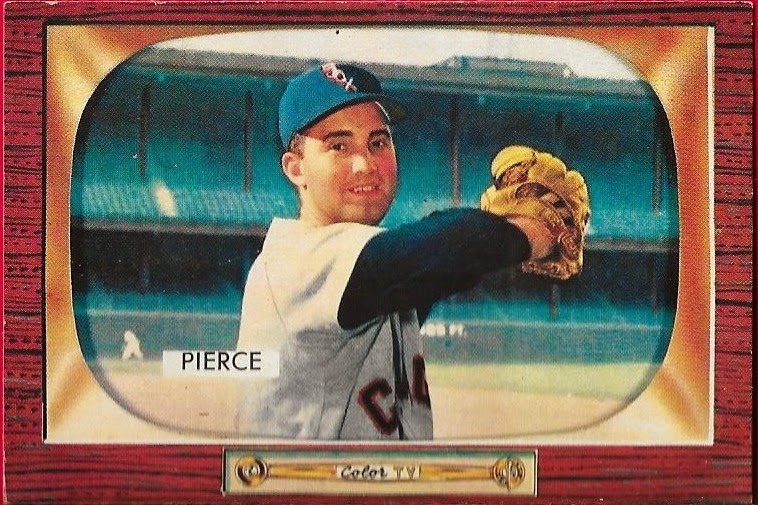 I got a nice package of stuff in the mail the other day from my good friend, Joey.  I sent him a bunch of Red Sox cards and a Phil Niekro Sweet Spot bat auto.  In return, Joey sent me a stack of vintage stuff (mostly Bowman) that he had. This 1955 Billy Pierce might be the best card in the bunch.  I took it out of the top loader and was amazed at the shape that the card was in.  There was still a great deal of gloss on the card, and the edges and corners were really sharp. 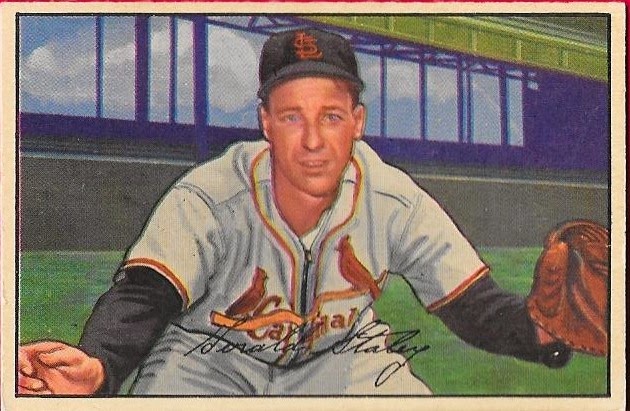 This 1952 Bowman Gerry Staley is also in great shape.  I love the '52 design.  Once I finish my 1948 Bowman set, I may consider doing another one of their sets.  It will be really tough to decide which one, though. 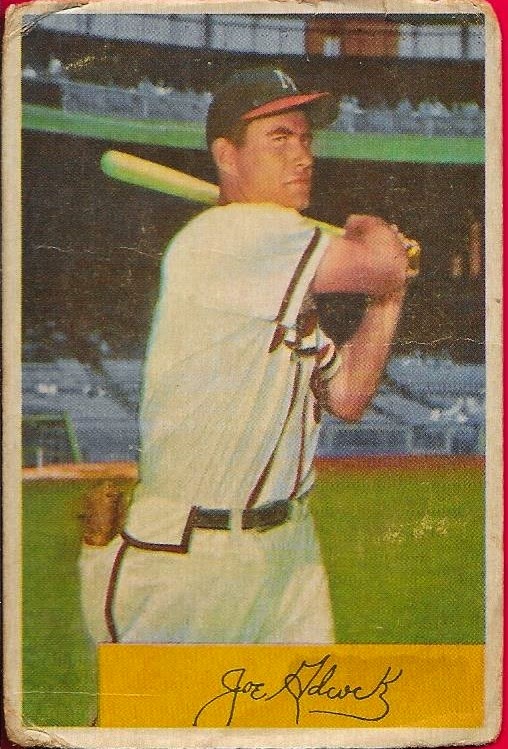 This Joe Adcock card was a little rough, but still was really cool.  Adcock was a great player in his day, but is always overshadowed by his teammate, Eddie Mathews and later by Hank Aaron.  He had a really good career, clubbing 336 homers, but his other stats don't really stand out.  Doesn't matter, though, this is still a really awesome card. 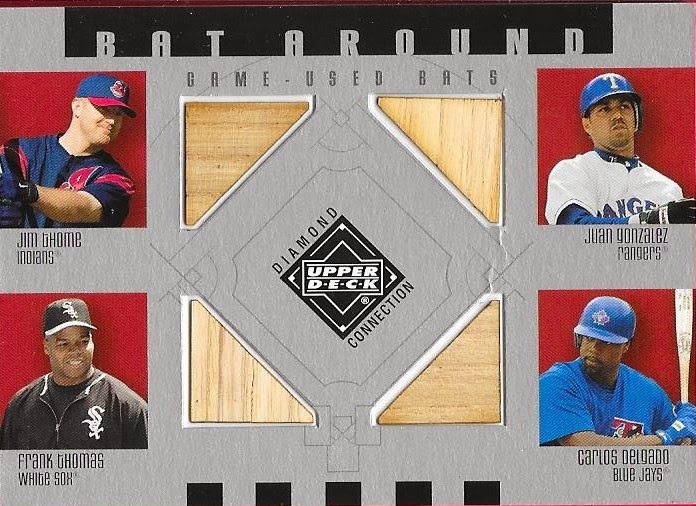 Finally, I got this quad relic card from Joey pretty cheaply since there is a good bit of damage on the card.  It is a quad bat card of Thome, Thomas, Juan Gone and Delgado.  One of the guys on the card is already a Hall of Famer and another (Thome) will be.  The other two guys could make a case for themselves, but I highly doubt they ever get in.  Oh well.  It still is a really cool card.

Thanks for the deal, Joey!  I really appreciate it and I know we will do a bunch more in the future!
Posted by William Regenthal at 6:42 PM