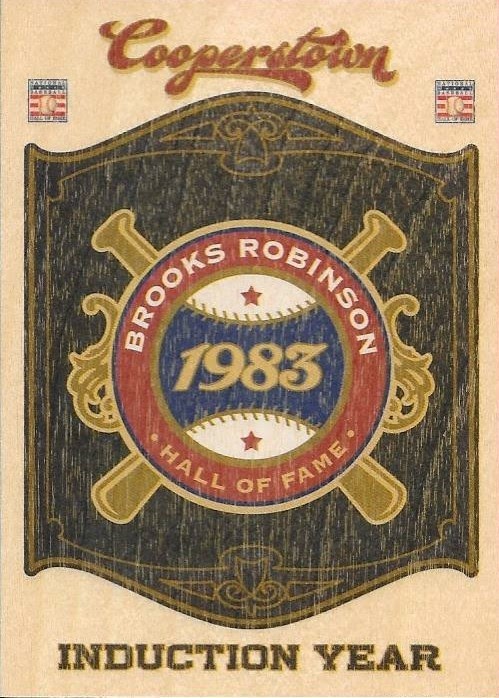 A while ago, I got a care package in the mail from my buddy, Ben.  In the package was a bunch of Orioles cards, many of which I needed in my collection.  The above 2012 Panini Cooperstown Induction Year card of Brooks Robinson is really nice, as it is made of a thin piece of wood.

I have the Walter Johnson version of this card, but definitely was pleased to have the Brooks added to my PC.  I knew it existed, but I hadn't gotten one until now. 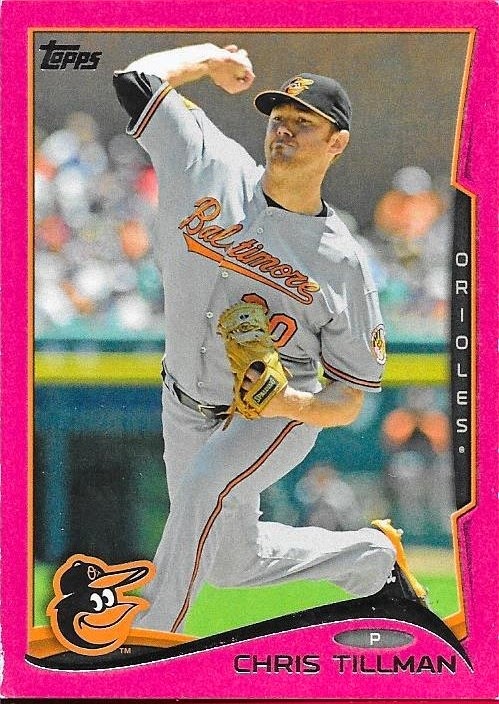 Another nice card that Ben included was this 2014 Topps Chris Tillman pink parallel numbered 30/50.  I didn't have this one, either, and I don't have a whole lot of Tillman stuff.

I had sent Ben several Orioles rally towels from Fan Fest for him and his family, and apparently, they were a hit.  Ben is a really nice guy, and I'm glad we have connected over cards.  Thanks for the package, Ben!
Posted by William Regenthal at 5:41 PM