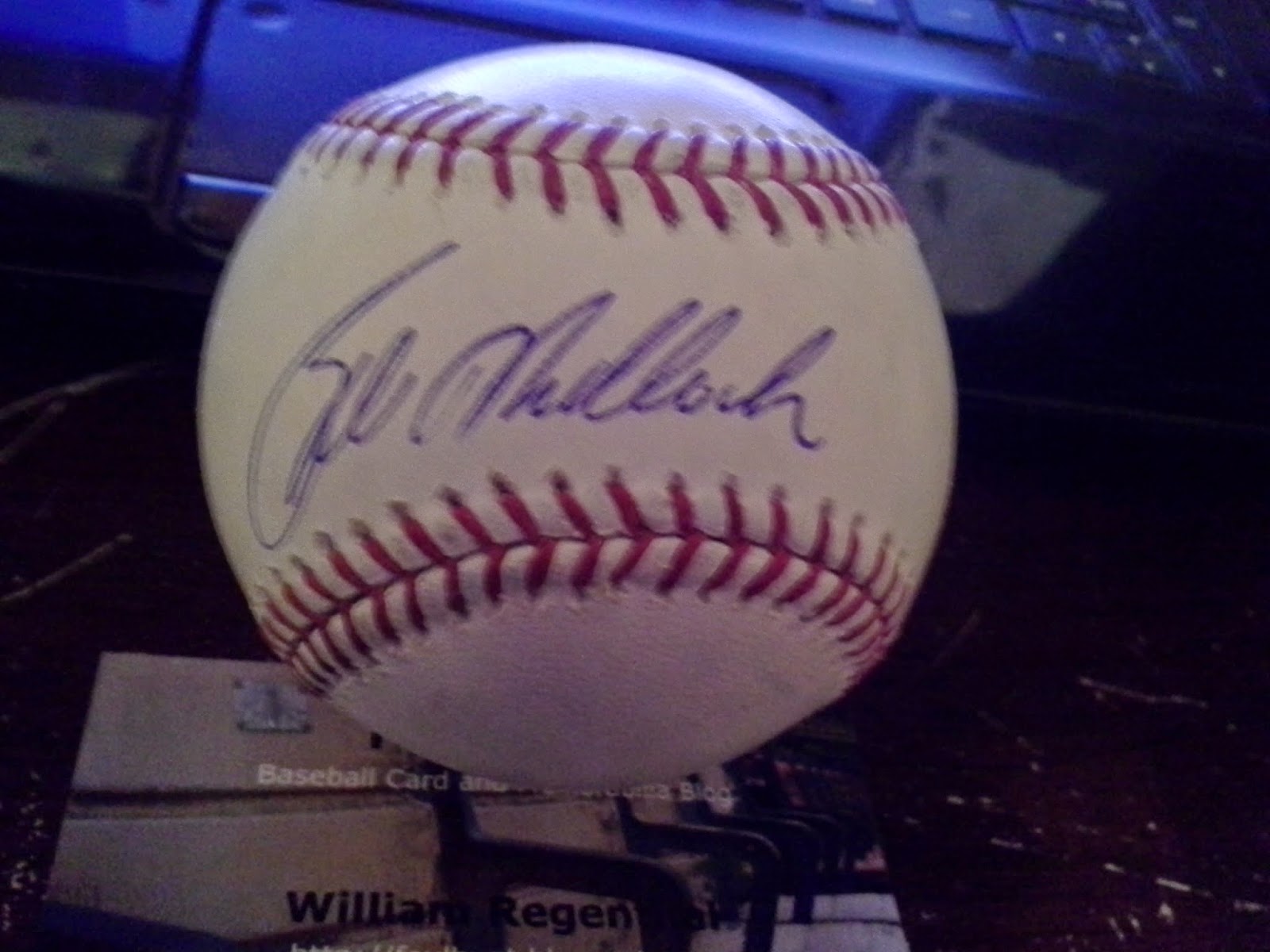 My good friend, Max, recently went to Cubs Convention in Chicago and picked up a ton of autographs in person.  I had reached an agreement with him to get me the above baseball signed by Bill Madlock.

Madlock probably won't get into the Hall of Fame, but he had a great career and I'm happy to have this baseball.  Thanks, Max! 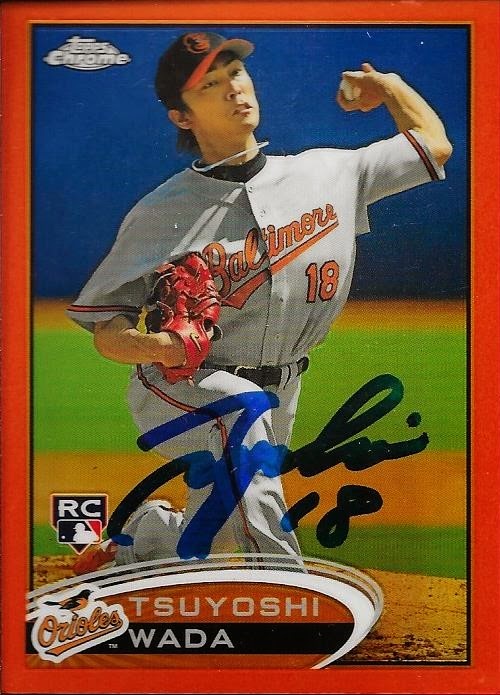 Max went above and beyond by also including an amazing array of signed cards that he had picked up at the convention.  It appears that a lot of them were ones I had sent along, such as this 2012 Topps Chrome orange refractor of Tsuyoshi Wada. 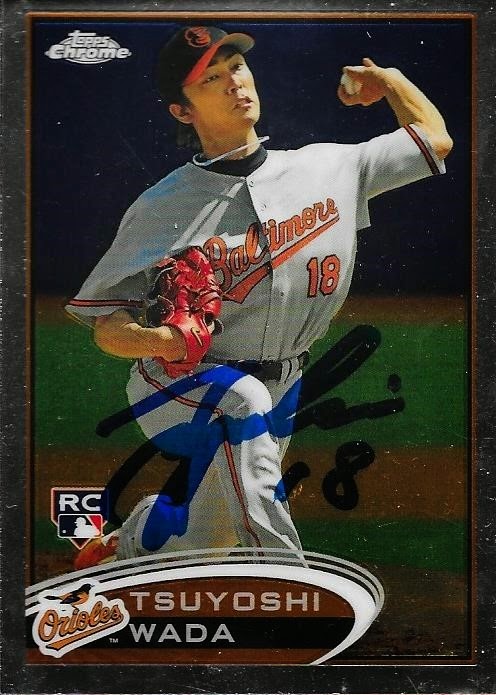 This Wada was really nice as well.  I had sent Max quite a few of them, and I wasn't expecting to see them again, but it was really cool of him to think of me when he was getting them signed. 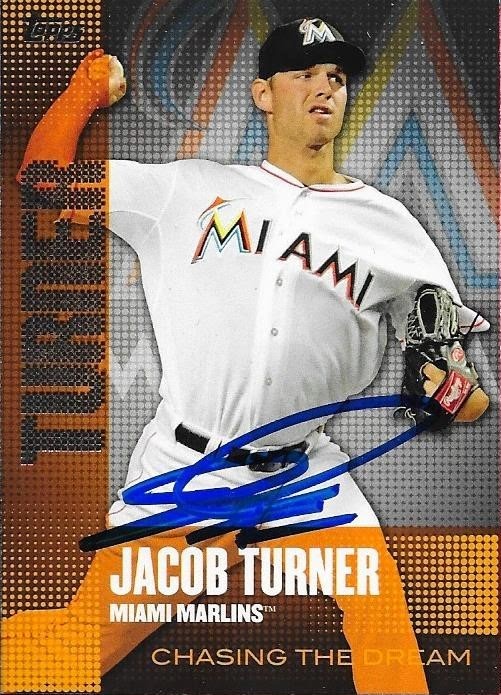 Max and I had a little confusion not too long ago when I was on Skype with him and we were going through cards together.  He was talking about how Jacob Turner was now a Cub, and I had thought he said Justin Turner.  So, I sent him a bunch of Justin Turner cards.  Oops.  Now I know, and knowing is half the battle. 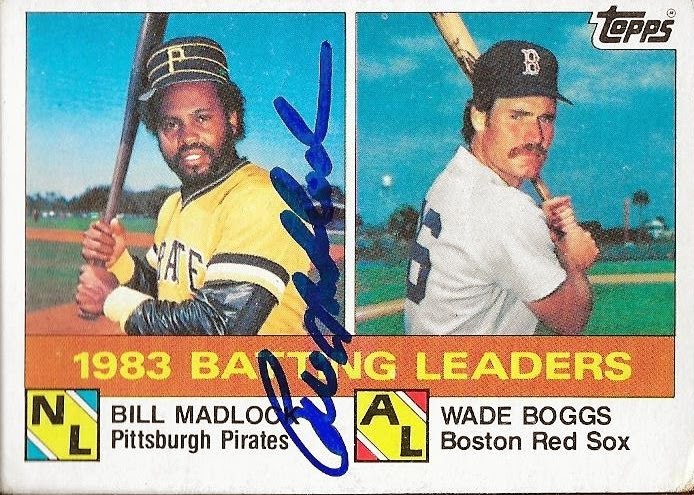 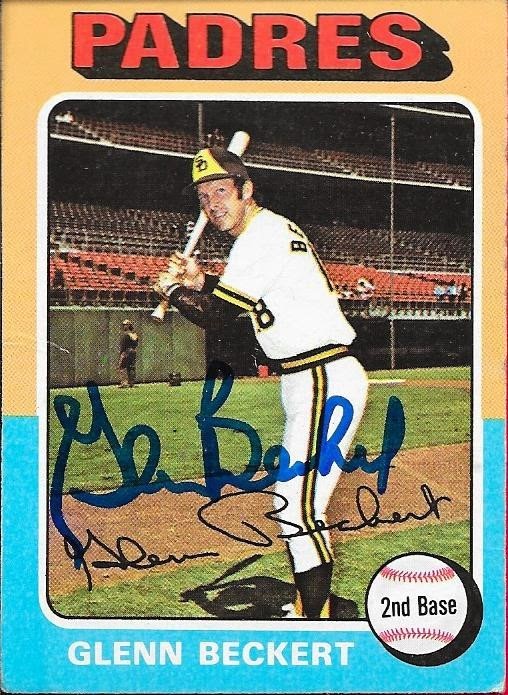 Here is an IP auto of Glenn Beckert on a 1975 Topps.  Max had a ton of 75s and ended up sending me a bunch.  I am sitting on them at the moment, trying to figure out what I want to do with them.  I may collate them and get Chris to worn on building a set when he is older.  We'll have to see, though. This Bob Dernier was really unexpected.  I actually had sent some of Dernier's cards to another guy from Instagram and the 1990 Topps was in the package.  That's kind of funny, but Max wasn't the person who had asked for them. 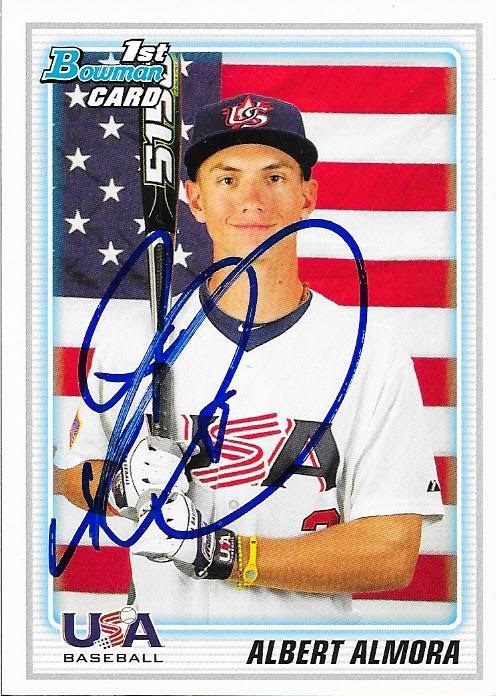 This Albert Almora card was among one of the first deals I made with Max.  I was really happy to see it in the package.  I had bought a ton of these when I was at the National in Baltimore in 2012 out of a dime box.  It was really cool to see the card again, and this time it is signed.  Not bad for a dime. It has been a long time since I have posted a 1987 Topps card on the blog.  This Lee Smith card scanned really well and the black sharpie auto accentuates the card, I think.  It just looks sharp.  The fact that Smith will eventually get into the Hall of Fame is an added bonus. 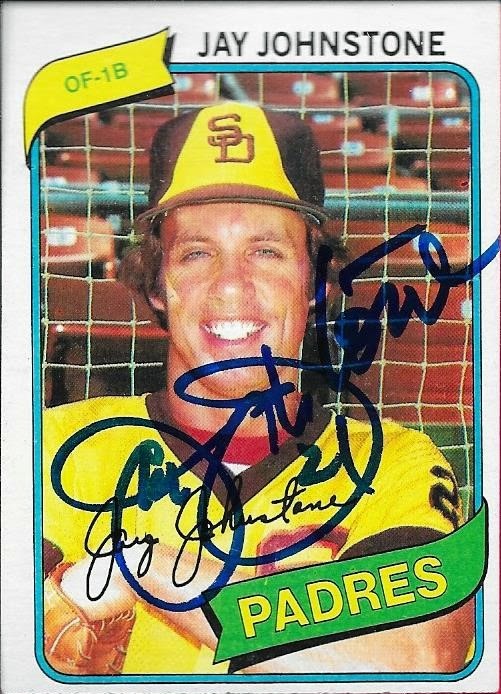 This 1980 Topps Jay Johnstone is really cool, mainly because of the hideous Padres jersey.  I love the late 70s, early 80s jerseys.  They were so colorful. 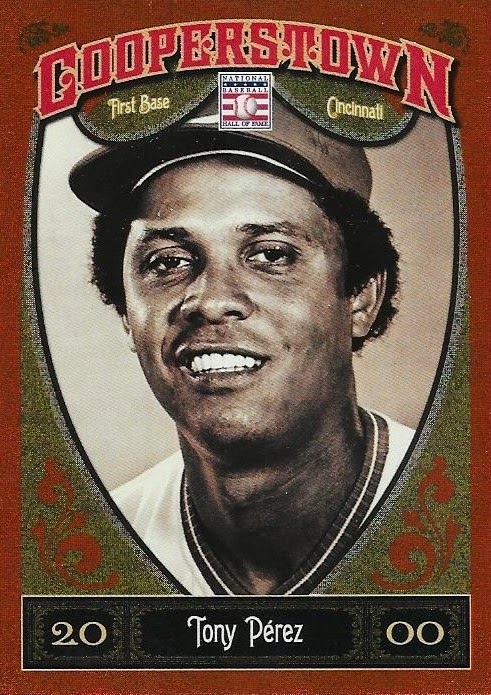 Max threw in some 2013 Panini Cooperstown cards in the package since he knows I like Hall of Famers.  This orange sparkle of Tony Perez looks really cool in person.  It didn't scan very well, but trust me, it looks nice. 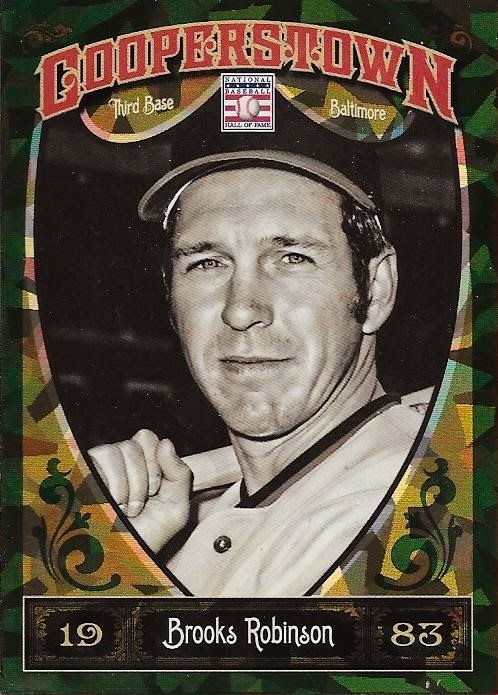 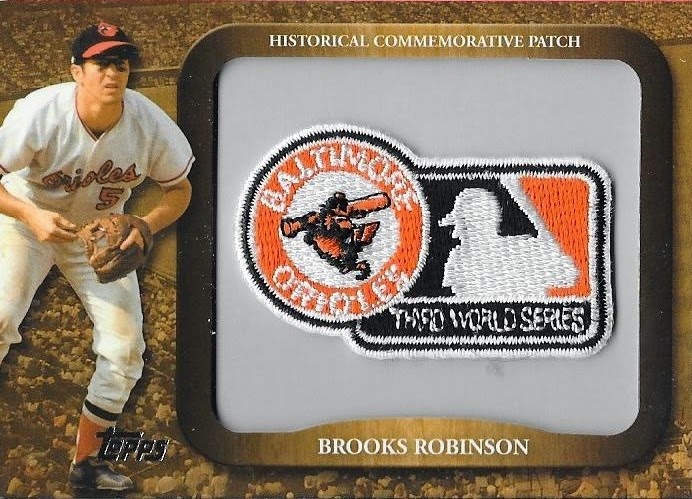 This 2009 Topps manufactured patch card was another that I needed.  I have avoided picking up these because I am still working on the letter patch set (can someone PLEASE find me the R?) but this one is a really cool card. 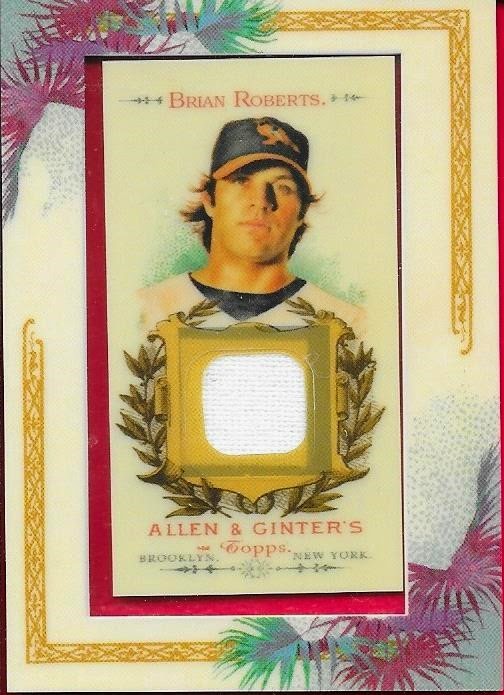 Finally, Max added this 2007 Allen & Ginter Brian Roberts relic to the deal.  I already had a couple of these, but it has been a while since I have gotten a Roberts relic and this brought back fond memories of the player who got me back into collecting.

Thanks so much for the package, Max.  It was full of so much great stuff, and almost all of it was unexpected.
Posted by William Regenthal at 7:38 PM