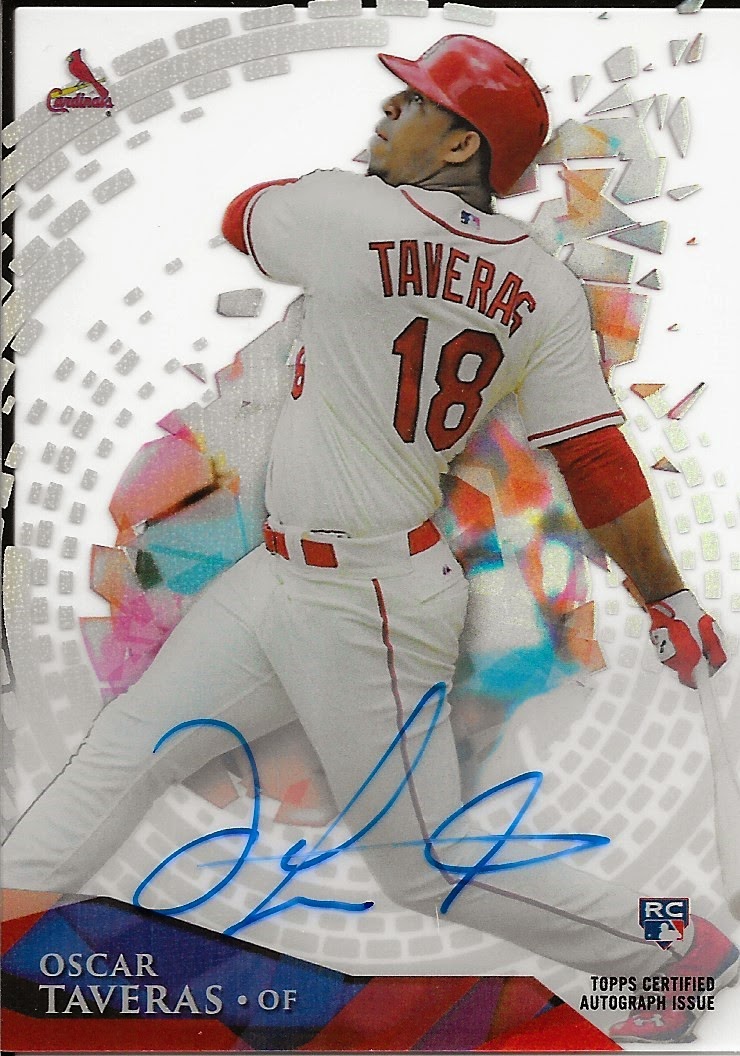 I completed another trade on Instagram with Cameron last week when I sent him a 2014 Bowman Sterling refractor and auto of Andrew Heaney (two cards).  In return, Cameron sent me this 2014 Topps Hi Tek Oscar Taveras auto.

I initially had a hard time settling on something in Cameron's collection that I wanted for the two Heaneys, but when he said that he would give the Taveras up, I jumped on it.  I had wanted a Taveras auto well before he died, and I fully intend on keeping it, since I don't believe in cashing in one one's demise.  I also really enjoy the Topps Hi Tek autos, so adding this was a no brainer.

Cameron also included a bunch of nice cards in the package he sent like a 2014 Topps Chrome RC of Taveras, a couple chrome Altuves and a chrome Jon Singleton RC.  I really enjoyed all of the extras he threw in as well.

Thanks for the deal, Cameron!
Posted by William Regenthal at 1:38 PM