A Care Package From Frankie 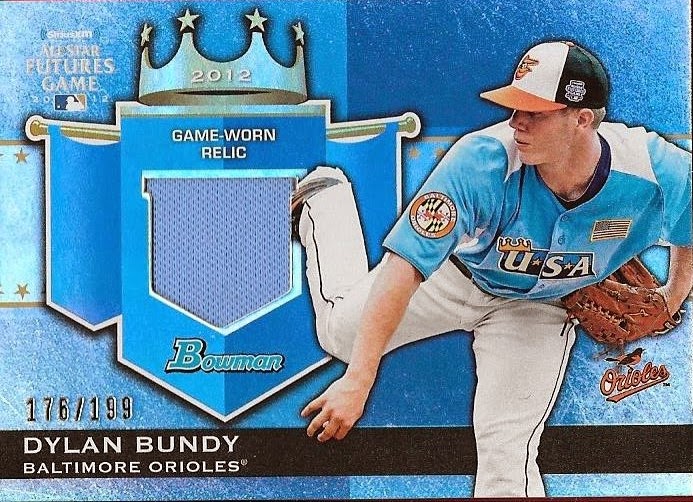 It was about this time, 6 years ago, that I met a young kid who had a great blog and huge enthusiasm for cards.  That kid was 12 years old and now he is in college.  I took Drew under my wing and we forged an amazing friendship.  When I heard that Drew took a liking to a young kid with a new blog and had dispensed a great deal of advice, it was like a torch had been passed.

Drew met up with Frankie, of the blog: My Life in The Sports Card Hobby, at a card show in New York and told me about it the next day.  It was really cool to see Drew kind of mentoring a young person in the hobby, much like I had done with him over the years.  After Drew told me about his blog, I went and read a bunch of Frankie's posts.  He has an amazing collection, even though he is a Yankee fan.  So, to introduce myself to him, I sent Frankie a care package consisting of one item that I thought he might need for his Yankee autograph collection.  I was right, he hadn't acquired the auto I had sent, so I did a good job of finding something that helped him out.

While I didn't want anything in return, Frankie insisted that he send me back a care package, and I got it a few weeks later after a little big of a blogosphere mix-up.  You see, the package Frankie meant to send to me, actually went to Drew, and I received a package intended for Drew.  We laughed it off, and fixed the issue and now I have a few amazing cards that Frankie had sent my way (via Drew).

The above 2012 Bowman All Star Futures Game relic of Dylan Bundy is a really great card.  The card is numbered 176/199 and looks really awesome in person. 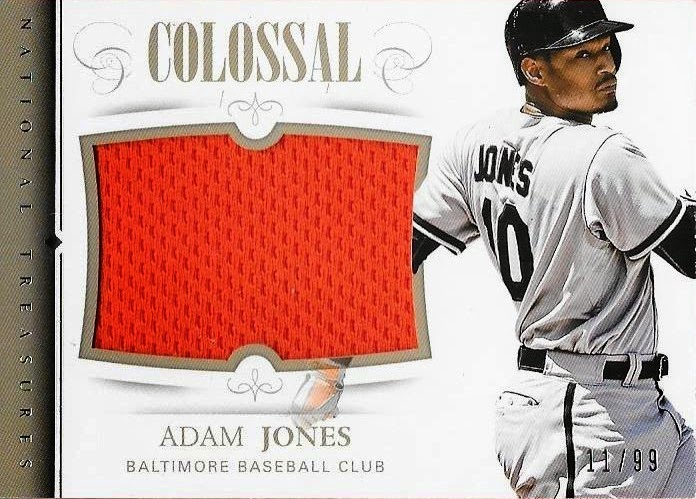 Another of the cards that Frankie sent was this 2014 Panini National Treasures Adam Jones jumbo patch card numbered 11/99.  I have gotten so many amazing patch and relic cards lately, I'm going to go broke buying magnetic cases to fit them all.  I also need to get a new storage box for all of my amazing relic cards.

Thank you so much for the package, Frankie.  I really hope that you have enjoyed your time in the card community so far.  You have gravitated toward a great mentor in this hobby (Drew) and I hope you can grow your collection into something far more amazing than it already is!
Posted by William Regenthal at 9:12 PM