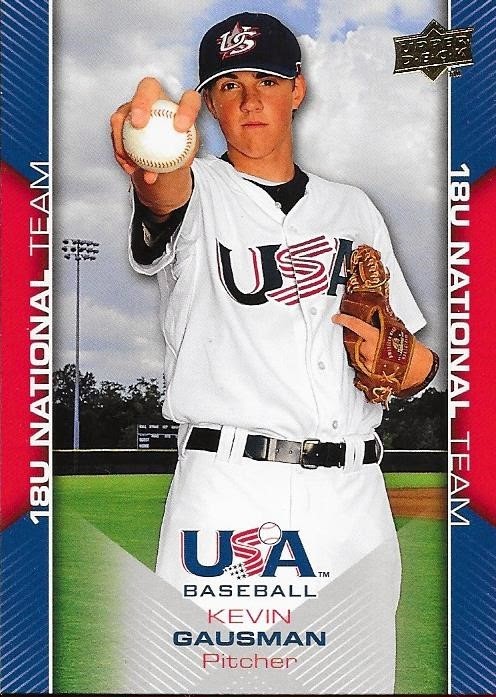 I completed a trade a long time ago with a kid named Donny that landed me these Kevin Gausman cards.  I don't quite remember what I traded him, but I feel like it was a bunch of David Wright cards.  Anyway, the Gausmans were from his Team USA 18U squad, like this card above (2009 UD USA Box Set), and the below 2009 Upper Deck card. 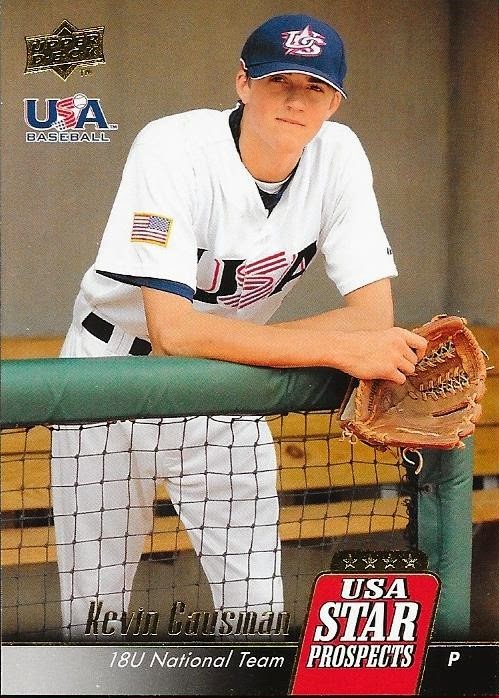 I may have had these before, but I was glad to part with some David Wright cards to get these.  I've never been a big Wright fan, so getting these was a nice bonus. 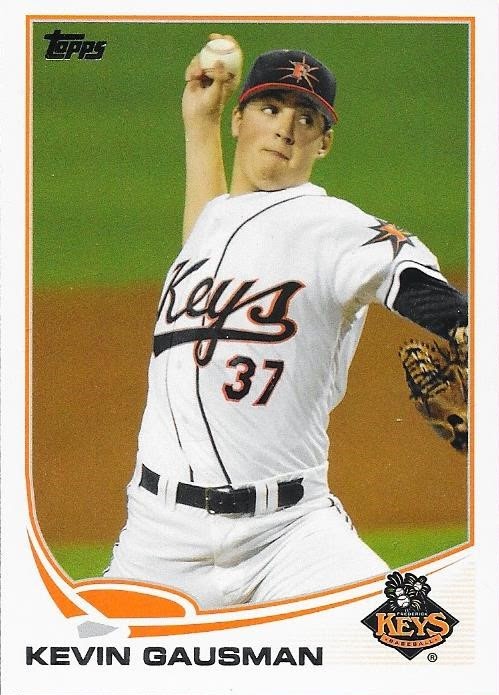 Another card that Donny included was this 2013 Topps Pro Debut card from when Gausman was a member of the Keys.  Since they are the O's Minor League affiliate that I am able to see the most, I enjoy being able to get some of their cards.

Hard to believe that Gausman is already in the Majors.  He did pretty well last year, and Gausman's success will determine the type of year the entire team has, so a lot is riding on him.  I look for him to have a big year and firmly establish his spot in the Orioles rotation.
Posted by William Regenthal at 8:23 PM