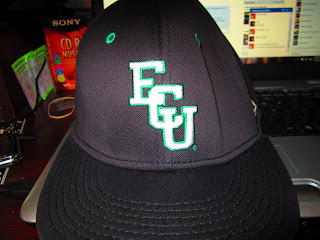 Yeah, I'm not happy.  I have every right not to be.  I have sat here and watched the Orioles for 20+ years, only to be rewarded for 3 of those seasons.  Last year felt so good to see the team come together, fight and never give up.  They played with pure heart.  This season's team?  Not so much.  Jim Johnson has been wildly inconsistent.  Nick Markakis can't buy an extra base hit, let alone in the clutch.  Adam Jones is no leader.  Yeah, I said it.  He can be a leader when he stops swinging at low and away pitches 2 feet out of the strike zone with no outs and a runner on third.

Yeah, this season has had enjoyable parts.  Watching Orange Crush chase the HR record (of 61 homers) has been fun, but he likely will come up short, but 50+ will still be nice.  Manny Machado has cemented himself as a future star among the likes of Bryce Harper and Mike Trout.

The Orioles pitching has been crap this year, save for Chris Tillman.  Dylan Bundy had Tommy John surgery and is likely out til at least July, if not August next year.  Brian Matusz is so soft between the ears, he has no hope of being a legitimate top of the rotation start like he was billed when he was drafted with the 4th overall pick in 2010.  Kevin Gausman has been a disappointment.  At least to me.  He hasn't shown me anything special.

So, it is time for me to divest myself from this season and to stop living and dying with every game.  I'll check the box score from time to time, but I can't take much more of this joke of a 'team' playing well below what they are capable.

That being said, here are some things I can do instead of wasting my time watching MASN for the rest of the season:

Yeah, it'll feel good to step away, which I definitely will be doing.  For all of you whose teams haven't locked their heart in the cabinet under the sink, I say good luck to you in the playoffs.  I'll probably be pulling for the Cardinals and Pirates.
Posted by William Regenthal at 10:22 PM